Charlie Brooks spent her weekend throwing it back to the old days of EastEnders, meeting up with some of her former co-stars.

The actress, who plays Janine Butcher in the BBC One soap, met up with Nabil Elouahabi and Gary Beadle to support Lucy Speed, who is currently directing a play in London called How to Have a Baby and Not Lose Your S**t.

Lucy, who played Natalie Evans aka Barry Evans’ wife, posted an amazing picture on her Instagram sharing an iconic moment with her friends. 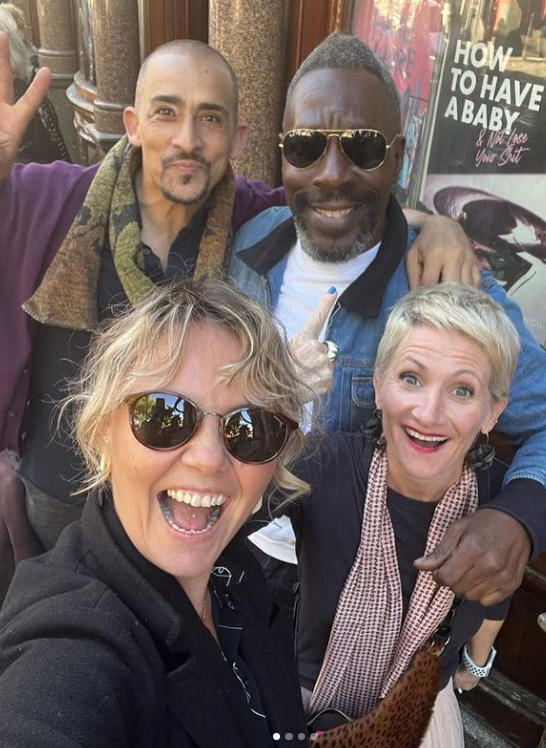 She wrote alongside: ‘Another glorious surprise reunion at the matinee of @HowtoHaveaBaby1 my heart is full of [heart emoji] and laughs. And so many mates old and new. Thankyou!’.

Charlie is currently still on screen as Janine, but it has previously been confirmed she will once again leave the role.

‘I was only ever due back to EastEnders for a year,’ Charlie told The Sun, discussing her exit, ‘but when [exec producer] Chris Clenshaw presented me with his idea for the story, I couldn’t say no to staying a little longer.

‘I’ve had an amazing time, as I always do when I go back.

‘But as always with Janine, she probably should not outstay her welcome — for everyone’s sake.’

It is not yet known how exactly Janine will leave Walford but with Ricky set to stage a comeback beforehand, viewers can expect her exit to be an explosive one, with a source telling the publication that ‘massive stories’ are planned.