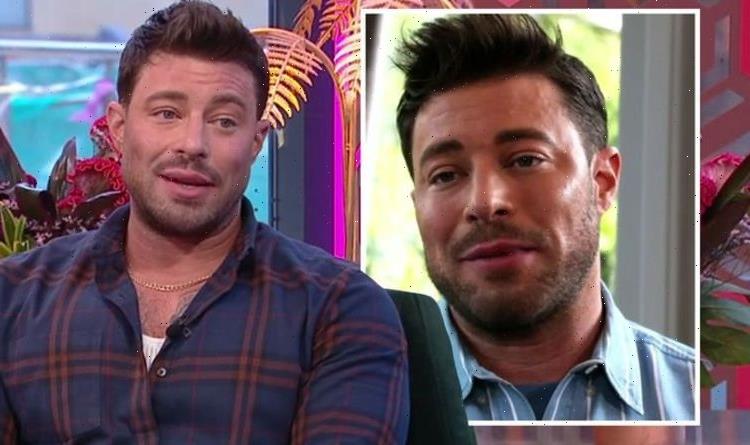 Duncan, 43, joined Steph McGovern, 39, on her Channel 4 chat show to speak about his health condition which he discovered he had five years ago. During a pre-recorded video, the former Blue singer explained how he had to undergo an emergency operation when a disc slipped out of place and landed on his sciatic nerve that could’ve left him paralysed if he had not sought medical treatment straight away. The condition called Cauda Equina Syndrome has resulted in having permanent loss of feeling in his left leg and as he explained on programme, this is something he will have to deal with for the rest of his life.

In the pre-recorded video, Duncan explained how he had just landed one of his dream roles by starring in the hit musical, Priscilla Queen of the Desert.

It was during this job he realised he was getting a lot of pain in his back from wearing heels and one day, he woke up and everything down his left leg was numb.

The singer also lost control of his bladder and it was in this moment, he realised he needed help and he was rushed into hospital.

Once there, the medical team told him he had Cauda Equina Syndrome, which explained the symptoms the former Blue star was suffering from.

They told him he might not be able to walk again if he didn’t follow their advice and so the musician went under the knife. 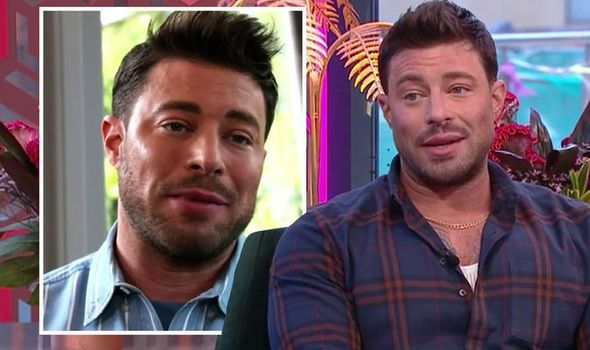 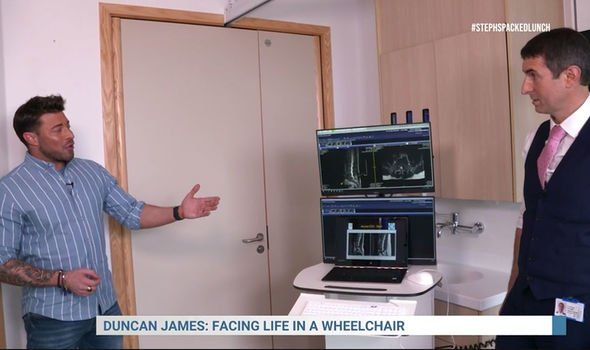 The pre-recorded video concluded with Duncan stating it was “important” to keep up the recovery but in the studio with Steph, he delved into the health condition a little further.

He explained he had “a little scare a few weeks ago” as his symptoms flared up again and he had to have some injections to help with the pain.

“I will just have to deal with it for the rest of my life,” the singer said as he spoke about the constant feeling of fear he has for falling back into the Syndrome.

Talking with the presenter, the musician explained he had become the patron of the Cauda Equina Champions Charity. 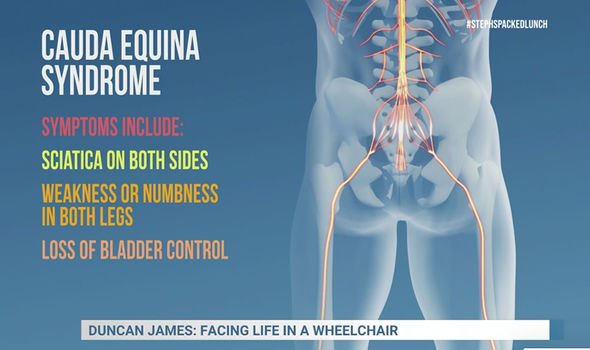 I’m going to have for the rest of my life

Steph said: “When you don’t know much about it, it must be hard to know what the future is going to be like.

“That must be quite scary because there is talk of potentially needing a wheelchair in the future,” she continued as Duncan remarked how he had “no clue” what was going on at the time.

“All I know is my leg went completely numb and I lost my bladder control and I just thought, ‘That’s not normal’.

“So I took myself into the hospital and was treated straight away and thankfully, I was operated on pretty quickly.

“The thing about Cauda Equina Syndrome is the longer you leave it, the more damage you’re going to get,” he added. 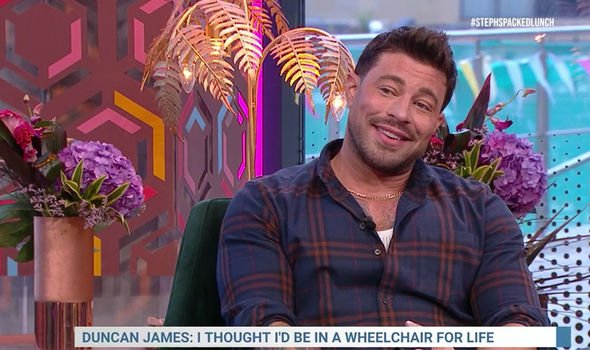 “Thankfully, I’ve only been left with numbness down my leg which I think I’m going to have for the rest of my life,” Duncan admitted.

“[I still have it] and it’s been five years now,” he explained, adding: “I can’t feel my bum cheek or anything down my leg.”

“It’s weird. At the time the doctor said to me – which is so scary, I was in my 30s – you could be catheterised for the rest of your life and you could have erectile dysfunction.

“I was like, WHAT?!… Thankfully I was ok but, sadly, there are many people out there who have not been so lucky and do suffer with this and it isn’t a laughing matter.”

Duncan also stated how his mother was an “incredible” support to him during his recovery as he tried to get back on his feet.

“She looked after me. She came up and lived with me until I got myself moving more naturally,” the singer detailed.

Towards the end of the interview, the musician said he had been living a “care-free life” up until the moment he began to experience symptoms.

He said he now has to be “careful” of what he does and he has to make sure he “takes care” of himself in the future.