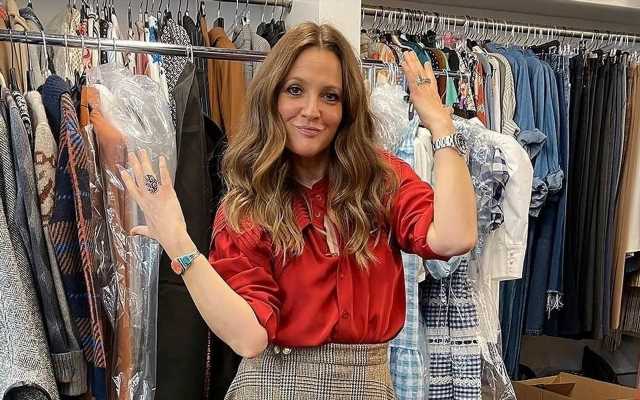 The ‘Drew Barrymore Show’ host is celebrating as she picks up multiple nods for her first-ever Daytime Emmy Award nomination, thanks to her new chat series.

Drew has yet to comment on the nomination, but retweeted an article from Entertainment Tonight about the honour, which read, “ET has a first look at 2021 Daytime Emmy nominees!”

The outlet also announced the nominees for Outstanding Performance by a Lead Actress in a Drama Series, with Melissa Claire Egan up for her role in “The Young and the Restless“, alongside “General Hospital” ‘s Genie Francis, Nancy Lee Grahn, and Finola Hughes, and “The Bold and the Beautiful” ‘s Jacqueline MacInnes Wood.

The full list of nominees for the 48th Daytime Emmy Awards will be revealed on Tuesday (25May21), with the awards themselves taking place on 25 June.

“The Drew Barrymore Show” is additionally up for Outstanding Entertainment Talk Show, facing off “The Ellen DeGeneres Show“, “The Kelly Clarkson Show“, “Today Show with Hoda & Jenna“, and “Live with Kelly and Ryan“.

It’s also up for Outstanding Daytime Promotional Announcement along with Nickelodeon’s “The Astronauts“, “Kid of the Year“, and 2020 Kids’ Choice Awards, as well as ABC’s “Good Morning America” and Netflix’s “Jurassic World Camp Cretaceous“.