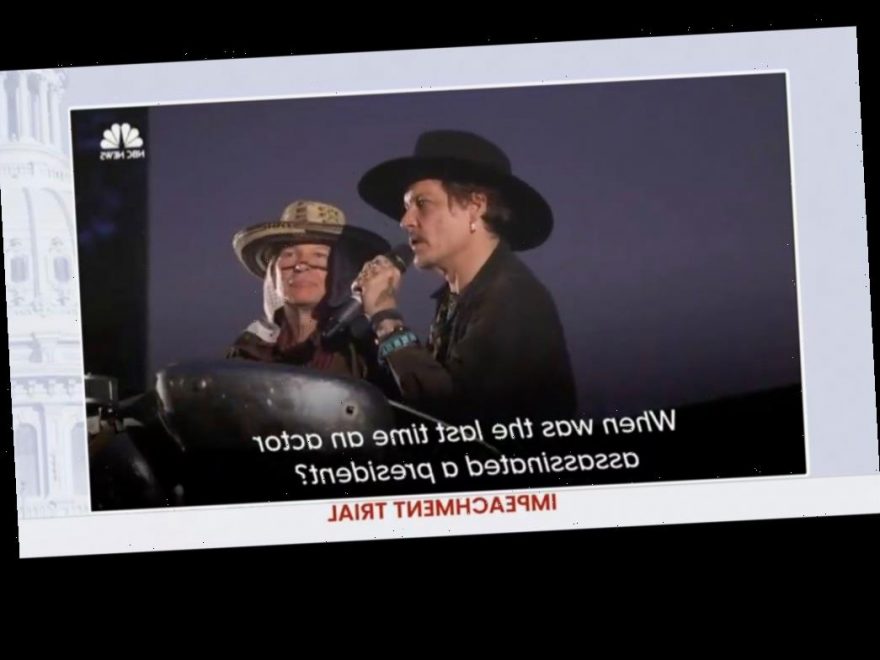 One of the central arguments that Donald Trump’s lawyers made in presenting their defense on Friday was the Democrats have made just the kind of provocative rhetoric that the former president was accused of when he was impeached for inciting the Jan. 6 Capitol siege.

One clip package his legal team showed interspersed remarks made by Nancy Pelosi, Elizabeth Warren and Joe Biden with those made by Madonna and Johnny Depp.

Depp was shown saying, “When was the last time an actor assassinated a president?” That was from an event in 2017, and Depp later apologized.

Another snippet was from the Women’s March that year, in which Madonna was shown telling the crowd, “I have thought an awful lot about blowing up the White House.” She later said that the remark was taken out of context.

Trump’s attorney David Schoen also accused the House impeachment managers of selectively editing Trump’s words in their video-heavy presentation. The Democrats’ case is focused in part on what Trump said at a rally earlier in the day on Jan. 6, when he told supporters, “We fight like hell and if you don’t fight like hell, you’re not going to have a country anymore.”

Also presented was a montage, lasting nearly 10 minutes, of Democrats using the word “fight” in speeches and statements, including Rep. Jamie Raskin (R-MD). But just as Trump team accuses impeachment managers of taking his words out of context, the video snippets also did not provide the setting or situation in which they were made.

Earlier, another Trump lawyer, Michael van der Veen, said that the article of impeachment against Trump was “blatantly unconstitutional act of political vengeance.”

He also repeated early defenses of Trump’s Jan. 6 remarks, that they were protected by the First Amendment.

“Mr. Trump was elected by the people,” he said. “He is an elected official. The Supreme Court said elected officials must have the right to freely engage in public speech.” He called the impeachment trial “constitutional cancel culture.”