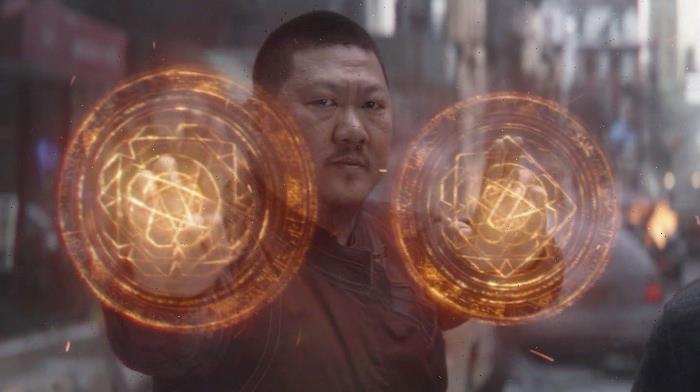 Benedict Wong was on the red carpet last night for the world premiere of Shang-Chi and the Legend of the Ten Rings. In the film, he reprises his role as Wong from Doctor Strange and, apparently, fights the Abomination in a cage match.

We’re still two weeks away from Shang-Chi‘s theatrical release, but, as is the case with most movies in the Marvel Cinematic Universe, inquiring minds want to know about the next one before they’ve even had a chance to sit all the way through this one. People are already looking ahead to next year’s Doctor Strange and the Multiverse of Madness, and Marvel Studios knows that. While speaking to Marvel Entertainment on the red carpet, Wong revealed (to Marvel?) that it is taking a multiverse approach with filming the Doctor Strange sequel, to avoid spoilers from leaking.

Below, you can see the full video (via ScreenRant) of Wong jawing with Marvel about Shang-Chi and Doctor Strange and the Multiverse of Madness. He talks about how he’s glad to not be the only Asian in the MCU anymore and teases that, in the post-Avengers: Endgame movie landscape, Wong will “start to relieve himself of his librarian duties.”

Here’s what he had to say about the second Doctor Strange film when the subject of it came up:

“I think it should be called Doctor Strange and the Multi-Schedule. You know, with the amount of…honestly, we literally didn’t know…sometimes you’d have, like, three versions of doing various different scenes, Covid-permitting. So yeah, we’re nearly there, we’re nearly finished.”

A Multiverse of Scenes

Shooting multiple versions of key scenes to throw spoiler hounds off the scent isn’t a new practice in Hollywood. The first time I remember hearing about such a thing was back in 2008 when Lost filmed alternate takes of the famous coffin reveal in its season 4 finale. Three different actors took turns lying back in the coffin — and if you watched the show, then you know they weren’t all piled on top of each other like stacked dead actors in a Foo Fighters song. Only one face made the final cut.

There may be other examples of this same practice from productions that pre-date Lost, but it’s something that has become more and more common with the onset of spoiler culture. Marvel itself employed a similar technique with Avengers: Infinity War. If you remember, there were trailers where we saw the Hulk running on the ground during the Battle of Wakanda.

Big surprise, then, when the Hulk was absent for most of Infinity War. Instead, we saw Bruce Banner (Mark Ruffalo) piloting Iron Man’s Hulkbuster armor. Infinity War directors Joe and Anthony Russo later admitted that the Hulk’s appearance in that trailer was a bit of movie marketing misdirection.

As it leans into the idea of alternate realities, it seems like Doctor Strange and the Multiverse of Madness may be going a similar misdirection route. The movie is slated for a March 25, 2022 release, while Shang-Chi and the Legend of the Ten Rings flies into theaters on September 3, 2021.