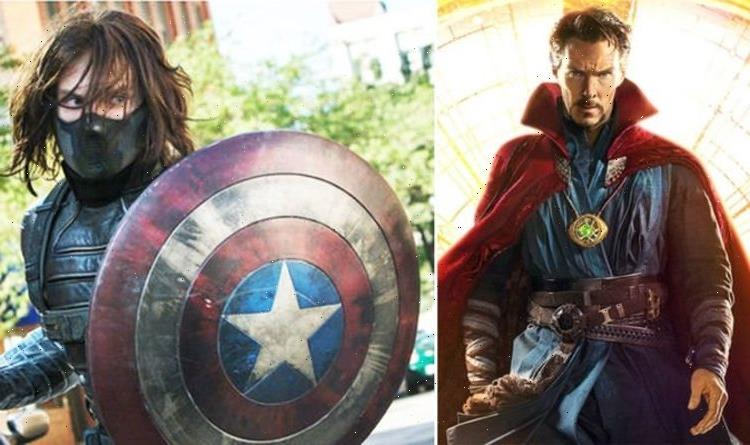 WARNING: SPOILERS AHEAD FOR WHAT IF…ZOMBIES?! Next year, Doctor Strange in the Multiverse of Madness hits cinemas and we’ve been wondering if the Disney+ animated show What If…? is helping set up some superhero variants to feature in the live-action blockbuster. Today’s episode considered What If…? a zombie apocalypse broke out in the MCU around the events of Avengers Infinity War.

Early on in the episode, Avengers like Iron Man and Captain America were bitten and became zombies while retaining their powers.

And during a thrilling subway scene, zombie Cap took on his old pal Bucky Barnes, before The Winter Soldier managed to slice undead Steve in half with his own shield.

Interestingly, Bucky kept the patriot piece of vibranium suggesting that in this universe he’s perhaps the new Captain America.

While later on in the episode The Winter Soldier fought zombie Scarlet Witch, only to be thrown into the air.

SAVE ON A DISNEY PLUS SUBSCRIPTION

Want to watch all the Marvel films, Disney shows and more on Disney Plus? Sign up for an annual subscription at the link to save over 15% off the monthly price!