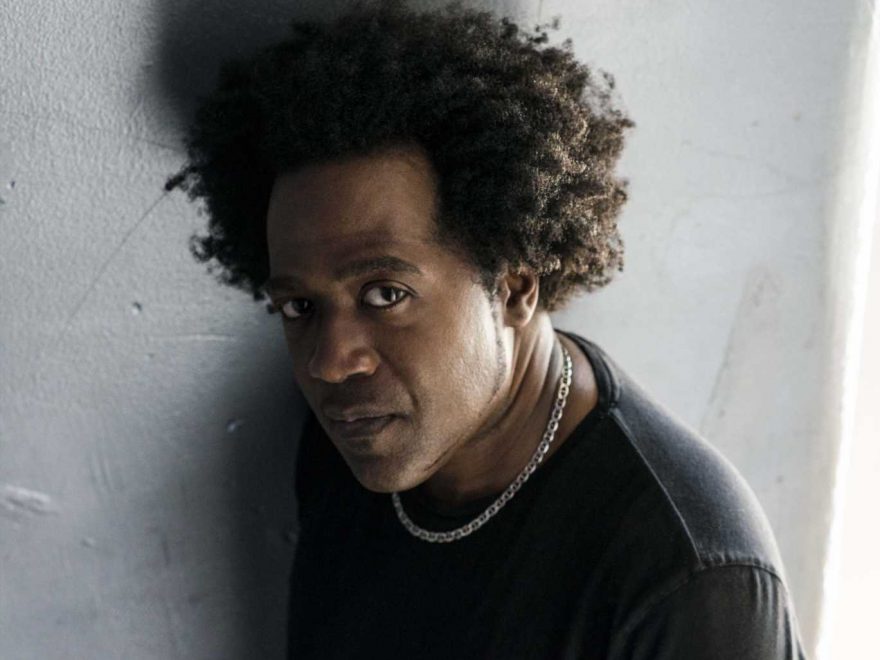 Without him and his early experiments as Phuture with a Roland 303, there would be no Acid House, it’s that simple. 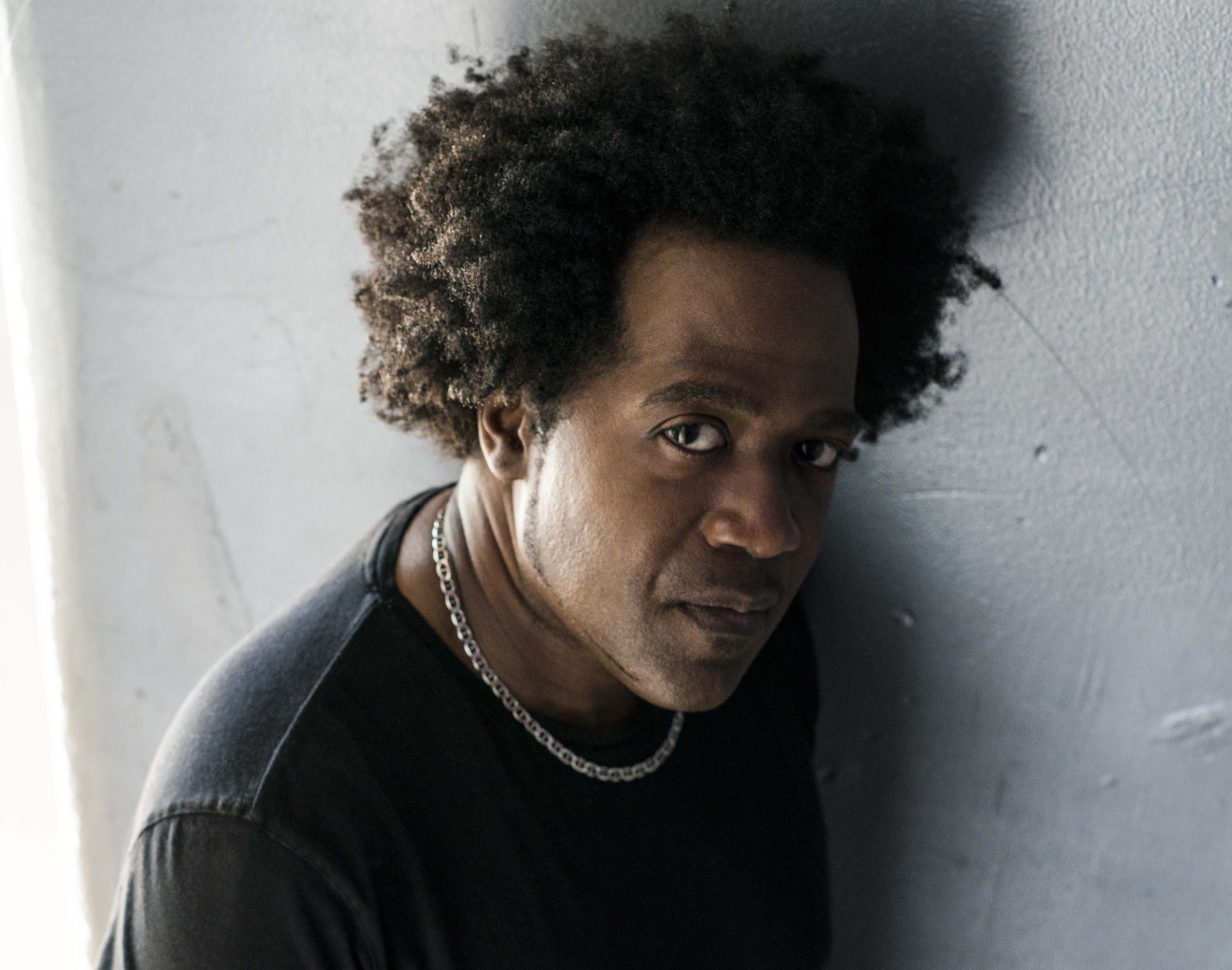 As well as that, the Chicago native also fomented his own second style of house known as Wild Pitch. Since then he has remained on top of his game, and is still an in demand remixer, producer and headline DJ who brings real rawness and authenticity to the dance floor. From Dim Mak to Deeplay to Get Physical and of course Trax in the early days, he releases on a wide array of labels and is still in a class of one. Right now he is as busy as he has ever been in his career, we speak to him about all this, plus his return to the party in paradise that is Groovefest in the Caribbean, which is just around the corner

How has the summer been for you so far? We hear you have some great new projects in the pipeline, tell us a bit more!?

Wow. My delay in getting to this says a whole lot. I've been the busiest this summer than I've ever been my entire career. It's been an amazing growth period for me. The label is growing.  My studio is home to my Afro Acid crew and I'm very hands on with their work…so there's mentorship there.  We just opened up WildPitch a new underground venue in Atlanta where I live now. Chus & Ceballos just played and they were kind enough to tweet that it was an amazing room for them to play in. So shouts to them for that. We are just starting out…and still putting the pieces together and to still get that compliment is a testimony to the hard work my team puts in. I'm also working on my album and a project for Get Physical Music. Working on a remix with Dubfire and Carlo Lio for Sci-Tec. So crazy busy.

Do you keep a regular routine in the week between gigs to stay healthy and sane? Can you let us in on it?

I pray. I take moments daily to pray and try to get that balance because the reality is I have 4 kids. I have a wife…but I also have all of this over here. I also have a responsibility to my spiritual calling to do my small part to uplift and teach people that music does bring life. It can heal. It can bring people together. There is a place in the Holy word where king Saul was bothered. Couldn't sleep. So he called for a young future King…David. And he played the Harp for King Saul. He was relieved of whatever it was that haunted him as a result. Music is life…I live that.

How much time do you still spend looking for new music, and where do you do it – online, shops, promos?

I really wait for the music to find me. And usually it does. Someone will send me over tracks or I will hear something in the club in real time and Inquire.  I'm not a fan of online browsing really because it's so removed from the reality of what's happening in the club scene. Even though I own Afro Acid, my own label…and we rely on people getting our music online mostly- I'm not a fan of that process.

Yes. Very critical. I DJ sometimes and the crowd is going crazy and the promoters are saying this is the best event they've witnessed in a long time and I'm thinking. ..but I didn't get in that flow 100%. It can be a great event overall but if I forget to play a track or I didn't go with what my heart wanted to do…I feel I didn't tell the entire story. I feel I robbed those who paid their money to come hear me and the line up that night. So yeah I can get hard on myself. My sets are never pre-planned. So I go with what I feel in the moment but when I look back I can see areas where I didn't listen to my DJ voice and heart. I probably went with what the crowd was saying more you know. My job here is to lead and impact the room…and listen to feedback as well but still while doing that stay true to who I am and where the music leads. Cause it's a spiritual process of give and take. So I feel bad when I don't allow that process to happen naturally.

I'm a producer first I think. Even though ironically I started out as a dj first. My partner Spanky got me going as a producer.  So my first love is producing.  Making art via music.  I wouldn't mind slowing down to spend more time doing that.  But I also love testing out what I've made with an eager audience who are in their 20s and may not even know the history of DJ Pierre. So I love that energy coming from the new ears. A bit of both is what it is for me…leaning more towards production. It's quite bug business now.  The artwork is fighting to stay alive. I will continue to fight for that.

What is life in America like right now with the rise of Trump and the continued police shootings? Seems civil rights activities have more to do than ever.

Well it hits home every time I hear of a shooting because I'm a black man living in the USA. I try my very best to stay positive. But there are moments I want to yell how racist this country still is. I was there when Obama was elected.  I went to the speech he made in Chicago.  I think Pete Tong has footage. I did a video for his radio/video show and choose that night to be on his show.  I was all in. Proud to see a person looking like me in the highest office.  But I wonder now…how has that improved the lives of so many minorities who still need a hand. The playing field is still not equal. I experience that extra search in airports. I get looks like why is he up here in first class. I still get asked what I do when I travel and I still say ..I'm a doctor…or a scientist …and watch faces go in all sorts of directions.-:)  Travelling outside of the USA was a lifesaver for me because I would still be stuck in the angry phase if I didn't leave the US. When you go outside- you see life differently. You see that love can rule. Not so much skin color. We will always have hate because there is a spiritual force determined to destroy love.  So that will exist…but in my travels I see people determined to love despite. Trump is a chump. The guy builds on hatred. Are there better alternatives?….barely.  This is why I would rather do my part and bring healing thru music.  Introduce another solution.  PLUR. Through music. Househeads know what I'm talking about.

You have played all over the world – do you have favourite cites and countries to play in? Do places really react that differently and like different styles or are they all similar?

Europe on a whole but UK will always be my #1. They are forever educated on the music. I started my career there as a dj. I lived there months at a time.

France I love. I'm there a lot this year.  A 20 year old booked me to play this amazing event in Paris. He knew the history of House and wants his fellow peeps to experience house music from my perspective. So I'm always surprised at how far ahead Europe is in their knowledge of this music than say North America.

Do you think there will ever been a musical sound or development as influential and new and fresh as acid ever again?

Haven't seen it. With art there is always that possibility.  But it won't happen if every one is trying to be someone else else. Innovative thinking happens when we dare to break the mould.  Like Acid Track did.  Like Ron Hardy did when he dared to play it. 4 times.

You play Groovefest in the Caribbean soon – will you play differently in a sunny Paradise like that?

I don't plan my sets. Whatever the moment feels like I go with that.  I let my spirit lead and I listen to the people. Looking forward to sharing the journey with them.