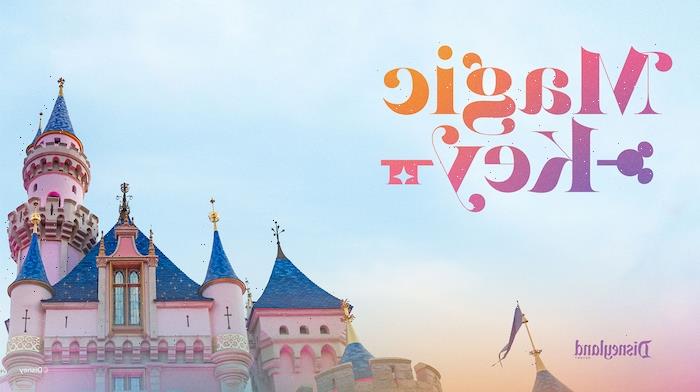 The COVID-19 pandemic changed the way theme parks operate, and seeing as it’s still here, the pandemic continues to inspire theme-park operators to respond in different ways to the challenge. One big pandemic-era loss for many Disneyland guests was the Annual Pass program. It was a hallmark of the theme park experience, and many guests (though Disney never officially confirmed the number) who attended daily were AP holders.

Well, the days of the Annual Pass may be over, but Disneyland has just announced its replacement: the Magic Key program, which will go on sale to guests on August 25.

What is the Magic Key program, you may ask? Well, if you pay attention to the Disneyland website, you’ll find that being a Magic Key holder means that “Disneyland is your land” and that you belong to the “community of core Disneyland fans” who all have enough disposable income to drop on this program. (It is entirely possible that some of that message is implied, but I’ll let you figure it out for yourself.)

Much like the Annual Pass program had different tiers, the same is true of the Magic Key program, which has four options available to guests: the Imagine, Enchant, Believe, and Dream Keys. If you’re not a Southern California resident, the Imagine Key is a no-go for you. This is also fairly consistent with the old AP program, which offered a SoCal version for locals.

Some differences between the various Key tiers boil down to what food/merchandising discounts are offered, whether or not you can save on theme-park parking, and whether or not you’ll have blockout dates to worry about. For example, only with the Dream Key, which costs $1,349 per person, can you avoid blockout dates and also get free parking. (Disposable. Income. Like I said.)

The most notable difference ties into how theme-park reservations and Park Hopping currently work at Disneyland. With the Dream Key – the highest-end option – you can have up to six theme-park reservations at a time for different dates, as long as you don’t skip out on three within a 90-day period. If you do, you’ll be unable to make reservations for 30 days. There’s a no-show policy for each tier, though, so be aware: once you get a reservation, basically, you don’t want to miss out.

Now, if you’re an East Coaster, or someone with a truly exorbitant amount of disposable income at hand, you’ll be happy to learn that the Walt Disney World Annual Pass program will return in time for the 50th anniversary celebration starting this fall. And yes, they’re still called APs at Walt Disney World because…well, why not make things more labyrinthine for the lay-person?

The reservation system plus the high cost makes the Magic Key program a bitter pill to swallow if you’re not a SoCal local and if you don’t have the funds to drop so that you too are a core Disneyland fan with a dollar sign in place of the “S”. But many of you may well be ready to spend on August 25, so prepare yourself to refresh that page when the day arrives.