Blue Miracle has the kind of plot that defies belief. It’s the kind of feel-good story that sounds too good to be real. In 2014, following the devastation of Hurricane Odile and mounting debt, a local orphanage in Cabo San Lucas was faced with the prospect of losing it all. But Casa Hogar, led by the ever resourceful Omar Venegas, hitched its fate on the unlikeliest of possibilities: winning the Bisbee’s Black & Blue Fishing Tournament.

Julio Quintana’s warm-hearted film, Blue Miracle, tells the story of how Omar (Jimmy Gonzales), the Casa Hogar kids and the cantankerous fishing captain they’re paired with (Dennis Quaid’s Wade), took on what seemed like an impossible task. Even if you already know the story of Casa Hogar or can already tell where this sunny family-friendly drama is going, there’s a thrill in knowing such hopeful tales can still be found — and told.

“Well, it’s true. It’s a true story, and Casa Hogar is at the very heart of the story,” Quaid tells ET. “If it was a piece of fiction, the movie wouldn’t be made because nobody would believe anything like this. And that’s what I was drawn to when I read the script.”

For Gonzales, giving life to the affable Omar, as positive a role model as these orphaned kids can find, was a rare chance to make good on those childhood aspirations that once felt so out of reach.

“When I was a kid coming up, the ceiling was a little low,” he admits. “And so, being an actor was a dream that was just out there and it went dormant for a long time. But just this desire to see more people like myself on screen was a big, big part of it for me.” 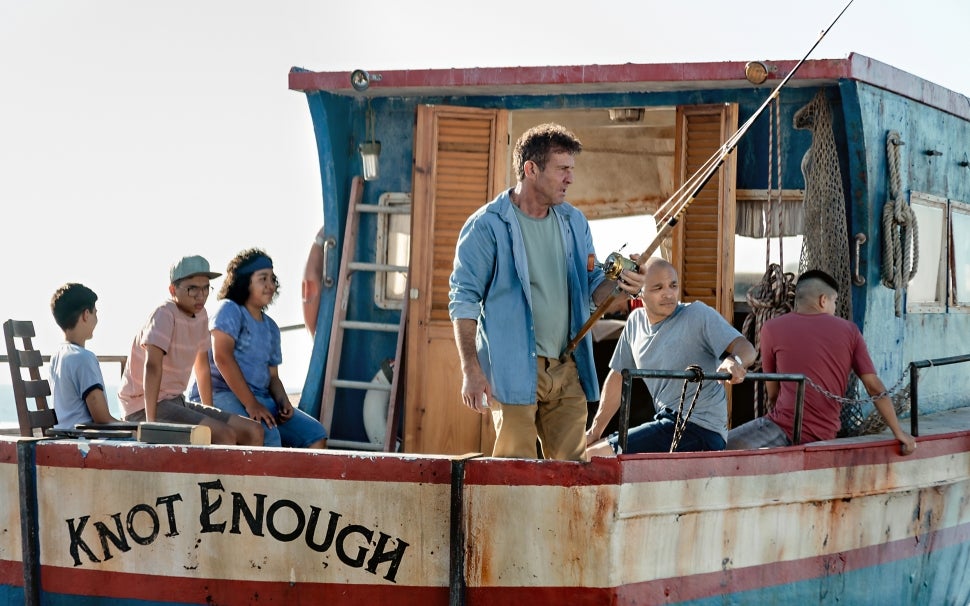 As you watch Gonzales’ Omar mentor the likes of Geco (Coco’s Anthony Gonzalez) and Moco (Miguel Angel Garcia), helping them dream up better futures for themselves while also reminding them of the hard work that can be for boys like them, you see the Mayans M.C. actor relishing the chance to play such a positive figure off and on screen.

Despite taking place in scenic Cabo San Lucas, Quintana shot the film in the Dominican Republic. There, cast and crew got to recreate Captain Wade’s boat on a giant water tank, where everything from hurricane rains to placid fishing outings could be just as easily staged.

“We had a Dominican crew in the tank that was helping us with the maneuvering of the boat and positioning — I mean, it was an incredible experience,” Gonzales adds. “I’d never been in a tank like that for my life! And then to be like, ‘Oh my god, this is your office for the day!’ It was really incredible.” 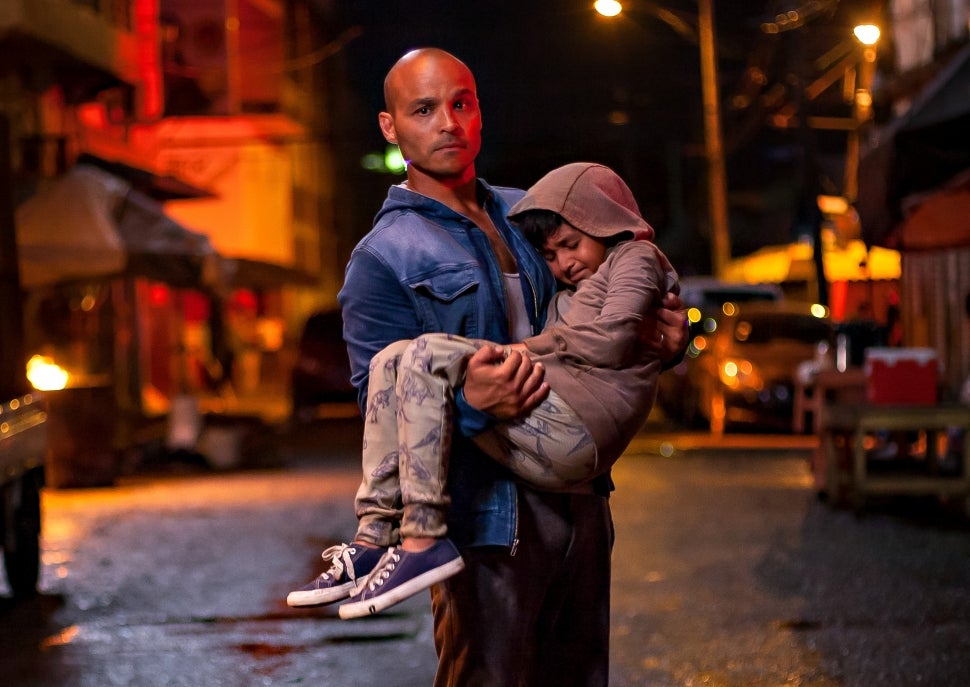 That giddiness shows through the screen. Even as Blue Miracle deals with hardened truths (this is a story centered on an orphanage set up for getting boys off of the streets that deals with grief head-on, after all), it’s a breath of fresh air. There’s darkness and drama (even some edge-of-your-seat moments at sea!) but there’s plenty of heart. Captain Wade may balk at having young kids in his boat and Omar may struggle with how to temper his boys’ expectations, but this tale of what catching a blue marlin meant for a small community-run organization like Casa Hogar is sure to bring a smile to your face.

“The story is uplifting. It’s inspirational,” Gonzales says. “And really takes these aspects of life that I think everybody challenges with and is real about it. Life is hard, you know? But having some faith and persevering by moving forward — that’s really super important for me to bring across with this story.”

Quaid echoes Gonzales in his hopes for what the film can offer audiences in 2021. “I want them to be entertained, just to have a good time. There’s a message in there for just about anybody — you know, of redemption, of faith, of hope. And it’s uplifting. It’s been such a Debbie Downer of a year forever. We’re ready for the really great positive things.”

Blue Miracle is now available to stream on Netflix.