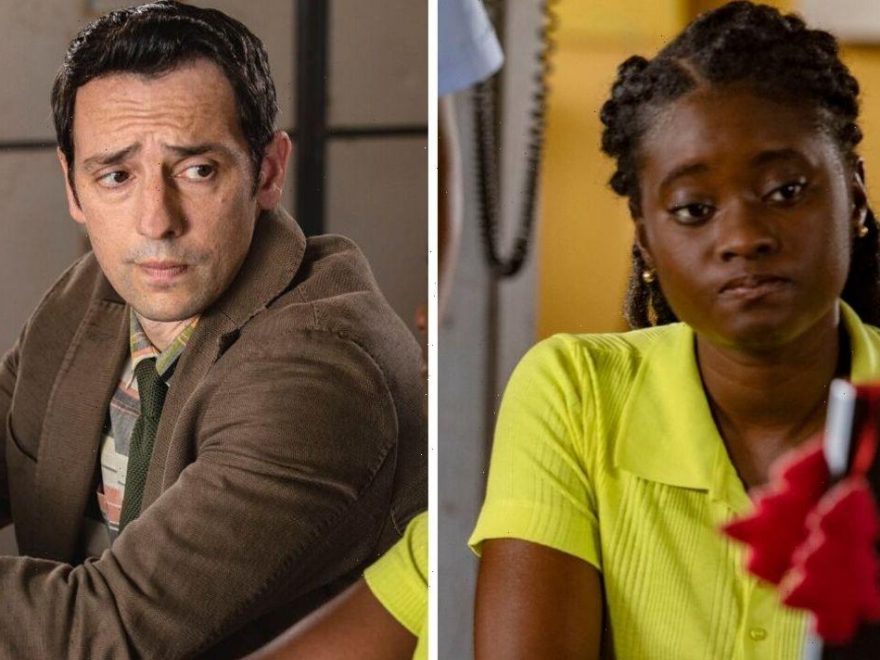 On Boxing Day, BBC fans will tune in as Death in Paradise’s Christmas special makes a return with an exciting new murder mystery. Detective Neville Parker (played by Ralf Little) will be back with Marlon Pryce (Tahj Miles) and Noami Thomas (Shantol Jackson) to solve the latest murder on the island of Saint Marie. Commission Selwyn Pattison (Don Warrington) will also get a blast from the past after an old case comes back to haunt him.

Les will play medium Danny Sheridan, who helps the team with their latest murder.

The Christmas instalment will follow the murder of a true crime podcaster, who was on the hunt for a missing child.

In an exclusive interview with Express.co.uk and other press, Les Dennis opened up about what it was like to play Danny.

He went on to detail the lengths he went to for the role.

When BBC bosses dropped a first-look glimpse of the guest stars for the Christmas episode, fans were blown away by how “unrecognisable” Les looked.

Helen Warner “Oh my, that so doesn’t look like him.”

Touching on the reaction to his new look, Les admitted he was “really surprised”.

He said: “At the moment, I’ve got a full moustache for granddad in Only Fools and Horses.

“So whenever I’ve played a different character, I will sometimes change the way I look.

“But I suppose it was the black hair of Danny Sheridan.

“I was pleased with that because it means that I’m inhabiting a role and they’re interested to see you know who that character is.”

Discussing how he had to dye his hair, the actor continued: “I didn’t have a hair dye that was permanent.

“They would do it in the morning so I would need to be in makeup for about an hour and a half.

“And literally, when I finished at the end of the day, I would have to go home and shower it out.”

He added: ” I don’t know what they were using, it was kind of oil-based I think.

“And it was tricky to get out every night, so I had to shower before diving in the pool.”

Death in Paradise Christmas Special airs on Boxing Day at 9pm on BBC One.