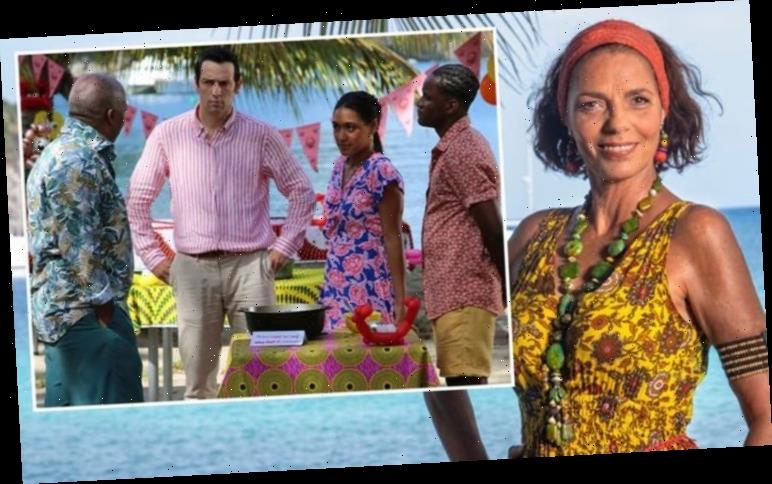 The BBC drama’s 10th series kicked-off last Thursday, with some old and new faces back in the gorgeous island of Saint Marie. With fans worried they wouldn’t get their usual January fix of the drama after filming was initially delayed, the cast and crew managed to complete production just in time to get the show on-air in its usual slot. Now, the stars of the show have opened up on the hardest parts of having to work on the show during the coronavirus outbreak, with Catherine Bordley actress Élizabeth Bourgine admitting she found it hard “not to be able to touch” and “hug” other cast members.

Florence won’t be the only returning character this season as there will be more twists and turns to come.

DS Camille Bordley (Sara Martins) and the late DI Richard Poole (Ben Miller) will both be featured on-screen in episodes to come.

Speaking to Express.co.uk and other press, the cast opened up on what they found hard about the different sort of filming process. 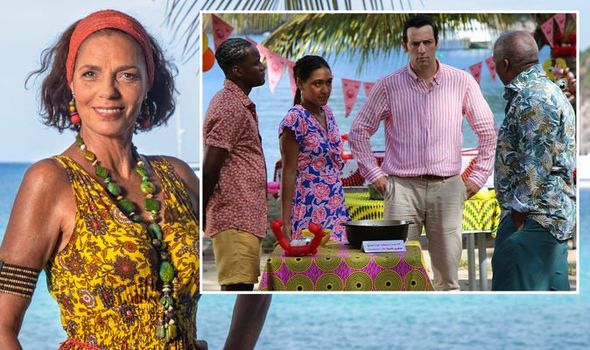 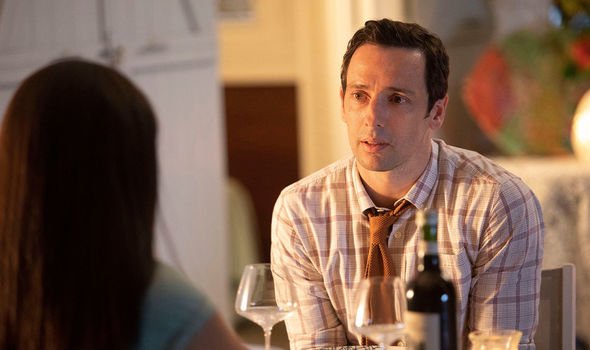 Catherine actress Élizabeth admitted she found it hard not to be able to hug returning co-star Josephine.

She explained: “Well, I think for us, for me, that the most difficult thing was not to touch people… because at the beginning of this series when Josephine is back, I just want to hug her!

“And we couldn’t do that because of Covid. And so it was, for me, the most difficult thing not to be able to touch people and so we had to adapt.

“But it was okay – but that was my yes, my difficulty,” said the star. 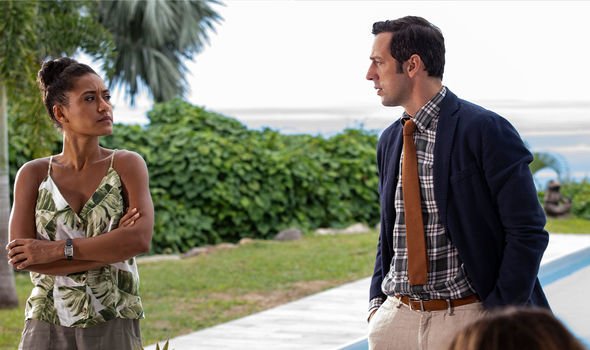 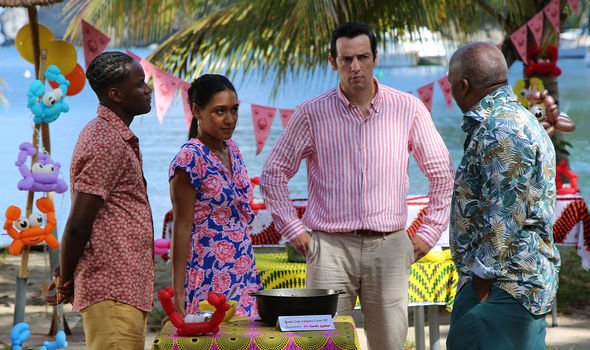 Josephine gave her own thoughts on what the unconventional situation was like, paying tribute to the show’s crew.

She weighed in: “It was very difficult, we couldn’t be too close together.”

Of the crew, she said: “But also, as actors, we couldn’t really complain because weren’t wearing the masks all day long from 6am to 6pm with the heat and carrying heavy stuff.

She went on to detail measures which had been taken to ensure the site was Covid-safe.

The cast and crew were joined by a Covid supervisor who was on-hand “to make sure everybody was wearing masks.”

But also joked about the aspect she didn’t like so much – the hand sanitiser.

Josephine added: “He [supervisor] also gave us like them at the gel, a very stinky one, I hated it! I was like ‘No, this one stinks, no way!’

However, the actress noted how she felt she couldn’t complain due to managing to stay in work when “other people were not.”

“It wasn’t really pleasant,” added the DS Florence star. “But I mean, we had to do it and we can’t on-screen you can’t see that we were filming during a worldwide pandemic… impossible.

“You have no idea. So I think, yeah, we did a great job regarding all this.”

Death in Paradise airs tonight at 9pm on BBC One.