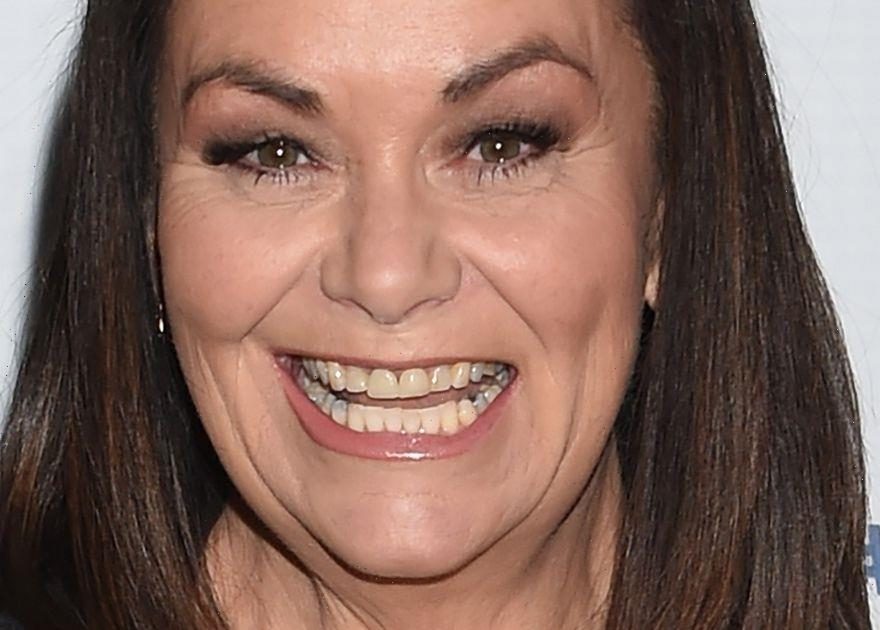 Comedian Dawn French, who turned 64 in October, certainly isn't letting her age slow her down as she joined Simon Cowell's new ITV show Walk The Line as a judge this week.

Recently, the much-loved actress sent her fans into meltdown as she ditched her iconic brunette bob and blunt fringe to show off a brand new look.

But she is best known for her stints on the hugely popular BBC series Vicar of Dibley, as well as her work with Jennifer Saunders in hit sketch show French and Saunders in the noughties.

As she returns to prime time on television on the Maya Jama-hosted show, Daily Star has taken a look at her colourful life.

Dawn married fellow comedian Lenny Henry when they met in the comedy circuit in 1980, and they married in 1984 in Covent Garden.

In 2010, the pair announced their separation but insisted it was amicable, and their divorce was finalised the same year.

Later speaking about the split, Lenny said: "It is a strange job, showbiz, because you are in the public eye. You are in a goldfish bowl. We just got through it like every family does.

"We had a child and we just wanted to get through it and be normal and love her and be respectful to each other and just carry on. There was no secret to it.

"We got through it and we are raising our child and that is all there is to it really. Like everybody. Like normal people."

Dawn told the Mirror in 2017: "I have mended myself. I have seen what happens if you stay broken.

"When I was single, I found my new self. But I think it is OK to grieve over a relationship."

She went on to marry charity executive Mark Bignell in 2013 after two years together, and they now reside in Cornwall, and Dawn has confirmed she is still friends with ex Lenny.

Dawn and Lenny adopted daughter Billie in 1991 when she was just two years old.

The pair decided to keep her away from the public eye, and rarely share pictures of Billie on social media.

However, Dawn previously opened up about her fertility struggles on Fearne Cotton's Happy Place podcast, saying: "I knew I wanted to definitely be a mother that was a very strong instinct.

"Then what happened was my body wouldn't let me be a mother and everything kept failing all the time for all sorts of reasons. We had to make a big decision, to put aside IVF and go for adoption."

She also revealed she has a complex relationship with her daughter, telling the Sunday Telegraph: "Our relationship exists in a bizarre kind of process of peacetime, small battles, war. The peacetime is much more than the other two energies, but we have our wars."

She called Billie her "biggest test and biggest joy, and it is unbreakable".

Dawn sadly lost four of her castmates from the Vicar of Dibley, with Only Fools and Horses star Roger Lloyd-Pack, who played farmer Owen Newitt, passing away from cancer in 2014 aged 69.

Liz Smith then died on Christmas Day 2016 aged 95, passing away just days after a repeat of her emotional final episode on The Role Family had aired.

Dawn quickly paid tribute to her, saying: "Far too young and I think we're all still reeling a little bit from it. My memories of working with Emma are some of my most favourite memories of my whole career.

"She's a massively diligent person, much unlike Alice. She was incredibly bright. Very funny, very knowing and yet she was able to play someone who was in a different world.

"She didn’t play a simpleton, she played someone who had a different reality. She was incredibly authentic at that and I will miss that."

Dawn recently shocked her fans as she revealed she had chopped off her famous blunt bob and fringe after making it her trademark look.

Going for the natural look, Dawn swapped brunette for grey and opted for a short crop, looking unrecognisable.

Dawn later revealed that she hoped to return to her signature bob style once her grey locks had grown out.

It didn't take long for the compliments to come pouring in for the TV star, with her showbiz pals telling her that they loved the look.

She also cheekily added that her husband told her that she looked like The Chase star Anne Hegerty, but she thought she was more Jamie Lee Curtis.

Dawn wrote on social media: "Hair update. 3 shades of grey (working up to the 50) I’ve chopped even more off.