His management company announced the news on Sunday 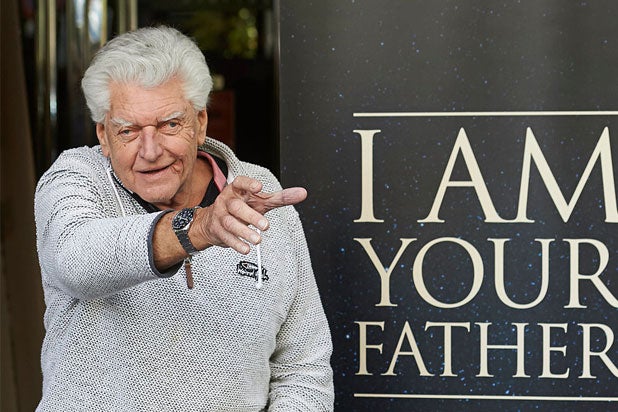 “It’s with great regret and heart-wrenching sadness for us and million of fans around the world, to announce that our client Dave Prowse M.B.E. has passed away at the age of 85,” his management team at Bowington Management announced on Sunday. Prowse had undergone treatment for prostate cancer two years ago, according to CNN.

Prowse was best known for his role in the “Star Wars” series, in which he embodied the villainous Sith lord Darth Vader — while American actor James Earl Jones’ voice was dubbed in to replace Prowse’s thick West Country accent.

The 6-foot-6-inch actor first rose to fame as a bodybuilder who competed for Great Britain in the Commonwealth Games in the early 1960s.

He landed his first film role, as Frankenstein’s monster, in the 1967 James Bond spoof “Casino Royale.” He played the character again in two early 1970s Hammer films, “Horror of Frankenstein” and “Frankenstein and the Monster From Hell.”

After “Star Wars” director George Lucas noticed Prowse as a bodyguard in 1971’s “A Clockwork Orange,” the actor auditioned for both Darth Vader and the oversize Wookiiee Chewbacca in the original 1977 sci-fi “Star Wars” film.

Mark Hamill, who played Luke Skywalker in the franchise, paid tribute to the actor early Sunday. “He was a kind man and much more than Darth Vader,” Hamill tweeted. “He loved his fans as much as they loved him.”