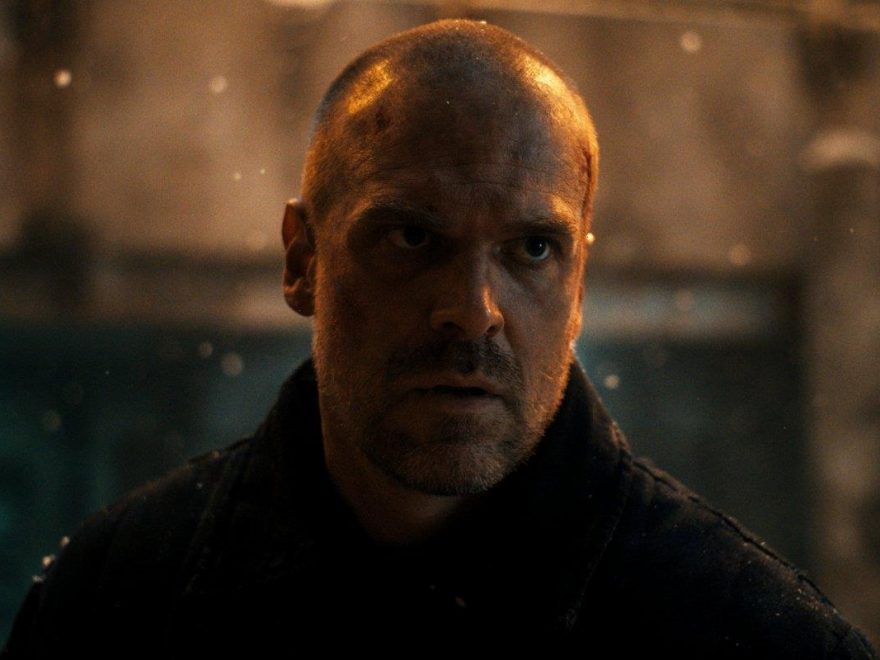 The 47-year-old actor is set to give fans a detailed insight into the huge transformation he underwent for his part of Jim Hopper in the buzz-worthy Netflix sci-fi series.

AceShowbiz –David Harbour dropped 75lb for “Stranger Things” season four. During an Instagram Live with his personal trainer, David Higgins, on Friday evening, July 22, the 47-year-old husband of British pop star Lily Allen is set to give fans a detailed insight into the huge transformation he underwent for his part of Jim Hopper in the buzz-worthy Netflix sci-fi series.

He’s revealed that he embarked on a “difficult and exciting ride” to go from 270lb to 190lb. Flaunting the impressive transformation from episode three to four, he wrote on Instagram, “Many of you have asked about Hopper’s physical transformation from season 3 to season 4. My trainer @davidhigginslondon worked with me for 8months to make the transformation, and then another year to keep it through the pandemic.”

“All told it was a difficult and exciting ride, changing diet and exercise plans (or lack thereof). We are gonna do an Instagram live tomorrow Friday at 4pm UK time, which is 11am eastern I believe. Wanna answer questions you may have with @davidhigginslondon and tell you what I learned,” he continued.

The actor has had to put weight on to play Santa in an upcoming festive flick. While he admits it’s not healthy for his body, he won’t be able to do it for much longer, but he enjoys living in different versions of his skin.

He continued: “Second pic is me and David the week we began, my resistances and fury flaring. And pic three is the shoot day, the black x’s are for cgi scarring because of problems with the practical effect. All told I lost over 75lbs. 265-270 in season 3 and all the way down to 190 when we shot. Recently ballooned up again to play jolly ole st.”

“Nick in a flick I can’t wait for you to see this holiday season, so I am struggling to fight back down towards a good weight for wherever hopper ends up in season 5,” the actor added. “All this up and down is not good for the body, and I’ll have to give it up soon, but it is such a fun part of the job to live in a different version of your skin for a while. Come join us tmrw for the live and bring qs.”