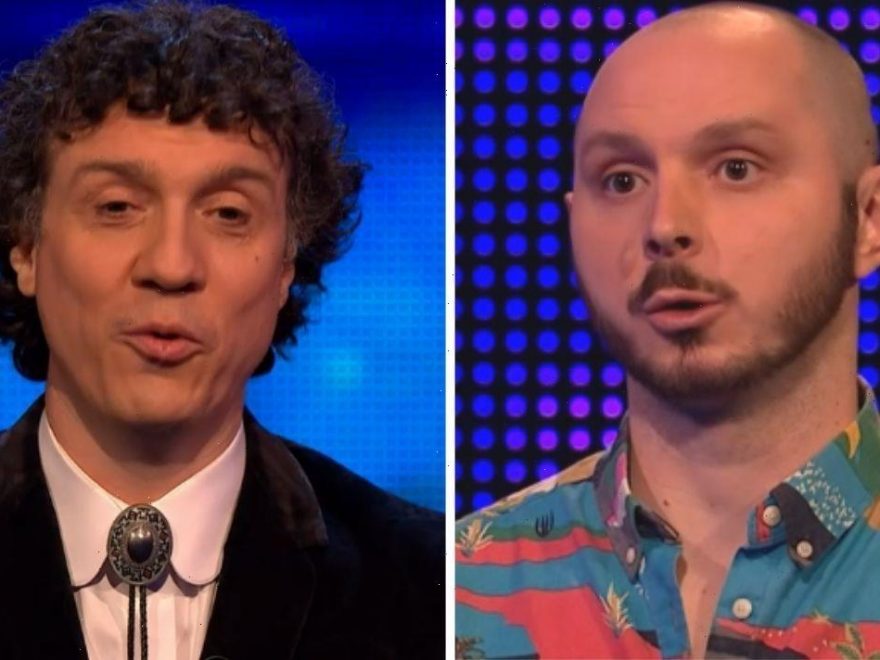 During Friday’s The Chase, ITV host Bradley Walsh welcomed four new contestants onto the show to take on Darragh ‘The Menace’ Ennis. Players Cole, Ian, Andrew, and Jo had to work together as they each took on the quizzer by answering a number of questions. The last contestants standing would then go head to head with Darragh in the final round.

Cole was the first player to take on the quizzer and he ended up answering an impressive six questions correctly in the cash-builder round.

However, he decided to play it safe and play for the money he’d already banked.

Poor Cole seemed to crumble under pressure when he faced Darragh, however, and got a number of questions wrong.

Just before he was sent home, Darragh couldn’t resist taking a swipe at Cole’s incorrect answers.

The quizzer joked Cole should have got the science question about the elements in the earth’s atmosphere right as he poked fun at his profession.

However, Cole didn’t look impressed and he was quick to shut down his opponent.

“The two science boffins taking each other on there,” Bradley began.

“I would suggest not telling anyone in work that you’re on the show,” Darragh joked. “That is really…”

Cole looked unimpressed as he interrupted: “I am a biologist, not a chemist but…”

“Cole, that is the way it goes, mate,” Bradley added. “I wish you well.

“However, you have been caught, The Chase is now over.”

Ian was the next player to try his luck against Darragh after he answered four questions right in the cash-builder.

The contestant also went for the safe option by choosing to play for the £4,000 he’d won.

Luckily for him, he sailed through and was the first player to bag himself a place in the final.

Andrew was up next and despite getting an impressive eight questions right, he seemed to stumble against the 41-year-old.

After being sent home, it was up to Jo to make it through to the final with Ian.

She managed to answer four questions right, and even though Darragh gave her the option of winning a high offer of £66,000 and a low offer of £1,000, she decided to stick with the £4,000 she’d won.

In the final round, Jo and Ian had to answer as many questions as possible in just two minutes.

However, luck wasn’t on their side because they only managed to answer nine questions right.

Darragh even told them it wasn’t going to be enough to beat him – and it wasn’t.

The quizzer got his nine questions right with still one minute to spare.

The Chase airs weekdays at 5pm on ITV.