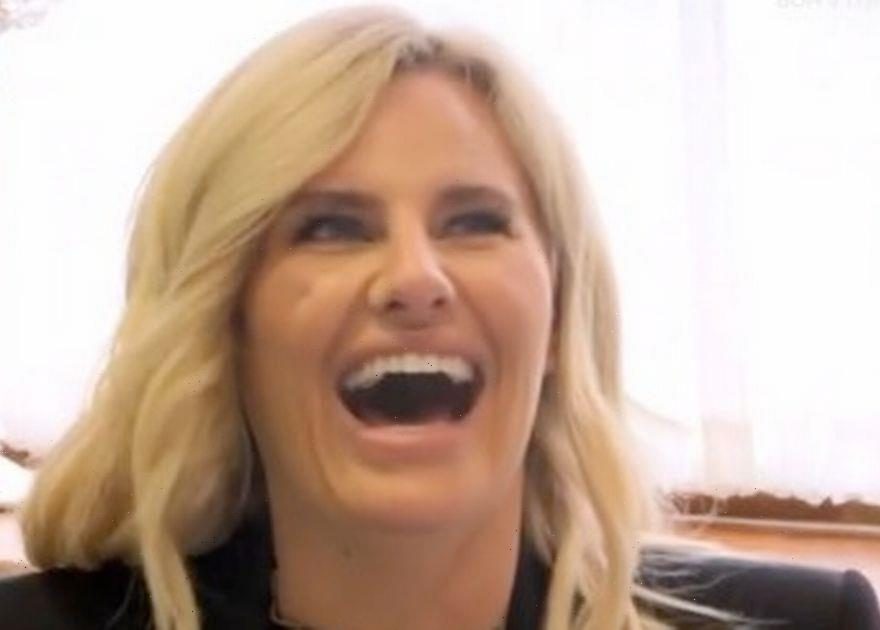 During the latest instalment, Ferne, 31, went bridesmaid dress shopping with BFF Danielle, 34, where they went on to have a double date with their partners.

Chat soon got to their wedding as Ferne, who is dating Lorri Haines, exclaimed: "Guys, can I just say, I am so exited for your wedding."

With Tommy admitting: "It's creeping around now, isn't it? It won't be long!"

To which Ferne added: "It's so exciting, do you guys feel nervous?" as Danielle chanted: "Mrs E-to-be!"

Answering her question, Tommy said: "Nah, I'm not nervous!" while Danielle insisted: "I'm not nervous either, I don't feel nervous one bit!"

Elsewhere in the episode, Ferne dropped several engagement hints to boyfriend Lorri as she ended up trying on a wedding dress during bridesmaid shopping with Danielle.

Peeling back the changing room curtain, Ferne said: "Final one, think we've got it. Send a picture to Lorri, I do!" as Danielle exclaimed: "It's actually stunning on you!" to which she started filming her in the gown.

Speaking to her pal, the reality star admitted: "I don't think it'll be that far off!" with Danielle adding: 'I think in about six months' time."

And it wasn't long until Danielle let slip that Ferne had been trying on wedding dresses as Lorri joked: "It's a few years away yet…" to which Ferne exclaimed: "A few years!"

With Danielle pointing out: "She's not got years, she won't wait years, Lorri."

At the end of the episode, Ferne admitted that she was manifesting a proposal and that she was even leaving her ring finger free.

To which Lorri asked: "You want a little ring on there, don't you?" as Ferne replied: "Have you thought about the engagement? "

To which he admitted: "There's been a lot of thought, yeah, just trying to pick which year… I'm joking…"

As Ferne asked: "You're going to do it this year, aren't you?" as she started calling herself Ferne Haines-McCann.

The reality star first went public with Lorri back in January this year as she shared a series of loved-up snaps of them together.

Since then, the couple have gone from strength to strength with Lorri, 31, who has a son from a previous relationship, moving in with Ferne in the UK.