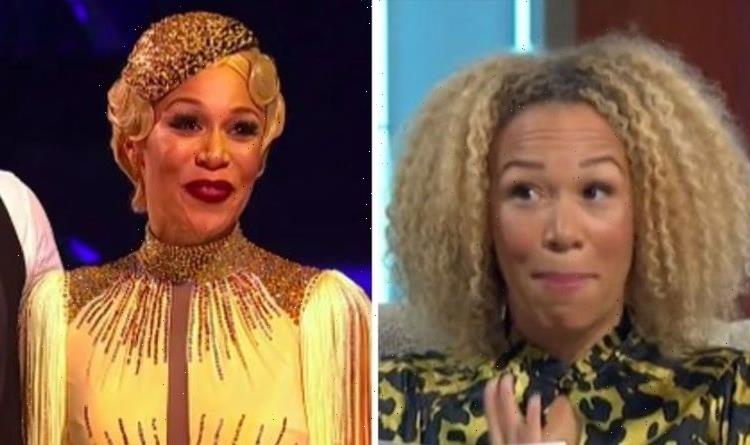 Lorraine’s Ria Hebden revealed to be joining Dancing On Ice

Dancing on Ice fans are pleased the hit ITV series is back, and Lorraine favourite Ria Hebden, 39, was among those who competed in the opening show. ITV viewers were stunned when the presenter, who received a strong score from the judges, was the first star to be selected for the dreaded skate-off. Speaking exclusively to Express.co.uk, Ria talked about how she was feeling going into the second week of the competition and explained a warning ITV colleague Alex Beresford had given her.

Despite coming third on the judge’s leaderboard, Ria sadly was placed in the skate-off last Sunday.

Chatting about advice she’d been given ahead of the series, she revealed former contestant and colleague Alex had given her some pointers.

She recalled: “He was on the show four years ago. He said to me, ‘fully immerse yourself in it, just go for it and have fun’.

“Because he didn’t realise how amazing the show was until after it was finished.

“So he was the first person that I told when I got the news, and so that’s what I’m doing.

“I’m immersing myself in it, and really trying to just make time to be present and to capture moments and have selfies with people and just have one-to-one chats.

“And basically just really enjoy it because it’s such a special show.

“There are so many great people that work on this, from the runners to the costume department, to the makeup to the hair people.”

She added: “On Sunday, I was literally living my best life. Did you see my dress?

“It was the dress of dreams, I was channelling my inner Josephine Baker and just soaking up every second and just enjoying the moment because it all goes so quickly.

“So I was just trying to give it my best and just enjoy it and that’s absolutely what I did. It was great.”

Talking about the disappointing result, she stated: “I was gutted initially.

“Because we worked really hard on the routine.

“But I’ve just enjoyed every single day of training. I love training with Łukasz (Różycki).

“We laugh so much every day. I know that we’ll be friends for life after this.

“You form a special bond with your partner on a show like this because you have to be able to trust them to lift you while you’re moving at speed on the ice.

“If you don’t have that trust, it’s really difficult to be able to do that.

“And, you know, we’re just putting in the hours and enjoying every day and just having fun.

“This is a show that is all about fun and it cheers people on a Sunday night, on a gloomy January day and it’s just so wonderful to be part of that.”

Dancing On Ice continues on Sunday at 6.30pm on ITV.