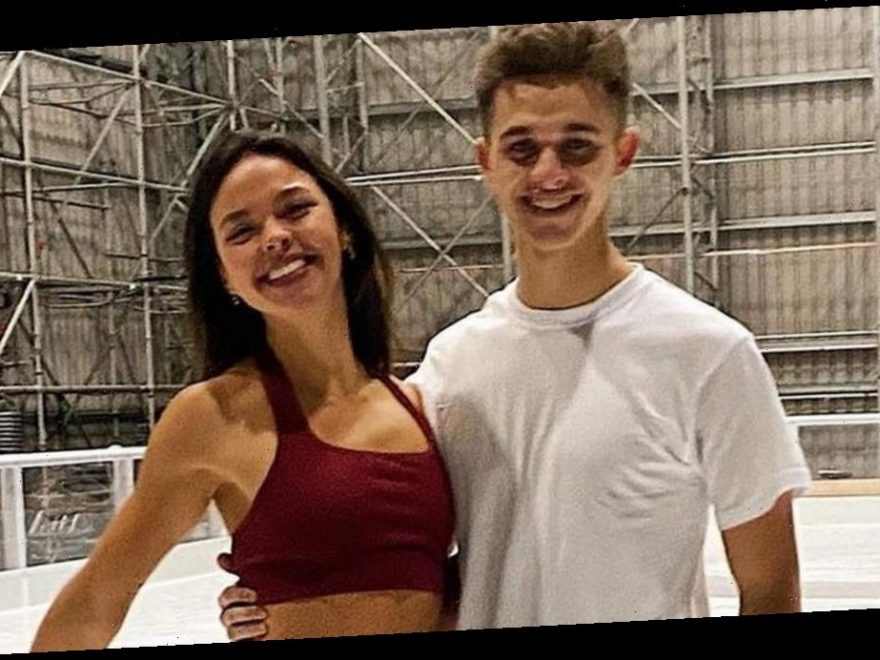 Dancing On Ice contestant Joe-Warren Plant has been forced to leave the series, following a positive Covid test result.

The Emmerdale star and his professional partner Vanessa Bauer have no choice but to step down from the competition as they isolate in the days to come.

Dancing On Ice has already been plagued by a string of celebrity exits, with Denise Van Outen and Billie Shepherd leaving the competition suddenly due to injury.

Comedian Rufus Hound was also forced to step down last week, having contracted coronavirus, only to be replaced by comic Matt Richardson.

In a statement released following his exit, Jacob thanked Vanessa for her support in training him and wished the remaining contestants good luck in the competition.

He said: "Having tested positive for Covid this now means the end of the competition for Vanessa and I.

"I have loved every minute of being a part of Dancing On Ice and I am disappointed as I feel I had so much more to give and was working hard to perfect each performance.

"Thank you so much to Vanessa for being a fantastic teacher and although it's been cut short, I've thoroughly enjoyed this experience.

"Thank you to all the crew who have been brilliant and especially thanks to the other cast members, they have been hugely supportive and I wish them all the very best.”

Pro-skater Vanessa similarly shared a statement in response to the news, praising Joe-Warren's dedication to training and admitting she was "so sad" to leave the show.

She said: "Unfortunately, we have received positive test results for Covid which means we cannot continue to compete this year.

“Joe-Warren has been growing every week into such a talented skater and I’m so sad we won't be able to show more of the great routines we had planned.

"I am beyond proud and devastated, as we had so much more to show, he was the hardest working partner I’ve ever had."

Upon news of Joe-Warren's exit, fans immediately expressed their concerns for the fate of the competition, as ITV have already used two of the show's reserves – Olympian Amy Tinkler and comic Matt.

ITV released a statement, which read: "We can confirm that following positive Covid tests, Joe-Warren Plant and Vanessa Bauer have had to withdraw from this year's competition.

"They've been wonderful on the show this year and we thank them for all their dedication and beautiful performances."

Dancing On Ice continues on Sunday at 6pm on ITV.