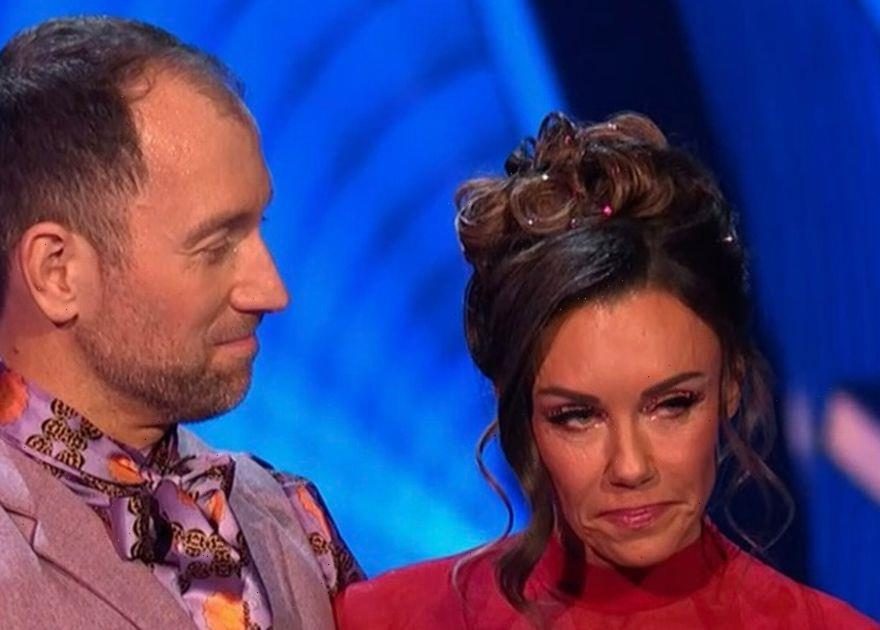 Liberty X star Michelle Heaton was supported by Dancing On Ice fans on Sunday night as she became teary after her debut performance.

Prior to the routine, in a candid VT, Michelle, 43, who has been sober for 20 months, emotionally opened up about how she'd previously been offered the chance to appear on the popular ITV show but had to turn it down due to her past battle with addiction.

And later on the show, Michelle, who shared her gratitude at having a "second chance" on Dancing On Ice, became emotional as she and professional partner Lukasz Rozycki received a rather low score of 19 from the judging panel.

After receiving the judges comments, Michelle told presenters Holly Willoughby and Phillip Schofield: "It feels so special to be here, I'm really enjoying every minute."

Turning to Lukasz she continued: "And he's just been amazing" as her voice cracked, she tearfully added: "And I'm so sorry."

Holly, Phil, and Lukasz were quick to tell Michelle that she has nothing to be sorry for, with her pro partner telling her she'd "been fabulous."

Judge and former Olympic ice dancer Jayne Torvill also shared some encouraging words to the singer, telling her: "You shouldn't be disappointed because you really did a good job out there and you should be proud of what you've done.

"And we saw the mistakes there but you carried on, and you did some really difficult lifts as well."

Jayne added that she was brave for appearing on the show, and with practice she'll become much more confident in her skating.

Viewers were left in tears over the emotional moment as they were quick to support, encourage and praise Michelle.

One person said: "Aw I'm crying for Michelle, she looks fantastic but nerves got to her. Fair play! I want to see her confidence grow #dancingonice."

A different account put: "Michelle Heaton! Absolutely amazing! She has so much to be proud of! #DancingOnIce."

Another follower wrote: "I have a real soft spot for Michelle you know, her story is amazing. I hope she’s proud of herself #dancingonice" with a heart emoji.

While a different viewer added: "Come on Michelle believe in yourself lovely. I'm rooting for you. #MichelleHeaton #DancingOnIce."