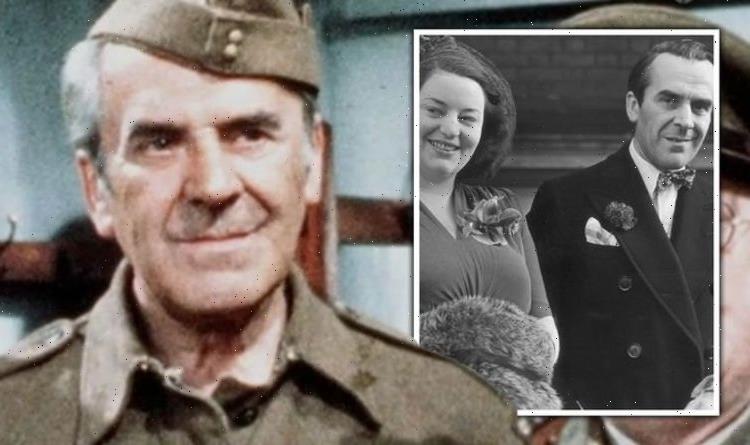 John Le Mesurier was one of seven stand-out stars of one of Britain’s best-loved comedies Dad’s Army. However, in a Channel 5 documentary, which reflected on the actors’ lives behind the scenes, the son and third wife of the Sergeant Arthur Wilson star opened up on the actor’s turbulent second and third marriages.

He married Carry On star Hattie Jacques in the same year and the pair later divorced in 1965.

The actor married his third wife Joan in 1966 and they remained together until death despite Joan’s affair with Tony Hancock.

In 1962, unbeknown to John, Hattie began a relationship with chauffeur John Schofield.

The author of Dad’s Army: The Story of a Classic Television Show, Graham McCann shared his thoughts on John’s reaction to Hattie’s affair.

He said: “John Le Mesurier was a very stoical man when he discovered she was having an affair with a younger, very handsome man.

John and Hattie’s son Robin added: “It was a great relationship until she found somebody else who became a second father to us and we all lived under the same roof.

“Some people can’t understand how that could work but it did somehow.”

When Hattie was the subject of This Is Your Life, John gave a touching tribute to his wife as the couple continued to keep her extramarital affair secret.

The Dad’s Army star said: “I would like to say I am eternally grateful to the way she runs the home, looks after the children, looks after me, home comes first.”

Commenting on the tribute, Robin said: “When he was saying that, my mother’s lover was staying at the house and in fact, she even drove her to Shephard’s Bush empire where it was shot.”

But, to protect Hattie’s career, John agreed to be named as the adulterer.

“I took the blame for Hattie’s marriage,” Joan explained. “I had taken john away from his family.

Get the latest three-day weather forecast where you live. Find out by adding your postcode or visit InYourArea

“But it was not true I was very good friends with her but I didn’t take him away from her it was the other way around.”

However, John’s heartbreak wasn’t over as Joan embarked on an affair with the Dad’s Army star’s friend Tony Hancock.

But, in June 1968, a month before BBC’s Dad’s Army aired, a tragic series of events led to the actor reconciling with his third wife.

After Tony committed suicide in Australia, Joan returned to John.

Dad’s Army: Secret Lives and Scandal is available to watch on My5.