FRENCH film Cuties has sparked backlash from viewers who are demanding the controversial new film is cut from Netflix after it dropped on September 9.

The film has been slammed for"sexualising" young girls and caused the hashtag #CancelNetflix to start trending on Twitter.

What is Cuties about?

Cuties tells the story of an 11-year-old girl who joins a "twerking dance squad".

Netflix altered the film's synopsis, which angered viewers as the original logline on Twitter read: "Amy, 11, becomes fascinated with a twerking dance crew. Hoping to join them, she starts to explore her femininity, defying her family’s traditions."

It now reads: "Eleven-year-old Amy starts to revel against her conservative family’s traditions when she becomes fascinated with a free-spirited dance crew."

In a statement, Netflix said: "This was not an accurate representation of the film so the image and description has been updated." 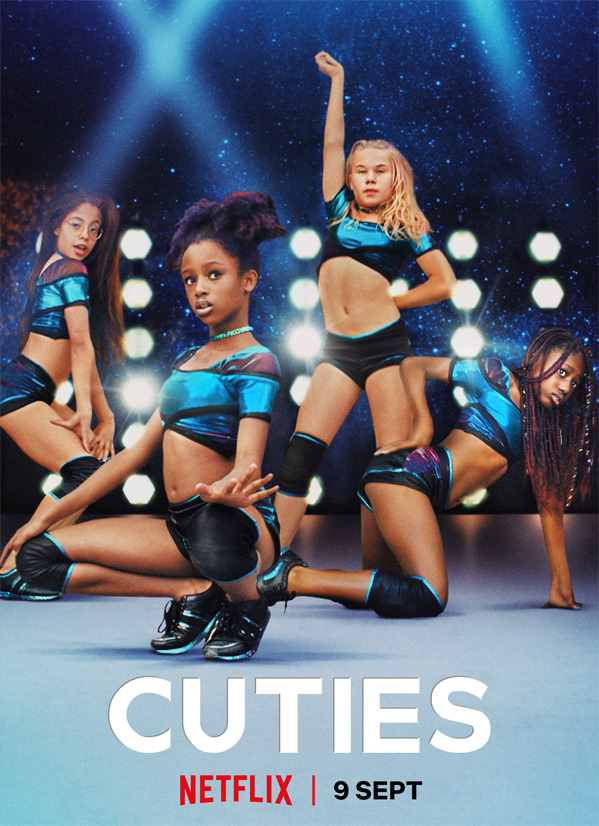 Why is Cuties so controversial?

The French film has been blasted for "sexualising girls".

The movie which premiered at the World Cinema Dramatic Competition section of the Sundance Film Festival this year and dropped on Netflix on September 9, pulls internet culture into the spotlight and focuses on the hyper-sexualisation of girls.

In the American promotional poster ahead of the Netflix release, Amy and her "Cuties" are seen wearing incredibly short and tight shorts and crop tops and posing in mature positions that have been deemed sexual.

In comparison, the French poster shows the four lead girls laughing and dancing as they hold shopping bags.

The girls are wearing bras over their clothes, but the vibe feels more playful.