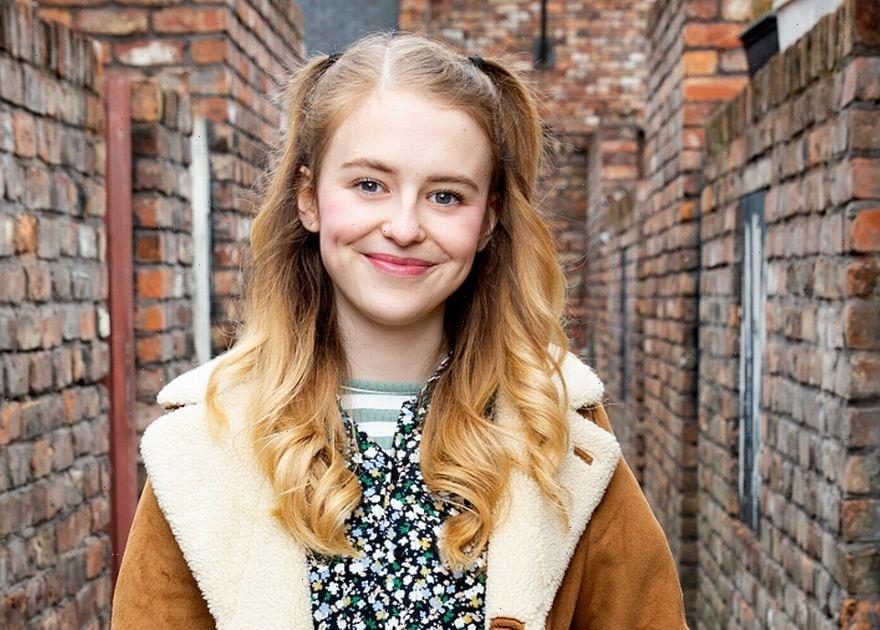 The actress, 23, who plays Summer Spellman, took to Instagram to take part in a fun Q&A session with soap fans.

During the exchange, Harriet was asked by one follower: "What's your favourite outfit you have worn on Coronation Street?"

To which the soap star replied with a picture of an all-pink ensemble, which she captioned with: "It's got to be PINK!!! Hello to you in Canada!"

Harriet was also asked: "What are your favourite qualities about Summer?" to which she replied with: "She is so smart! Always friendly, kind and caring" followed with a heart emoji.

One fan also asked for the actress to list her favourite co-stars to which she posted a sweet collection of snaps, adding: "Too many to choose from!"

While another question, which appeared to be from Jacob Hay star Jack James Ryan, asked: "Who is your favourite cast member and why is it Jack James Ryan?"

To which Harriet hilariously replied with: "Gotta love him," with a shrug emoji and tagging Jack's Instagram handle.

It comes as ITV has introduced a new schedule shake-up for Emmerdale and Coronation Street, which started earlier this week.

From Monday 7 March, Emmerdale’s air time has permanently changed from 7pm to 7.30pm, which means it will be in direct competition with EastEnders that starts at the same time on BBC One.

This comes as part of a planned new restructure of the times of the ITV soaps, as Coronation Street will also shift to 8pm for an hour long episode on Monday, Wednesday and Friday.

Emmerdale fans also have the added bonus of an hour-long episode on Thursdays, while the ITV soap will clash with EastEnders four days a week.

EastEnders won’t be airing on Fridays anymore as it has introduced an extra episode on Wednesday evenings.

Elsewhere, Coronation Street unveiled an exciting new set that will bring shops and a piazza to Weatherfield earlier this week.

The two storey construction will house maisonettes, with a staircase and balcony leading to these properties. There will also be a piazza for outdoor scenes and shops.

This is a milestone for the show, as it will bring a whole new location and with it different storylines. Production Designer, Rosie Mullins-Hoyle, said it will bring "a grittier vibe" to Weatherfield.