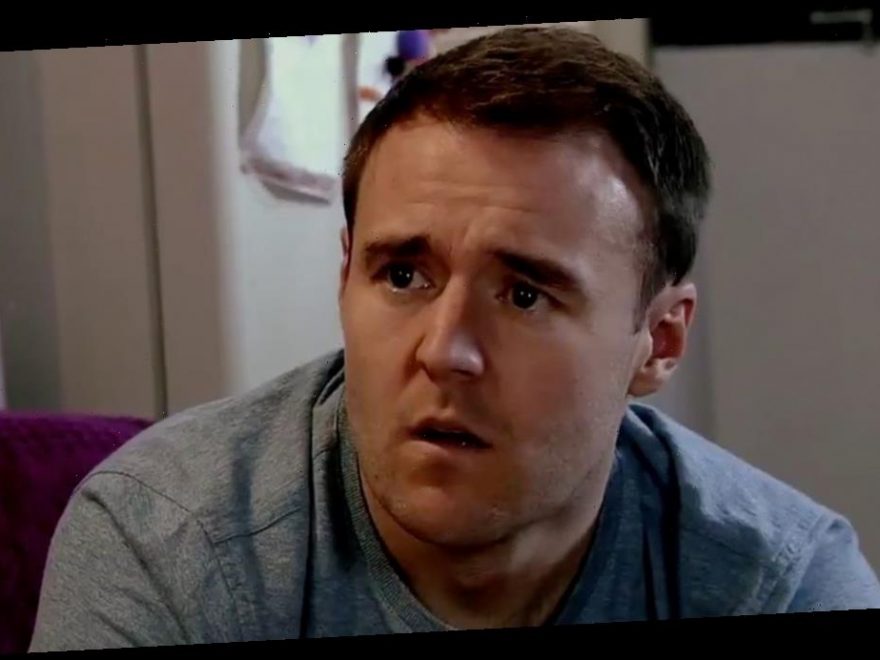 Coronation Street scriptwriters have flung a grenade at one of the soap's most charismatic couples, leaving the fate of their relationship hanging in the balance.

After two decades of an on-off romance with Fiz Brown, Tyrone Dobbs' eye has started to wander, leading him to pine over his twenty-something neighbour Alina Pop.

Tyrone has cheated in the past – he famously romped with Gemma Winter in a 2018 one-night-stand – but this new fling is a question of love, rather than lust.

As the scandalous affair storyline takes shape, actor Alan Halsall, who has played Tyrone since 1998, spoke to Daily Star and assorted press about the twists and turns to come.

When asked whether he thought Fiz and Tyrone would stay together, he said: "It's going to be very difficult, I suppose, after this story."

However, Alan also pointed out the affair with Alina could be the test their relationship needs, to prove Fiz and Tyrone's ultimate loyalty to one another.

He went on: "But I don't know. I think in any relationship that you have in life there's always huge tests. It's testing for every relationship in the world right now just spending 24 hours a day stuck inside with each other. So, people get through tests. This would be a big one.

"It might also be the making of them, I don't know. I suppose that's the joy of us as actors. We also don't know. We get the scripts and it's a bit of a surprise for us – as this story was."

Praising the team of creatives behind each trip to Weatherfield, he added: "That's the fantastic work that our writers do week in, week out. So I'm prepared to go wherever the script tells me to go.

"Let's just see where this story takes us. I think there's a lot to go with it!"

His romance with Fiz goes way back – first meeting in their teens, they enjoyed a hush-hush affair when Tyrone was engaged to Maria Sutherland.

Later, when Tyrone was locked in an abusive relationship with police officer Kirsty Soames, he cheated with Fiz for a second time.

The sweethearts officially came together in 2013, and have been inseparable ever since, bringing a welcome dose of comedy to the cobbles each week.

Alan doesn't believe Tyrone has put much thought into a future with Alina, instead preferring to live in the moment as the first flush of love takes hold.

What started out as a friendship with Alina has turned into something bigger, with chemistry flying between them in recent scenes.

Tyrone faces losing Fiz and his daughters if he breaks his family's trust, but the allure and mystery offered by Alina will prove too much.

Musing over whether Tyrone and Alina will stand the test of time, Alan said: "Tyrone's not the greatest thinker at the best of times, to be honest with you, and I don't think he's thinking too far forward.

"I think he is just genuinely caught up in a bit of excitement, a bit of something that he hasn't had for a long time. I don't think he is thinking straight at all.

"He's happy about it and he's happy to be taken along on a ride or a journey of something different. But as I say, future thinking for Tyrone is not a strong point."

Coronation Street airs on Mondays, Wednesdays and Fridays at 7.30pm and 8.30pm on ITV.