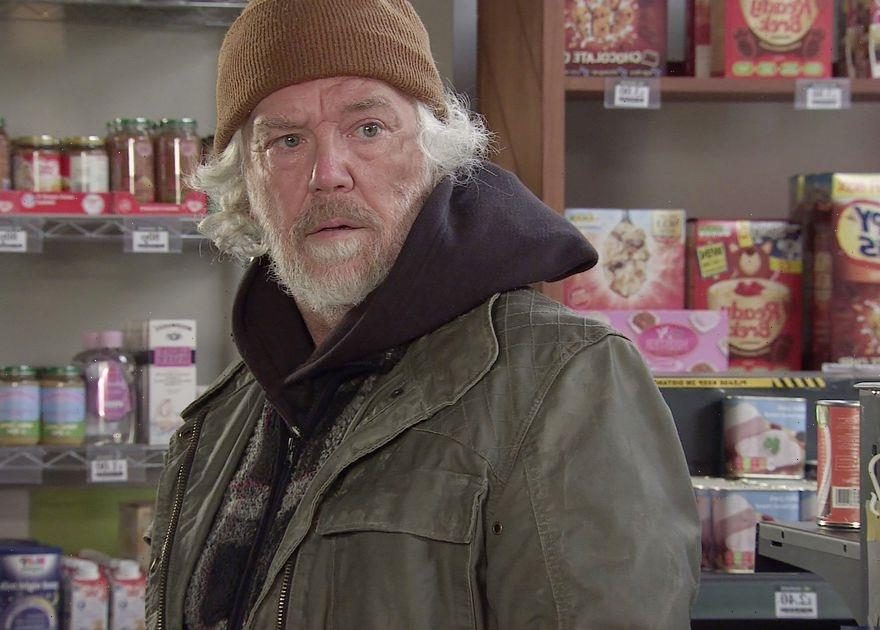 Bill Fellows will join Coronation Street as Stu, but fans may know him as villain George Cartrick in the Apple TV+ series Ted Lasso starring Jason Sudeikis, known for his roles in We’re The Millers and Horrible Bosses.

Alongside his many theatre credits Fellows has made a number of television appearances, most notably Broadchurch with Olivia Colman, Downton Abbey, and he has recently finished filming Scratch, part of the Moving On series for the BBC.

Bill has already appeared in the soap as Stu, a character who took a food delivery from Speed Daal for a homeless soup kitchen, but will be returning to the show as a permanent character.

Corey claims he threw it in the river, but Stu is spotted wearing the bag by Asha who then questions him about it.

Asha is set on obtaining the bag to give to the police, but Stu gets away.

Asha and Nina scour the shop’s CCTV footage for an image of Stu which they use to track him down.

They ask Billy at the soup kitchen about Stu without realising he has heard every word.

They manage to find Stu thanks to Sean’s friend Carol and Nina explains to Stu how the backpack could prove Seb’s killer.

Stu doesn’t want to get involved and leaves the girls thinking they need to convince him to help them.

Drug dealer Harvey was involved in a car crash whilst being transported from prison, yet made his way out unharmed and had his sights set on revenge on Leanne.

Jane shared the clip and added her own message: "Well it’s been an incredible 24 years."

One fan wrote: "Hey! At least put a 'spoiler alert' if you're gonna tweet spoilers," while another speculated: "I think someone is going to kill Harvey before he has the chance to kill Leanne."

For more of the latest showbiz news from Daily Star, make sure you sign up to one of our newsletters here .