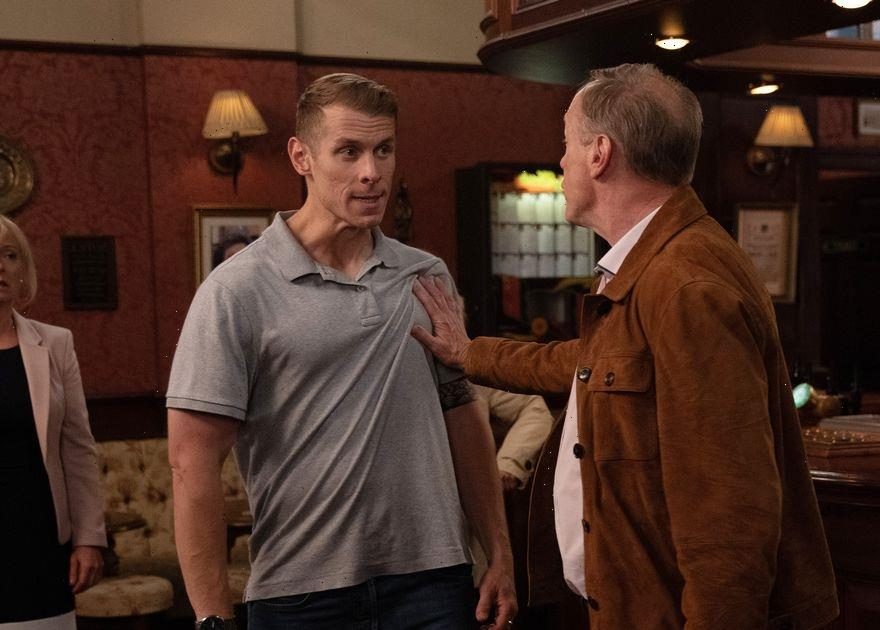 Coronation Street's Stephen Reid star Todd Boyce has co-stars quaking in their boots as they could be the next victims in his character's murderous rampage.

Soap viewers saw Stephen toss Jenny's beau Leo over the Underworld railings, killing him instantly, when Leo started to get to the bottom of his dodgy dealings.

After hiding the body, Stephen sets about making sure that it looks as though Leo emigrated to Canada after all, stealing his suitcase and passport and sending texts from his phone.

And now actor Todd has teased plenty more victims to come as Stephen follows in the footsteps of Pat Phelan and John Stape.

He has his co-stars worried, telling Daily Star: "In the green room I’m offered a lot of cups of tea by a lot of actors who want to find out how long I’m going to be doing the show and how many people I’m going to kill.

"They offer me their seats, and… no, it’s a running joke. I think he’s capable of just killing more people and going on and doing that. It’s like a gambler, the further he’s in the further he digs the hole, I guess."

It's not all bad blood between Todd and his fellow actors, however, as Billy Mayhew star Daniel Brocklebank had a dire warning for him about heading outside.

He joked: "Daniel Brocklebank said to me, 'It’s not going to be fun in Tesco for you, is it?' He said, 'You’ll have to do a lot of home deliveries!'

Speaking of landing the role, however, Todd felt nothing but "honoured" to play the part of a Corrie villain.

He said: "I’m just so honoured that [producer] Iain MacLeod phoned my agent out of the blue and said, 'Hey do you want to come in?'


"What an honour. I’m 61 and someone believes in me enough to say I can do that, so I’m beside myself, I’m really excited.

"Iain told me over Zoom, he unleashed this outline and I was made aware that I was going to be a murderer. He said we can take Stephen anywhere, he’s like a blank canvas."