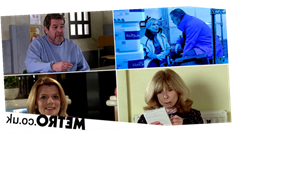 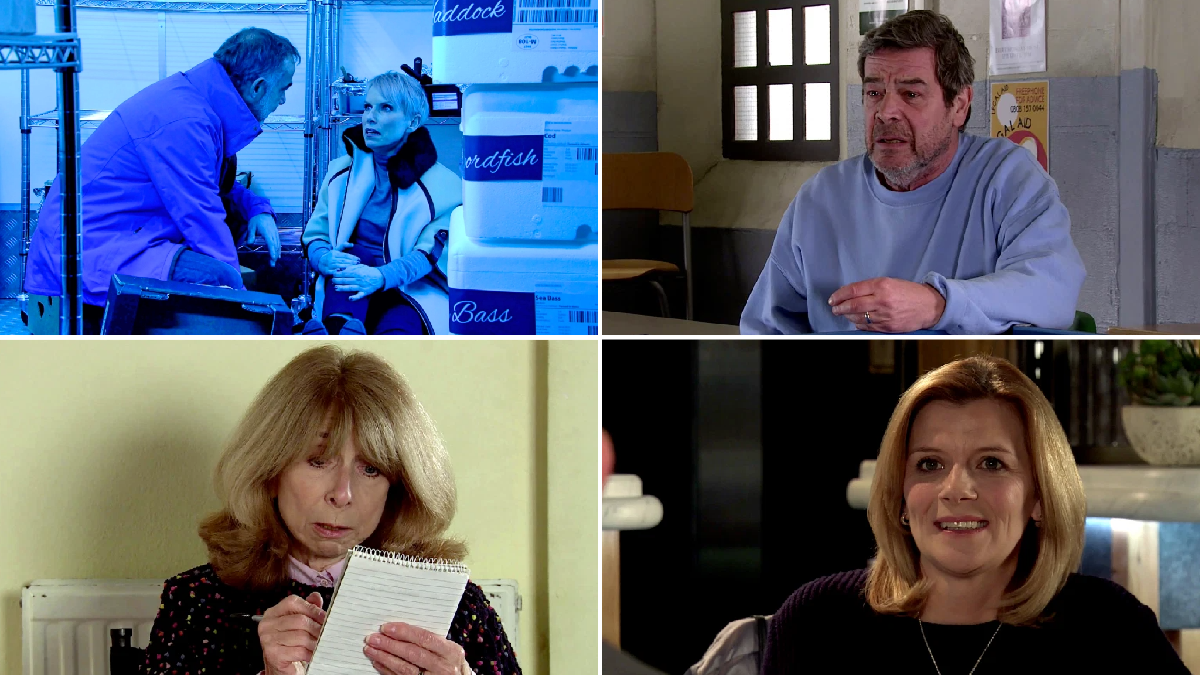 Ghosts from the past are hitting grieiving parents as Johnny Connor (Richard Hawley) is reminded of Aidan’s suicide while Leanne Battersby (Jane Danson) struggles with her grief for Oliver and turns to a medium to try and connect with her lost son.

Nick suggests lunch and Leanne agrees, determined to make more of an effort for Simon’s sake. Leanne lies to Nick about her job and their money situation. Later, Leanne gazes at Oliver’s tree, feeling lost.

Having failed to get a mortgage, David and Shona are worried. Steve is shocked by Tracy’s plan while Shona approaches Audrey for a loan. Soon, Shona has an idea to disrupt the online auction.

Joe asks Johnny for a game of pool but Johnny declines, leaving him sad. Later, Johnny finds out from Gary that Joe has taken his own life.

Shona tries to explain her actions, David and Tracy start a bidding war and Steve steps in. But David is also usurped by the online bid – who has bought the house?

Jenny is worried about Johnny and his dark thoughts about Aidan. Johnny starts seeing figures while Daisy slags off Johnny.

Leanne admits how much she is struggling and thanks Simon, leaving him anxious.

Debbie reminds Abi that she saved her life and Abi is chastened. Debbie tells Ray’s accountant that she has no intention of letting Ray live a new life.

Knowing that Carla is visiting Johnny, Jenny implores her to get to the bottom of how he really is. In the prison, Johnny is seeing mice and cockroaches but he is confused when he thinks he sees Aidan. Johnny admits to Carla that his eyesight is faltering – and Carla is concerned when she hears about Aidan.

Abi calls in at the bistro, suggesting that Kevin should know the truth about Ray, Kevin and Abi spot Mick lurking for Ray, Kevin tells him to speak to Debbie. Abi tells Kevin how dangerous Mick is – and reveals that Debbie killed Ray to save her.

Gail discusses Ted’s funeral arrangements with George. Fiz tells Tyrone off for throwing Alina off while Alina calls at the garage, returning her key. Tyrone then puts his foot in it again.

Kevin confides in Abi that he doesn’t trust Debbie.

Johnny promises Carla that he will see the doctor – on the condition that he doesn’t speak to Jenny. Later, Johnny is summoned to the doctor – Carla reveals to Roy that she broke Johnny’s trust.

Fiz reminds Tyrone of Alina’s past and he apologises her for being insensitive. He offers to help her look for a college course.

Gary and Faye appear in court while Debbie tells Sally that she wants to hire a lawyer for Faye but Kevin doubts her and tells her he has had enough. In the bistro, Ray disguises himself and confronts Debbie and forces her into the fridge. Kevin attacks Ray and rescues Debbie – only for them both to end up locked in the fridge.

Johnny keeps seeing a ginger cat and he confides in Gary that he is cracking up. Gary urges him to get some help. Johnny calls Carla and tells her that he is going to a psychiatrist. Johnny opens up to Jenny about what he is going through.

Fiz asks Tyrone to look after the shop but when Alina invites him for a coffee, Tyrone leaves the shop unattended – and it is robbed. Fiz returns and is stunned to see the shop is half empty.

When Billy receives a Valentine’s present from Paul, he feels saddened while Leanne shows Simon a feather she found, convinced it’s a sign from Oliver. Leanne books an appointment with a TV psychiatrist.