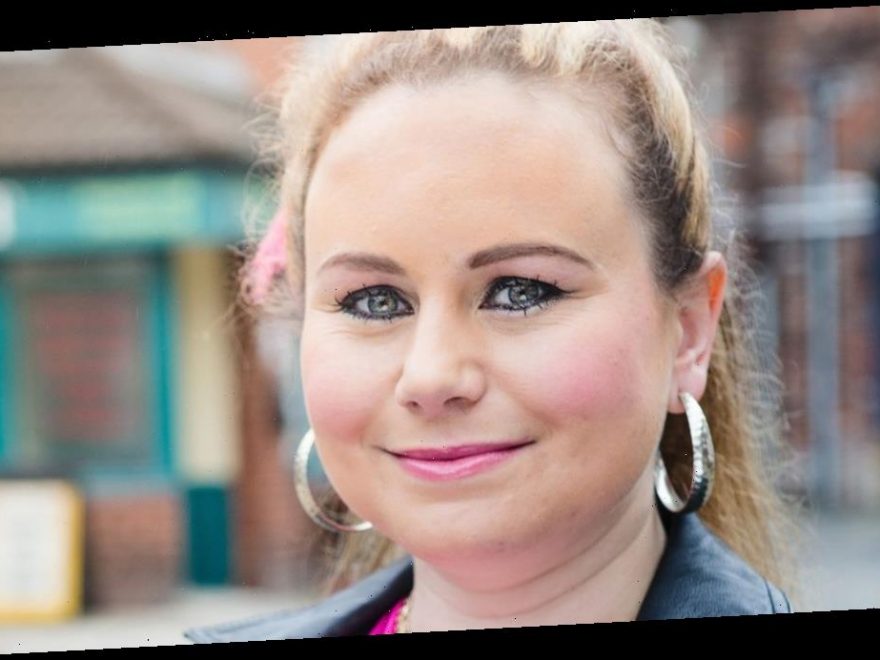 Gemma's (Dolly Rose-Campbell) mask that got fans talking had a photograph of a massive smile with bright red lipstick on it.

It made the character look like she had a massive smile and it sent Corrie viewers into meltdown on Twitter.

One said: "Loving Gemma's face mask but it is freaking me the f*** out."

While another wrote: "When Gemma wearing a mask is the highlight of 2 episodes."

A third added: "Gemma's mask I have no words wow".

"Omg Gemma’s mask just scared the shit out of me", penned another.

Gemma regularly sends Corrie fans into a frenzy with her iconic outfits on the soap.

Last year, the character floored fans as she prepared for her first shift back at the famous Rovers Return pub.

Fans went into meltdown over the outfit as the star teamed the sexy top with a skintight silver skirt.

Gemma then proceeded to put makeup on her boobs, adding contour to highlight her cleavage.

Her hair was styled in a glamorous bun, her hair tied in the shape of a bow.

One said: "Gemma dressed as though she's auditioning for the Eurovision Song Contest, rather than a job in The Rovers #Corrie".

While another wrote: "Surely Gemma is not going to the Rovers looking like that???", exclaimed another Corrie fan with two smiling emojis.

"Oh yes Gemma and her outfits are back!", added a third.

Coronation Street airs on Mondays and Wednesdays 7.30pm and 8.30pm with an hour long episode at 7.30 on Fridays on ITV