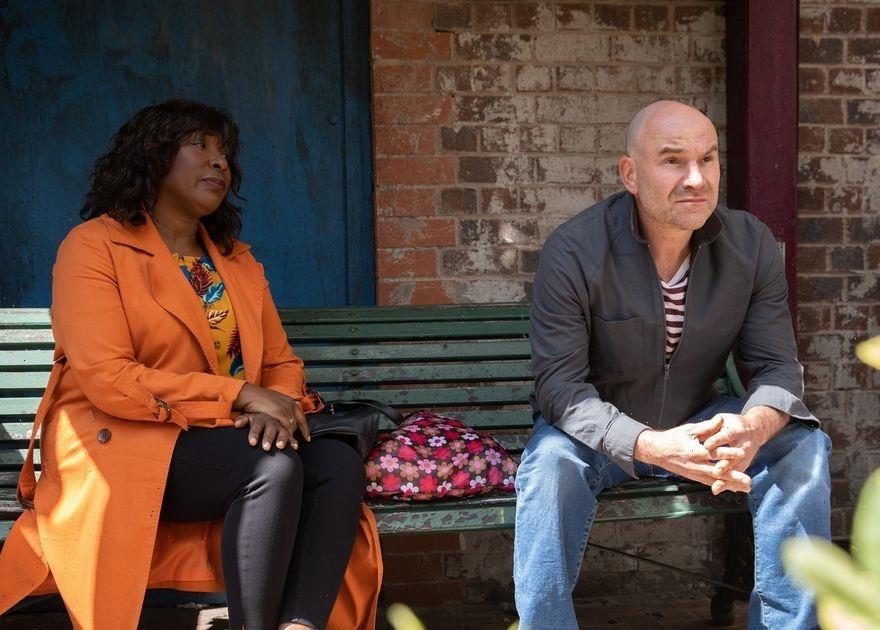 Coronation Street's Tim Metcalfe looks set to cheat on wife Sally in a sudden twist amid his mounting fears of death.

Tim has been growing closer to nurse Aggie Bailey in recent weeks as she supported him through his triple heart bypass and erectile dysfunction woes with Sally.

Furious, she orders him to go to the cobbles' Casino Night alone, and when Tim returns home he finds a note from Sal informing him that she's made up the spare bed – since he isn't welcome in theirs.

Sally's also busy worrying about Faye, as she suggests she should consider hormone replacement therapy to combat her early menopause – but Faye isn't keen.

Later, Tim attempts to make peace with his wife, but she accuses him of shutting her out and insists they spend some time apart instead.

Tim begs Sally not to give up on him – but is it too late?

Over in Victoria Garden, Tim spills his problems to Aggie, who only urges him to share his woes with Sally. Convinced, Tim tells Sally about his fear of death since his big heart scare.

Sally is left wondering what made the penny finally drop, but Tim refuses to mention Aggie's prompting.

Reuniting in Victoria Garden later that week, Aggie hands Tim a book about coping with death and urges him to read it.

Sally is proud that he's finally tackling his problems after burying his head in the sand for so long, but Tim still fails to mention that the book was Aggie's suggestion.

Tim isn't the only one hiding things next week, as Jenny's beau Leo also comes clean about some home truths. Announcing he's looking for labourers, Daniel offers his services up to Leo – much to Daisy's amusement.

It means Daniel spending the night at the Rovers, but he's woken at 3am and is stunned to come face to face with Leo, already dressed to impress.

Daniel tells Daisy that Leo's clearly hiding something from Jenny, and later finds out from Paul that it's Leo's last day in his job. He rushes to tell Daisy, who then informs Jenny about the pair's suspicions.

Over dinner in the Bistro, Leo finally comes clean – but what exactly has he been hiding?