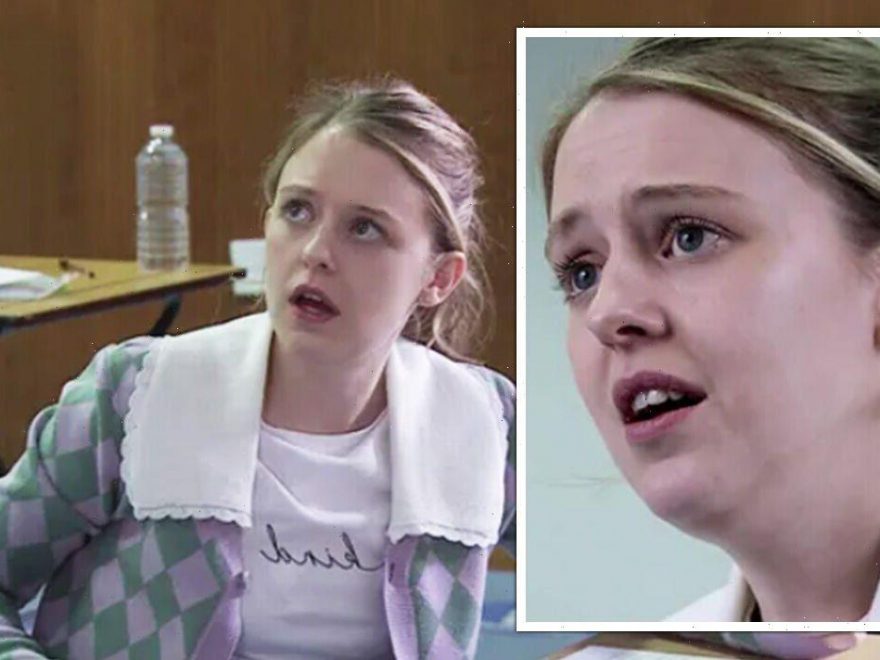 Summer Spellman (played by Harriet Bibby) has been struggling with an eating disorder as well as feeling rejected by her new Coronation Street love interest Aaron Sandford (James Craven). Official ITV soap spoilers have revealed Summer has to be rushed to hospital during the middle of an exam after not taking her diabetes medication. Will her loved ones, including her guardian Billy Mayhew (Daniel Brocklebank) lose trust in the teenager?

In upcoming scenes, Billy confronts Summer and accuses her of failing to take her medication regularly.

The character does not take Billy’s comments well and she flies off the handle at his questions before storming out of the house.

After demolishing two packets of crisps, Summer throws her insulin down the sink in a dangerous move.

When Paul Foreman (Peter Ash) returns home with a takeaway meal, Summer tells him she has taken her insulin as necessary.

However, when she later checks her blood sugar level, she is concerned to find it is far too high and she starts to panic.

When she monitors it again, later on, Summer is relieved to see the level has come down.

Having secretly poured her insulin down the sink, Summer sets off for an exam at school.

However, as she embarks on her maths paper, her vision becomes blurred.

She is soon horrified to realise she has left her diabetic kit back at home, and desperately needs it.

An ambulance is called as she requires urgent medical attention at the hospital.

As she is being loaded into an ambulance, she tearfully explains to Aadi Alahan (Adam Hussain) her blood sugar level is sky-high.

Will Summer be okay with the help of a doctor?

This is not the first time Summer has purposely avoided taking her medication and when Billy and her friends find out about the latest incident they might not believe her in the future.

Will she lose Billy’s trust altogether and will he have to keep a closer eye on the schoolgirl to make sure she does not pour her insulin away again?

Summer is of an age where she longs for independence and is likely to be left devastated if she has to be monitored around the clock.

Will her latest relapse also keep her love interest Aaron away from her for good?

Coronation Street fans will remember Summer met Aaron at a diabetes support group and the pair hit off.

However, Aaron recently told Summer it would be best if they only talked at the support group as he was concerned about her bulimia.

Perhaps he will keep his distance until he learns to trust she is taking her medication.

Coronation Street airs on Mondays, Wednesdays and Fridays at 8pm on ITV.