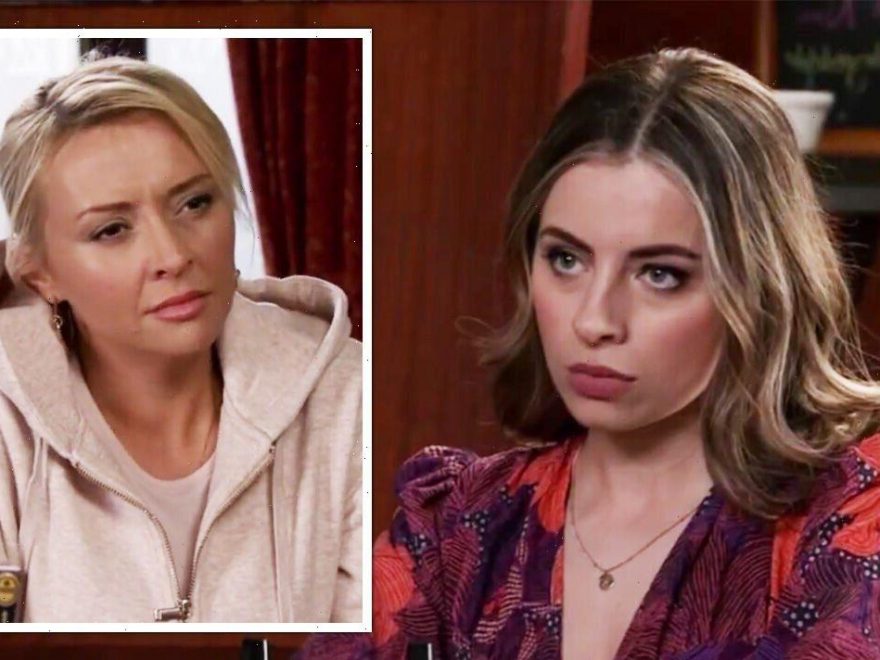 Coronation Street: Imran and Toyah get into car crash

Nicky (played by Kimberly Hart-Simpson) was left crushed when Daniel Osbourne (Rob Mallard) told her he was still in love with his ex-girlfriend Daisy (Charlotte Jordan) on Coronation Street. After Nicky, who has been living with Daniel, realised how much he missed Daisy, she swallowed her pride and told the barmaid he wanted to rekindle their romance. While Daisy is willing to give him a second chance, will she lash out at Nicky in a jealous rage if she refuses to move out of Daniel’s home?

ITV soap fans will know the characters have been caught in a love triangle.

In recent weeks, Nicky mustered the courage to tell Daniel she was falling in love with him following his break-up with Daisy.

However, she was left devastated when he admitted his feelings were not mutual for her.

The mum-of-one tried to shrug off Daniel’s rejection as she is living with him until she manages to secure a new job after being sacked when her sex-worker past was exposed by a student.

Eventually, Nicky met with Daisy in the Rovers Return and told her: “You’re torturing him and there’s no competition.”

Daisy eventually visited Daniel and revealed she was willing to give their relationship another try.

However, she told her former flame she would not rekindle their romance until Nicky stopped living with him.

Daisy told Daniel: “I’m not saying you should ask her to leave. I’m saying we should wait until she does.”

“You asked her to move in. You couldn’t even wait 10 minutes, you had to swoop in and be the hero but this complicates things for me.”

If Daniel refuses to boot Nicky out of his home, will Daisy take matters into her own hands?

Could Daisy physically attack Nicky in a rage after failing to control her emotions any longer?

Daniel, who cares about Nicky as a friend, is bound to be left horrified if Nicky was hurt and could be the person to report Daisy to the police.

If Daniel does not report her, Nicky most likely would and Daisy could get arrested for assault.

Discussing her relationship with Daisy, the actress said: “If it wasn’t me it was going to be another woman because I think she has some underlying

“I don’t think it is a Nicky problem, it’s a Daisy problem, but the way it’s all come about it is still really hard for her to accept Daisy.”

She continued: “So as it stands, it’s frosty, 100 percent, she’s going to have some anger towards Nicky, understandably.”

Kimberly teased that Nicky and Daisy could either “fight or they could hug” out their issues.

She added: “I think they want to hold each other but punch each other while they are doing it.”