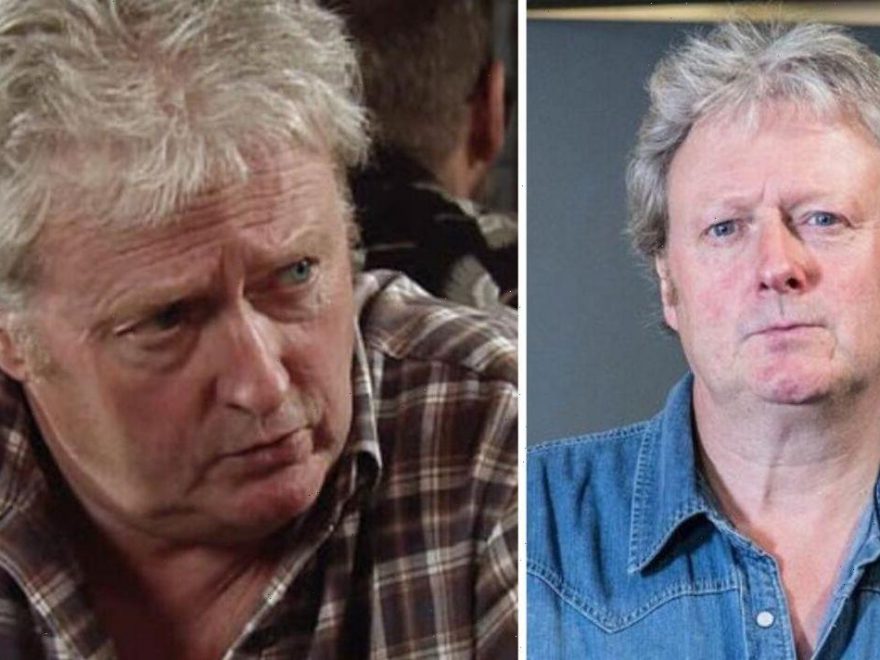 Coronation Street: Bernie gets stitched up by Fern

Coronation Street icon Charlie Lawson played notorious criminal Jim McDonald from 1989 until 2000. Since his exit from the show, he has made a couple of casual cameos and remained to be seen as one of Weatherfield’s hardmen. However, he has since claimed that viewers are beginning to get “fed up” with the storyline, and feels time could be up for the ITV soap.

Charlie played the father of long-standing icon of Weatherfield Steve McDonald (played by Simon Gregson) and was married to Liz McDonald (Beverley Callard).

The star is no stranger when it comes to knowing what sort of storylines get’s views for the soap, and said: “I was there in the 90s for 11 years.

“In 10 years who knows if we will have a Coronation Street, we’re all changing our viewing habits as it is already.”

He believes that the show is beginning to lose the interest of viewers due to “politically correct” storylines, including the recent issue of Max Turner (Paddy Beaver) being groomed by far-right extremists.

He told Daily Star: “People are getting a little bit gobsmacked and fed up with all this,” before adding that political correctness is a reason he may not make a return to Weatherfield.

Charlie also admitted he felt that the acting and script writing was better during his time on the show: “Do I think it was better in the 80s and 90s?

“I would have to say yes, that’s not the cast’s fault. It’s very hard when you’ve got 70 people and six episodes to do a week.

“Good acting is about people talking to each other, it’s the spoken word.”

During his time on the show, his character faced some tough setbacks, one including his prison sentence for manslaughter in 2000.

Returning to the show to pick up the storyline, after around three years into his sentence, Jim was moved to an open prison with hopes that he’d be granted parole.

However, his good behaviour didn’t last long when he gave Steve a ring to reveal that he had escaped while on day release.

In the following two years, Jim decided to better himself, promising to ditch alcohol once he was out and take anger management classes.

In late 2018, Jim was released from Highfield Prison and after a few weeks, he returned to the street, to the shock and dismay of Liz and Steve.

The soap is set for three major storylines in the coming weeks, which include Hope Stape (Isabelle Flanagan) attacking her classmates.

When two Year 11 girls call her a “nut job” Hope takes out the hammer and heads towards them.

Ken Barlow (Bill Roache) comes face to face with another former lover Martha, after being introduced by their drama group friend Nigel.

Finally, Sam Blackman (Jude Riordan) visits Harvey Gaskell (Will Mellor) in prison after months of writing letters to him.

Getting what Sam set out for, Harvey concedes he intended to murder Leanne before revealing his Mum died when he was 14.