Violet (played by Jenny Platt) hasn’t been seen in Weatherfield since she left Coronation Street over a decade ago after giving birth to Sean’s (Antony Cotton) son, Dylan Wilson (Liam McCheyne). The former Rovers Return barmaid made a brief return back in 2011 when the boy’s father wanted to make contact with the youngster after his mother cut all ties following her exit from the ITV soap. The relationship between the father and son has been building off-screen for years but Friday’s instalments of the weeknight serial drama saw the pair reunited. However, with the teenager’s mother being an absent presence in the schoolboy’s life, will see turn up on the cobbles to help him make a permanent move to Manchester?

From the moment viewers say Dylan back on-screen, it was clear there was something troubling the youngster and before long, he disappeared from Sean’s view.

After gathering a troupe to try and track down the youngster, it was Todd Grimshaw (Gareth Pierce) who found the teenager slumped against a wall in the ginnel.

The pair then had a heart-to-heart about the schoolboy being on the cobbles for the half-term break, with Eileen Grimshaw’s (Sue Cleaver) son urging the youngster to give his father a chance.

However, Dylan admitted it was his mother Violet who seemed to be causing him concern and not the Underworld Factory worker at all.

Spotting the teenager scribbling away at his phone, Todd asked the schoolboy who he was messaging, to which he got a sharp reply it was friends. 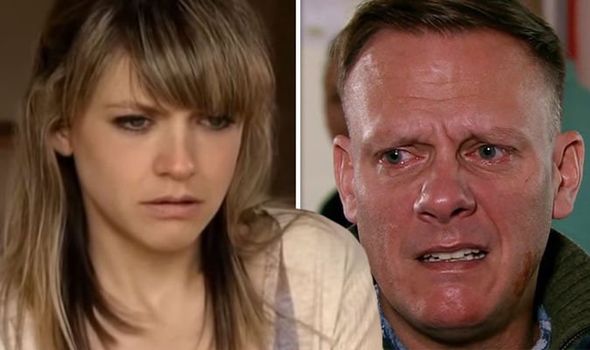 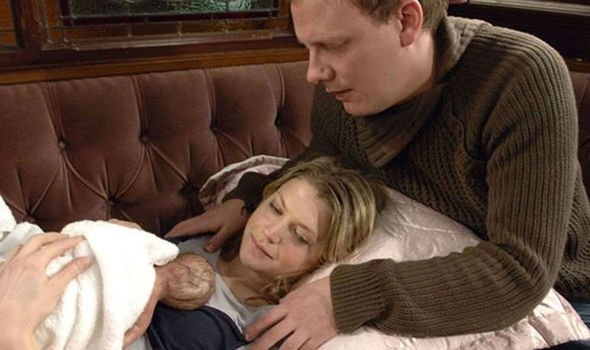 “That’s a relief, at least you’re not a mummy’s boy,” Todd quipped, with Dylan replying: “I suppose it would only go straight to voicemail, anyway.”

“Does she get busy at work a lot?” Eileen’s son asked, but it seemed it was Violet’s relationships which were putting a strain on her bond with the youngster.

“Suppose, or she’s upset. Her and Anton row a lot,” the schoolboy admitted, with the youngest member of the Grimshaw clan reassuring him: “It’s what grown-ups do, at least in my experience.”

With the youngster worried his mother was going to split from her partner, Todd told him he shouldn’t be concerned. 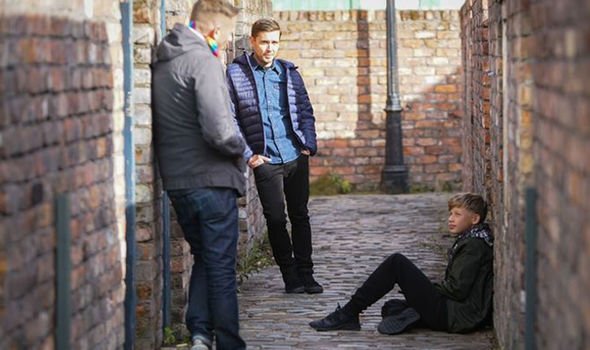 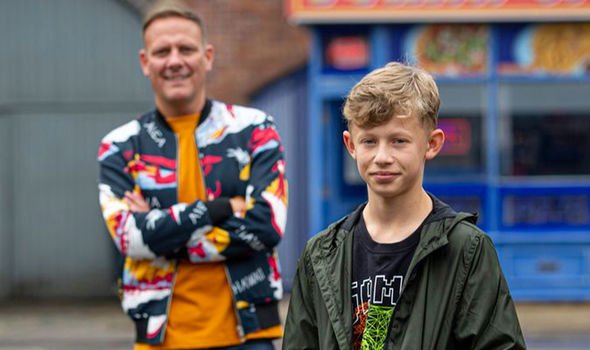 “Don’t go worrying yourself about that, I’m sure it’s nothing serious,” Todd explained, but could Dylan be right on the money with his worries?

Following a brief return to the cobbles this week, the youngster will be heading back to live with his mother for a bit before making a permanent comeback in a few months time.

The specifics as to why the schoolboy ends up living with Sean are yet unknown, but it could do with Violet suffering from some heartbreak.

Having split from her boyfriend, the former Rovers barmaid could turn up on the cobbles with her with son and his belongings in hand.

This was originally going to happen 12 months ago

Believing she’s looked after Dylan enough by herself, Violet could tell Sean it’s now his responsibility to take care of the youngster.

Being a single woman again, Violet could decide she wants to take some time for herself and enjoy the independent life without a child in tow.

With some old faces of Weatherfield past having turned up on the cobbles of late and with the 60th anniversary just around the corner, could the former barmaid’s return be part of the celebrations?

Viewers will have to wait and see if this storyline does play out over the coming weeks but Sean star Antony, 45, has spoken out about having his character’s son back on screen.

The soap star told Express.co.uk and other publications Dylan was meant to come back a lot earlier, but storyline changes and coronavirus delayed his return.

“This was originally going to happen 12 months ago, with a different kind of story. Then stuff happens, as it always does, where something else was brought in and it was too similar.

“But at the time when I was told that it wasn’t going to happen, Iain MacLeod [producer] also said to me: ‘Don’t worry, it is going to happen in another scenario but it’s going to take a bit of time’.

“Then COVID happened. Dylan should have actually been on-screen a lot sooner, but then it all went wrong. And even before that, he should have been on screen a year ago but in a different incarnation!”