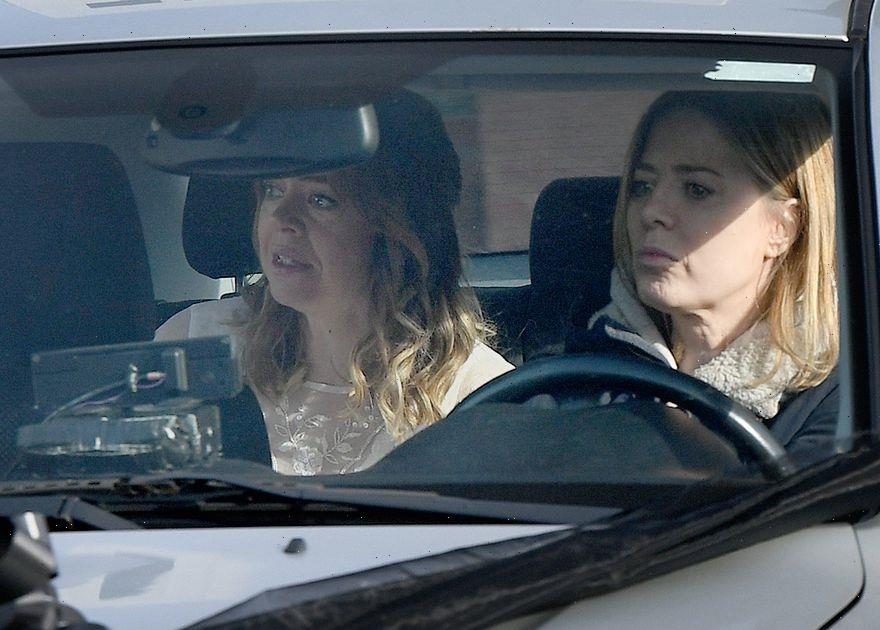 In new filming spoiler pictures taken on location, it sees a concerned Toyah in a wedding dress in the back of a silver car that is being driven by Abi.

According to reports, Toyah gets into the car ahead of her wedding only to be left shocked to see Abi, who is on a mission to ruin the ceremony, as the driver.

Will the wedding still go ahead or will Abi get her own way?

Soap watchers will recall that Abi recently gave birth three months early after a surprise pregnancy to baby Alfie and it was soon revealed that Imran was the dad following a one night stand last year.

Toyah, who was left devastated over Imran's betrayal, decided to take him back earlier this month after he revealed that he was fighting for sole custody of his son and wanted them to be a family.

Imran's decision came about after he discovered that Abi had taken Kelly Neelan's bottle of morphine and despite her insisting she didn't touch it, the solicitor was convinced she had used it.

Agreeing to take him back and fight for custody over Alfie, Toyah said: "You, me and Alfie… that's what I want. You were right, it's what I've always wanted."

Imran was left stunned as he declared: "I do not believe this. I do not deserve you, you won't regret this, I love you!"

However, Abi soon got wind of their plans as she confronted the duo and begged them not to fight over their son.

It comes as fans think that Toyah is secretly going to get revenge on Imran and will get her own back on the solicitor.

A different account put: "I wonder if Toyah will secretly help Abi get custody then when Imran finds out he leaves #Corrie."

Another follower wrote: "Hmmm ..is Toyah for real or is she gonna double-cross Imran and help Abi by way of payback? #Corrie."

A different viewer speculated: "My guess is that Abi & Toyah are both in some kind of revenge plot against Imran…… #corrie."

While another soap watcher added: "Or can we have Toyah teaming up with Abi and fighting Imran for Alfie? #Corrie."