Nina Lucas (played by Mollie Gallagher) is only just getting over her romance with Asha Alahan (Tanisha Gorey) and has been slowly moving on with Seb Franklin (Harry Visinoni). In recent scenes on Coronation Street, Seb has been trying his best to impress Nina and in Friday’s instalment, he decided to invite himself along to a gig she was going to. Nina wasn’t certain at first but is clearly impressed at the effort Seb is making.

Unfortunately, Nina and Seb might not last long despite his romantic gesture.

Speaking in Friday’s instalment, Seb shared his interest in joining his girlfriend at her gig.

“You don’t really want to come, you’re just being nice,” Nina said as she tidied up in the cafe.

Seb insisted: “I am nice but that’s not why I want to go. I like all sorts of music, I’m kind of curious.” 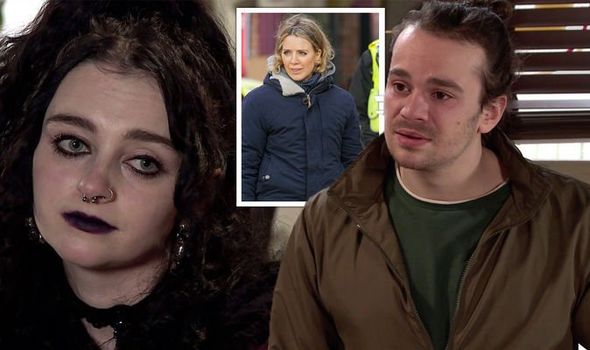 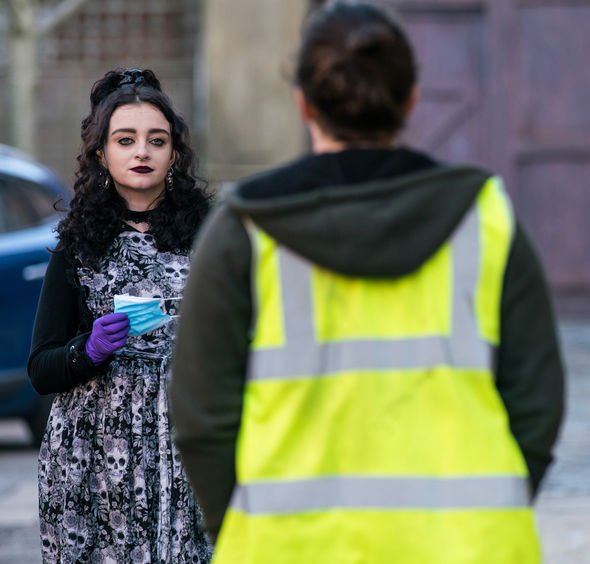 “Dressed like that?” Nina asked as Seb shot her a confused look: “What? What will I stand out?”

Nina smiled: “The same way I would dressed like this at a Kardashian’s pool party. Not that it matters.”

As Seb looked up Lagosi’s Curse online to see how they dressed, he was shocked by what he saw.

“They’re like Boyzone but with rods of metal through their cheeks,” Nina explained.

“Singing might be pushing it but they do shout in unison very effectively. It will be an experience.”

Seb remained keen to impress Nina and later looked to his mum Abi for help. 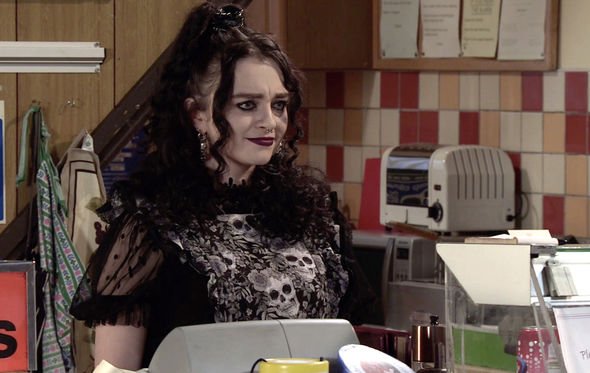 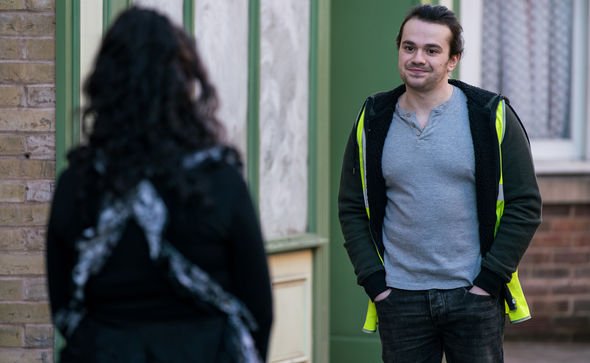 “Is the drummer wearing a sheep’s head?” Abi asked looking at photo of the band.

Seb replied: “I hope so. Even weirder than I thought.”

“Looks more like the cast of Texas Chainsaw Massacre but yeah, each to their own,” Abi remarked.

“Right so what’s the problem? I thought you were desperate to go out with her?”

As Seb shared his concern about his clothing, Abi noted Nina could be testing her son.

“Right leave it to your Mam, I’ve got an idea,” she added.

Will Abi help Seb to win over Nina or could she secretly be sabotaging their romance as she doesn’t believe Nina is good enough for her son?

There’s also the possibility Abi is worried Nina doesn’t think Seb is good enough for her and is trying to protect Seb from getting hurt.

Either way, official soap spoilers have already revealed the romance is doomed as the couple break up next week.

After the gig and a night in a hotel, Nina overhears Ed (Trevor Michael Georges) and Paul Foreman (Peter Ash) mocking her appearance.

She’s devastated when she hears Seb laughing at their jokes instead of jumping in to defend her.

Nina rushes off and when Seb catches up with her, reveals she was going to ask him to move in with her.

However, after hearing his hurtful comments, she doesn’t want anything to do with him, leaving Seb heartbroken.

It comes as Corrie boss Ian MacLeod has revealed Nina will be involved in a tragic storyline in coming weeks.

Nina will clash with Asha’s boyfriend Corey and there will be devastating consequences for her uncle Roy Cropper (David Neilson) and Abi.

“A huge story for next year involves Asha, Nina, Aadi [Alahan], Kelly [Neelan] – they will be mixed up in a hard-hitting story [that’ll have] massive ramifications for Roy and Abi.

“It’ll be one of our biggest, serious social responsibility stories next year by a margin.”

He added: “It’s incredibly sad and tragic but a really important story.”