Leanne (played by Jane Danson) has been plagued with grief for the past few months on Coronation Street as doctors have told her there is nothing more they can do for her terminally ill son, Oliver Battersby (Emmanuel and Jeremiah Cheetham). In Wednesday’s double-bill of the ITV soap, she finally discovered her partner Nick (Ben Price) had a secret son with former lover Natasha (Rachel Leskovac) – a child he had only met himself a few days previously. The Weatherfield resident was desperate to build a relationship with the boy for her boyfriend’s sake, but the agony of losing her own child was too great. As she lashed out at her other half for having something she was about to lose, it seems the mother-of-one could resort to desperate measures to ensure Sam Blakeman (Jude Riordan) is out of their lives for good.

How is Boris Johnson handling the coronavirus crisis? Vote in our poll

After sitting down with the youngster and hearing about his ambitions for the future, it was clear Leanne was overcome with emotion as she knew Oliver would never have those chances.

Reflecting on the meeting with Nick, the grieving mother said: “I tried and I can’t handle it,” before telling her partner it “wasn’t his fault”.

However, she added: “I can’t help hating you. I might lose Oliver and now you’ve got this new son to cling onto.

“A future to look forward to and I know it’s selfish and unfair of me but it’s how I feel,” she continued, after which she instructed her partner to leave.

The episode then ended with things looking shaky between the two lovers, but could Oliver’s mother make sure the couple is stronger than ever by taking out Natasha? 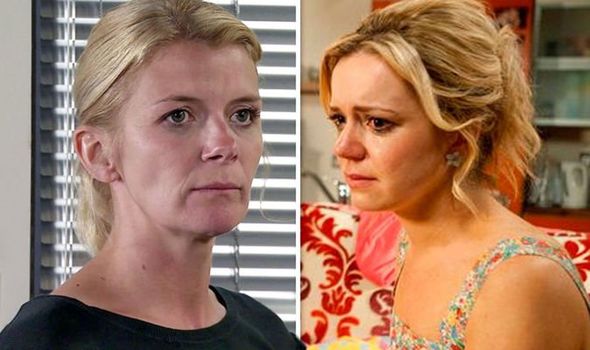 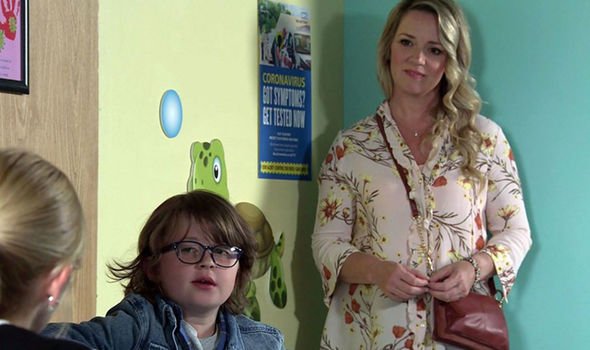 Earlier in the second episode of the evening, Leanne came face-to-face with Natasha for the first time in 10 years.

The last time the women saw one another, they were at war over who was better suited for Nick, with Sam’s mother always believing the father of her child loved his ex-wife more than her.

Now a mother, the former Weatherfield resident seems to have matured and got rid of her obsessively suspicious nature which led to her becoming hated by her neighbours over a decade ago.

It’s fair to say she did some ruthless things to ensure Nick stayed by her side, which left Leanne feeling pushed out of her former husband’s life. 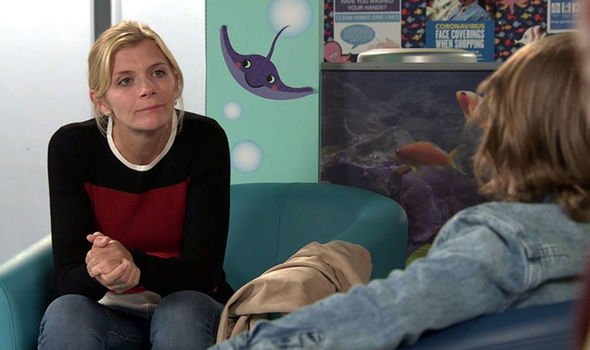 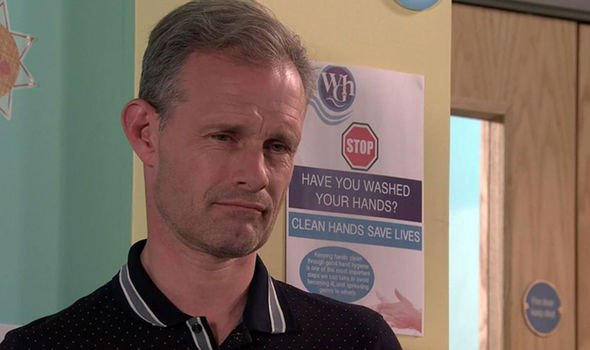 I can’t help hating you

Wanting to get even and with the opportunity to do so now Natasha has returned, Leanne could come up with a plan to frame her for a crime she didn’t commit.

As a result, Nick’s former lover would be carted off by the police and could possibly face a lengthy jail sentence.

This would mean Sam would need someone to take care of him but with Oliver’s mother needing all the support she can get, the father-of-one could put his son up for adoption.

Although heartbreaking, this would mean he could be there for his partner instead of being distracted by the needs of his child.

Leanne would firmly have Nick back in her grasp as she had sabotaged his relationship with his son and the mother of his child.

Therefore, Oliver’s mother wouldn’t feel jealous every time she saw her partner building a rapport with Sam when she had just lost hers.

However, will her conscience get the better of her and lead her to tell the police the truth about how she framed Natasha?

Plagued with grief and knowing Nick needs to get to know his son, the mother-of-one could bring their romance to an end.

Executive Producer Iain MacLeod previously teased Oliver’s diagnosis would put even the strongest of relationships to the test.

Speaking to Express.co.uk and other press, the soap boss said: “This is a story about a family coming to terms with the most difficult news anyone can face and the ways in which this strengthens and shatters relationships in unpredictable ways.”

Upcoming scenes will see Leanne and Oliver’s father Steve McDonald (Simon Gregson) preparing themselves to take the hospital to court after they stated the youngster’s life-support should be turned off.

Could the mother-of-one end up losing her son and her partner at the same time as her world crumbles around her?