Coronation Street has been turned upside down a little following intimate images of Asha Alahan (played by Tanisha Gorey) being shared online. While Dev Alahan (Jimmy Harkishin) thought moving the twins from Weatherfield High to the private school would solve all his problems and make his daughter happy again, it has resulted in him struggling financially and Asha resorting to her previously mischievous ways when it comes to boys. In upcoming scenes, Dev is going to have a stern word with the tearaway teenager, and it seems there is a chance Asha is going to make a big decision regarding her future.

This week, Asha will be caught with Corey Brent (Maximus Evans) down the ginnel.

Despite embarrassing him in front of his friends in broad daylight, it seems Asha has forgiven him and the two are spotted kissing one another.

Understandably furious, Dev’s anger only increased when he walks in on the pair in his own home.

Express.co.uk spoke to the actor who plays Dev about his current storyline, and asked how his character felt about Asha’s betrayal. 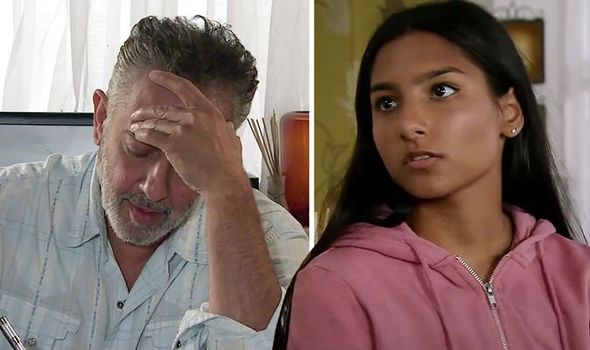 Jimmy explained: “Well after everything that’s happened, I think he’s quite devastated.

“He doesn’t understand it.

“After everything that this boy [Corey] has done, the problems that he’s caused.

“And because of what’s happened, the aftermath of it, and then [Asha and Aadi] having to move out that school and go to another school and it’s a fortune costing him to do that. 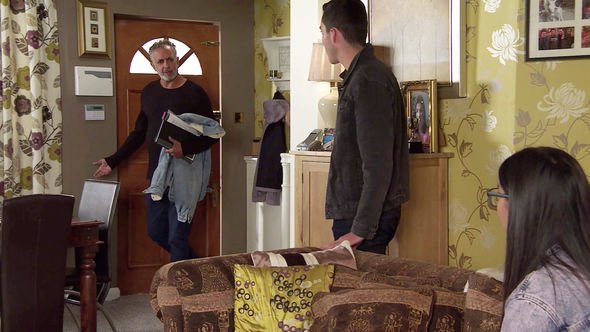 “[As well as] the money it’s costing him to try and get rid of all the images on online,” the actor added.

Then she’s being going back to this boy, he can’t understand why she would do this. Personally, I kind of understand it because it’s [the images] something that got out of hand and stuff and Asha keeps saying to Dev ‘It wasn’t it Corey, he wasn’t the one that posted these images.’”

While Asha may have decided to focus on the future, that is not something Dev is able to do considering his current money worries.

The dual-shop owner is not making ends meet, and with mounting school fees, the last thing he needs is his daughter cavorting with the enemy. 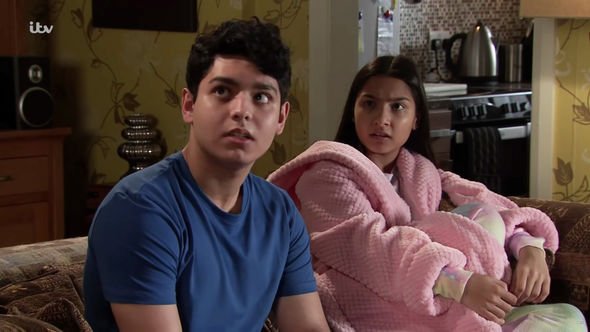 Dev instils the help of Nina Lucas (Mollie Gallagher), hoping she can talk some sense into Asha.

While the cafe worker explains Asha can do much better than Corey, the teenager is adamant Corey can make her happy.

Meanwhile, Asha’s twin bother, Aadi Alahan (Adam Hussain) is feeling second best, constantly seeing his father put all of his energy into Asha and her troubles.

He will take Dev to one side and following this, Dev decides enough is enough, Asha needs a reality check.

Upcoming scenes will show Dev present his daughter with a spreadsheet of finances.

The document details exactly how much it would cost for her and Corey to live together.

Dev drops an ultimatum; Asha either focuses on her education and leaves Corey, or she can move out and live with him, unsupported.

Will Asha decide to leave the Street?