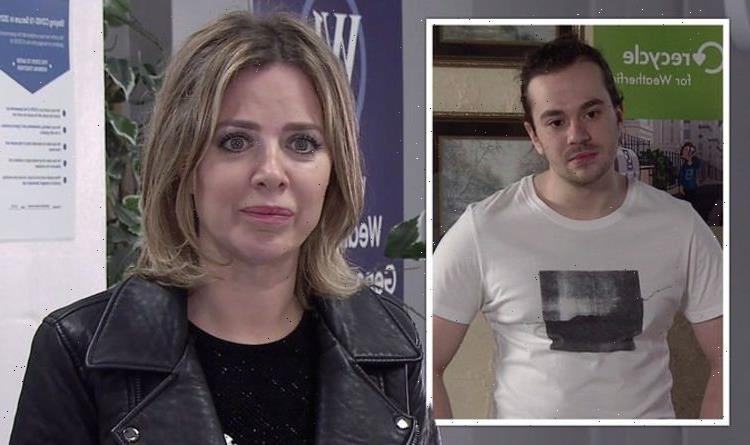 Coronation Street: Shona says Sharon is 'up to something'

Coronation Street fans are set to see Nina Lucas (played by Mollie Gallagher) and Seb Franklin (Harry Visinoni) put in grave danger next week, as the pair become victims of a violent attack. Seb’s mum Abi Franklin (Sally Carman) is currently engaged and set to marry Kevin Webster (Michael Le Vell). However, according to official soap spoilers, the wedding will be canceled after Seb and Nina are hospitalised.

In upcoming scenes, Nina and Seb scour the internet for a suitable necklace for Abi on her wedding day.

Seb even makes a light hearted comment about buying Nina an engagement ring.

Next, Seb suggests to Nina that perhaps they’ve taken things too quickly and that he should move back out.

But, Nina’s taken aback by Seb’s comments and begins to question his feelings. 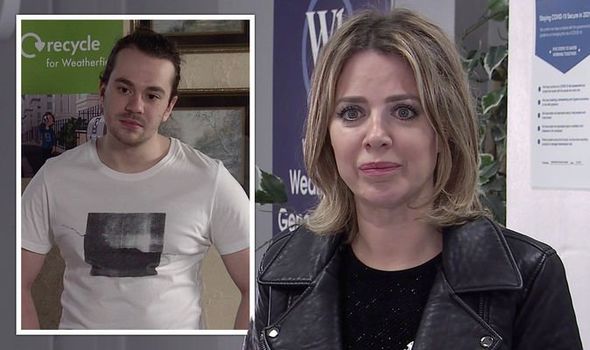 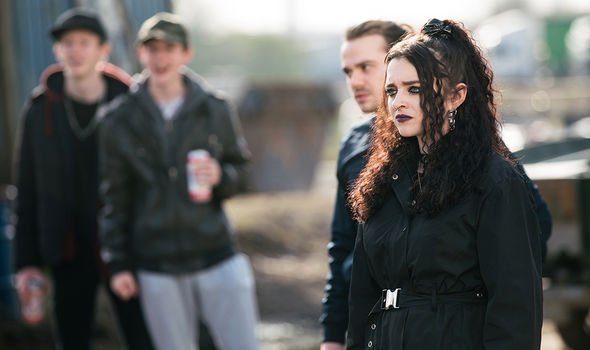 Later on, Nina and Seb are walking along the canal when they come across Corey Brent (Maximus Evans) and his gang.

As Seb and Nina run away, the gang chases the couple and they find themselves subject to an unprovoked and vicious attack. 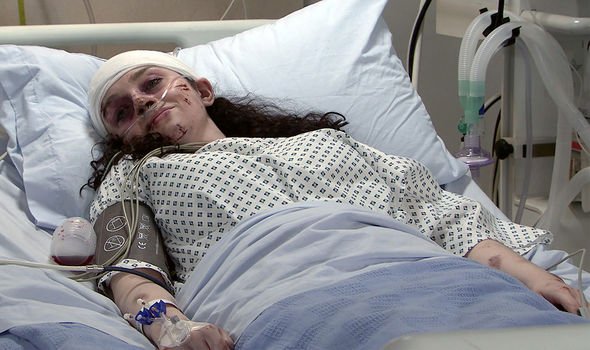 The stags and hens continue their celebrations oblivious to what has gone on until the police arrive on the street.

The police officers break the devastating news that Nina and Seb have been attacked.

In the hospital, the nurse explains to Roy Cropper (David Neilson) how Nina sustained several blows to her head and is currently undergoing an operation.

As a shocked Abi takes in the extent of Seb’s injuries, the doctor assures her that they are doing everything they can and are hopeful he’ll make a full recovery.

The doctor explains to Abi that they’re going to run some tests on Seb but worried sick, she asks Kevin to cancel their wedding.

As Kevin rushes out, Abi listens to the voice message Seb left just before he was violently attacked.

Feeling emotional, Abi tells Seb how much she loves him as he’s taken off for his scan.

Still in the hospital, Nina regains consciousness and reveals to Roy and Abi that all she can remember of the evening was seeing Corey and his friends.

Seeing Corey and Asha outside their flat, Abi storms over and demands to know what happened.

Later on, the police question Nina about the events of the evening, but her memory is weak.

Nina recalls how she and Seb went for a walk and saw Corey and Kelly, but she struggles to remember anything about the attack itself.

The doctor tells a worried Abi that the results of Seb’s tests came back inconclusive, so they’re going to repeat them. Abi does her best to remain positive but will Seb recover?

Speaking about the storyline, Seb actor Harry said: “I have had several meetings with the Sophie Lancaster Foundation over the last few months

and Sylvia has told me in detail about the events that transpired in 2007 which were absolutely horrific and it was difficult and very moving to hear that first hand account of what happened.

“They discussed with me in detail the current British laws surrounding hate crime and the fact that in most instances where alternative people are subjected to violence or abuse it is failed to be categorised officially as a hate crime, which is incredibly frustrating and something that has stood out to me as an injustice.

“Sophie Lancaster was murdered as a product of ignorance, blind hate and prejudice.

“People are prejudiced towards others because of a lack of understanding, and assume that someone is something because of the way that they outwardly express themselves, but everyone should have the right to be themselves and feel safe in doing so.”