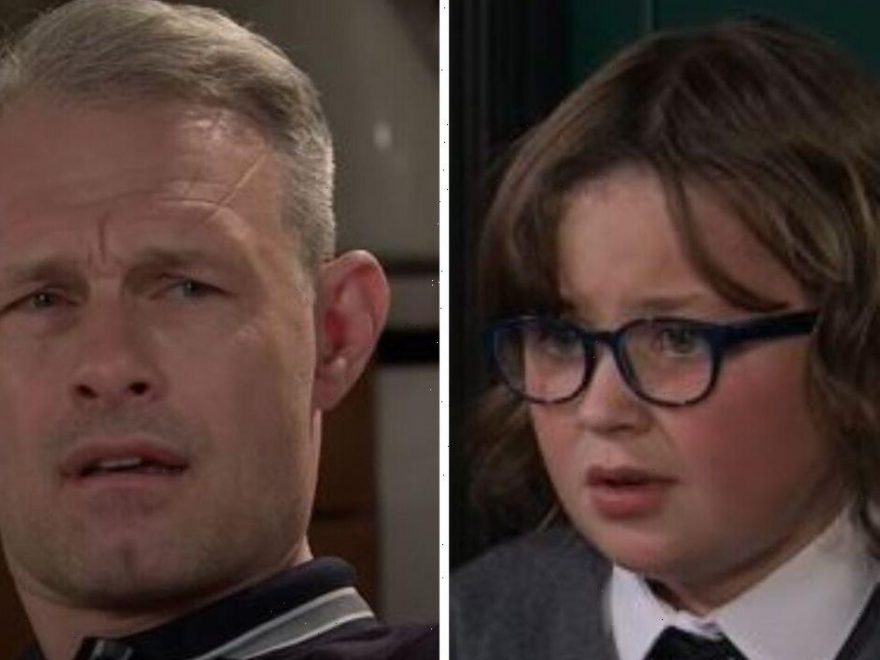 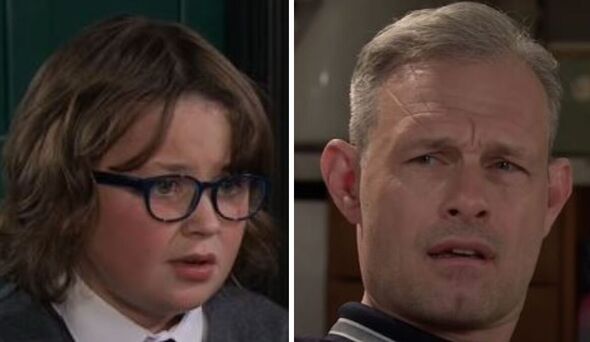 Over the past few weeks, Coronation Street fans have watched the Bistro boss get blackmailed by Damon Hay (played by Ciarán Griffiths) in order to run drugs through his restaurant. However, in scenes set to air next week, things could take a turn when the criminal gives Nick’s Tisley (played by Ben Price) son Sam Blakeman (played by Jude Riordan) some advice.

Nick’s been keeping it a secret from Leanne Battersby (Jane Danson) that their business is being used to smuggle drugs as he doesn’t want her to find out about the criminal activity.

It comes after Damon threatened to expose the secret payout he got from Harvey Gaskell to his partner if he refused to accept the criminal offer.

However, in scenes set to air next week the Bistro owner may be about to reveal all after his son starts to follow in Damon’s aggressive footsteps.

To try and raise takings for the restaurant, Nick and Leanne set up for a “Boozy Night” event with Damon getting his DJ kit to set the right vibe for the evening.

While Amy, Carla and Tracy gossip over Max’s guilty plea as they knock back the drinks, Nick grows increasingly concerned when he spots Sam learning how to use the DJ equipment by Damon.

His worry then grows to frustration when he later returns home and finds Damon speaking to Leanne about a new business idea for the bistro.

Later on, Sam turns to Damon to get some tips on fighting from the criminal who is more than happy to offer some inappropriate advice.

Still smuggling drugs through the restaurant, Damon tells  Nick that he’s expecting a delivery at the bistro that afternoon with it being left to him to deal with.

At school Conny approaches Sam in the corridor, however, she’s thrown when he stands up to her and follows Damon’s advice.

Taking a call from the school, Nick is left stumped when they inform him that his son has been involved in a fight.

Defending himself, Sam confesses that he was in the scrap following tips from Damon.

Although he’s enraged that the criminal is starting to have an influence over his son’s behaviour, Leanne is left baffled at his overreaction.

In the end, the Bistro boss reveals all to his partner as he admits that Damon is really Harvey’s brother and he’s using the bistro for drug deliveries.

A theory by Express.co.uk suggests that Leanne is left furious at both Nick and Damon and storms off to find the criminal.

Confessing that Nick has told her everything, she demands that he stop running drugs through her restaurant and move his business elsewhere.

However, not one to take demands lightly, have Leanne and Nick put a target on their back?

Elsewhere in the soap, the cobbles got a new addition when Daisy Midgeley’s (played by Charlotte Jordan) estranged mum made a shocking arrival.

Although there’s little known about Christina (played by Amy Robbins), the actress teased that there’s drama ahead between her character and Jenny Connor (Sally Ann Matthews).

Speaking on Lorraine about the upcoming battle of the mums, she said: “It’s fiery, it’s very fiery because they’re both competing for their daughter’s love.

“In my case, not getting very much back, to begin with.”