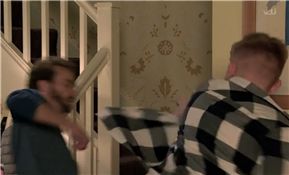 The siblings – who are both David Platt’s children – decided that their cousin Sam was a target for their abuse tonight. 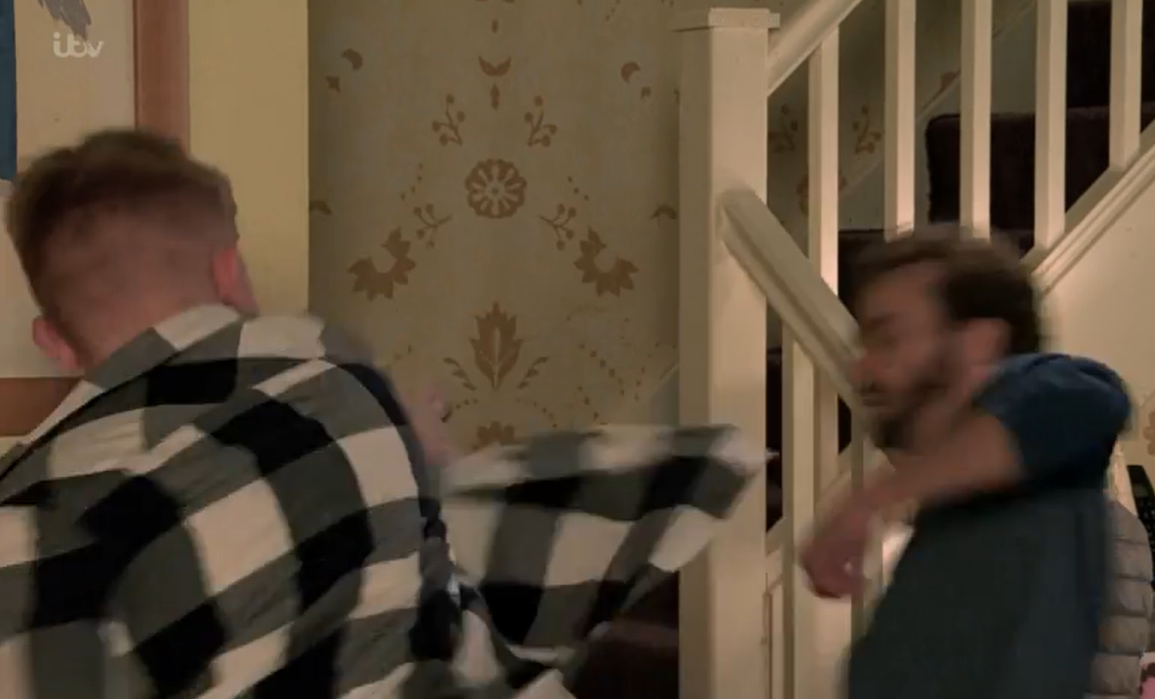 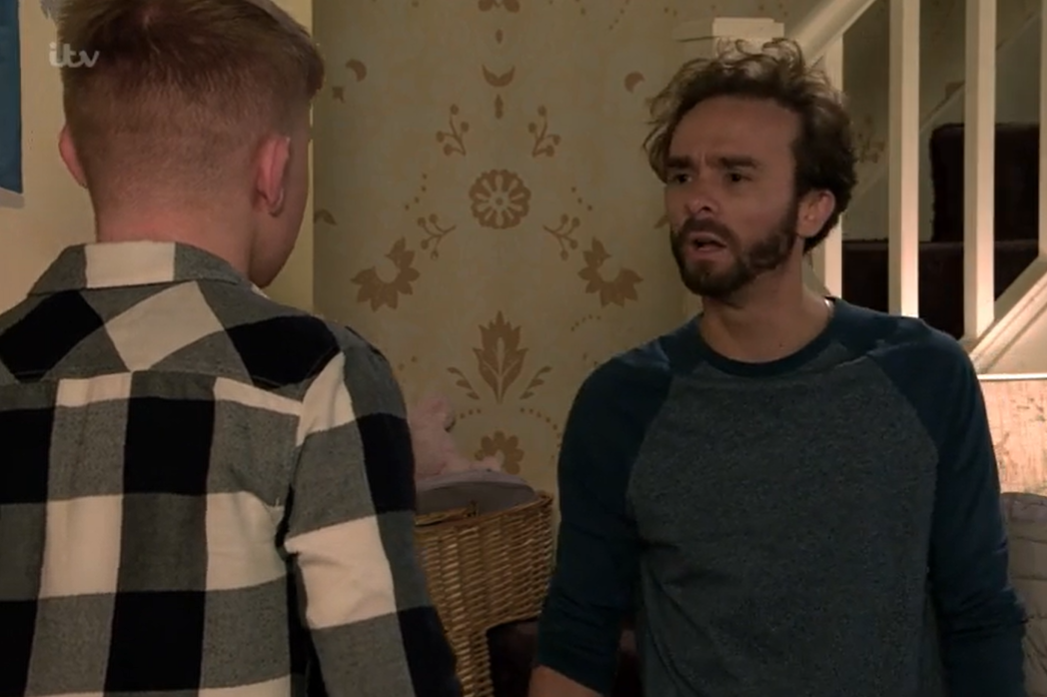 Max made a disgusting video for social media about Sam’s murdered mum – before filming Sam for a sequel in the place Natasha was gunned down.

Sticking the camera in Sam’s face, Max tried to force him to talk about the tragedy.

He only stopped when Nick found Summer Spellman in his flat confronting Max about the video.

But when Max wouldn’t tell him what it was – Nick left to find Summer to explain, and Max followed.

Meanwhile Lily decided to lock Sam onto the balcony in an effort to force him to speak.

Viewers know he’s been so traumatised by seeing his mum’s body that he’s completely shut down all communication.

So when Lily began to choke on her lollipop while tormenting Sam, he couldn’t raise help.

It was only when he panicked and knocked his telescope off the balcony that Roy Cropper rushed in to save Lily’s life.

After Nick caught up with Summer and she explained everything Max had done, she apologised.

She told him: “I’m so sorry, if anything I feel like I’ve encouraged the little creep.”

A furious Nick confronted Max telling him: “What were you thinking? You know Sam’s struggling. It’s sick.

“It’s a video nasty. It’s all about Natasha and the sinkhole and played out like some trashy conspiracy theory. What were you thinking?”

Max had no answer and later took a swing at David when he tried to punish him.

One wrote:  "Wow, I can't believe Max took a swing at David! What the f**k is wrong with that kid?"

A second said: "Max the vicious little s**t. What a nasty piece of work."

Another mused: "Max turning into his real father. Been building up to it for a longtime. It's all in the genes."