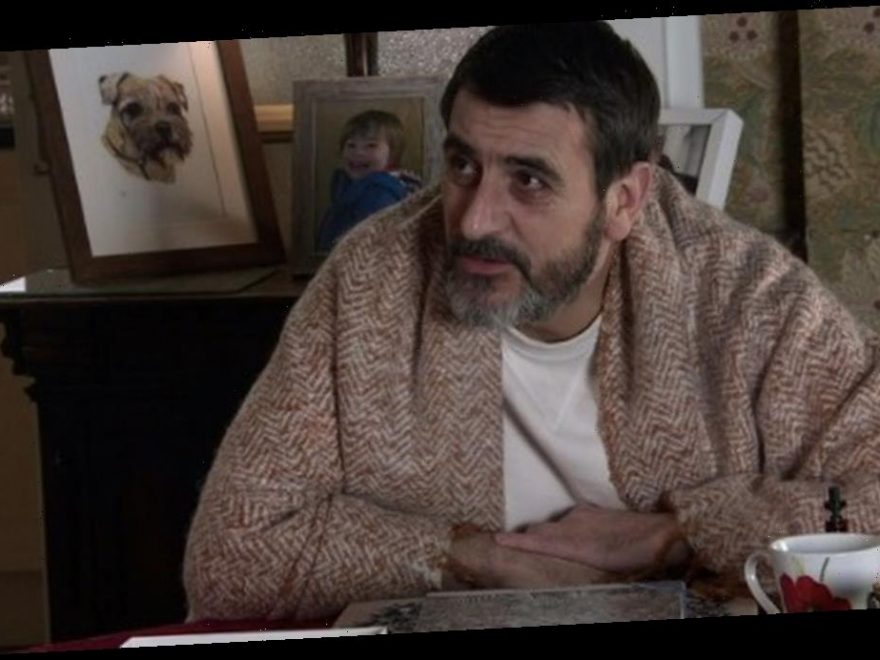 Peter Barlow's health has been on the rocks on Coronation Street, as he recovers from alcoholism with the support of his family.

As part of his recovery, Peter, played by Chris Gascoyne, has been taking up wholesome hobbies – like doing jigsaws – to occupy his time.

Friday's episode saw Peter launch into a 1,000 piece jigsaw in the living room, plotting out each piece as he chatted with Carla Connor (Alison King).

However, eagle-eyed viewers at home were confused when they realised Peter was putting the jigsaw together on what looked like a small chopping board.

Taking to Twitter, Corrie fans pointed out the jigsaw was likely far larger than the chopping board, making it impossible to finish the puzzle successfully.

One wrote: "Peter's never going to fit his 1000 piece jigsaw on that little chopping board!"

"Good luck with doing that 1000 piece jigsaw on a chopping board Peter," added a second.

Leanne Battersby (Jane Danson) called by the house this evening, seeking Peter's help after learning Simon (Alex Bain) has got caught up in drug dealing.

Driving Leanne to breaking point, Simon and his dealer friend Jacob have been bagging up their goods in the flat, working for a mysterious crime boss.

Desperate for help in saving their son from prison – or worse – Leanne felt she needed Peter on her side in rescuing Simon.

However, before she could speak with Simon's dad, Carla pleaded with her, revealing Peter was too ill to handle the news.

Instead, they spun Peter a story about Simon doing poorly in school, claiming he was struggling to focus following the death of Ollie.

Carla then promised to sort out the heavies on Simon's behalf, as she confronted teen Jacob about his friendship with Simon.

Unfortunately, Carla's threats only made matters worse, sucking Leanne and Simon deeper into the dark underbelly of Weatherfield's gangs.

Will Peter realise what has happened to his son before it's too late?

Coronation Street airs on Mondays, Wednesdays and Fridays at 7.30pm and 8.30pm on ITV.