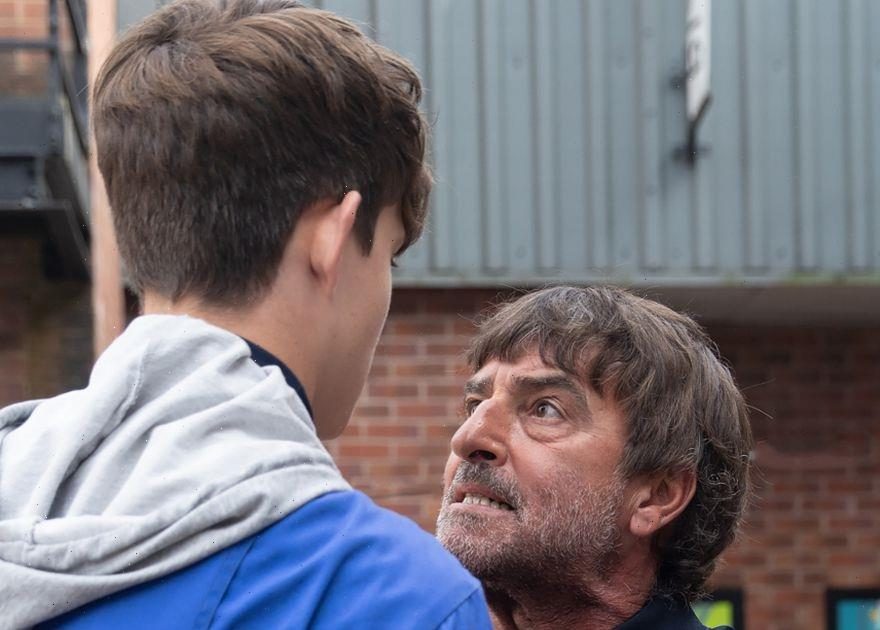 The Weatherfield mechanic reveals to girlfriend Summer Spellman (Harriet Bibby) that he has confiscated his dad’s wallet to stop him buying booze and has discovered a bag of cannabis.

Billy Mayhew (Daniel Brocklebank) and Todd Grimshaw (Gareth Pierce) are left gobsmacked to find a giggly Aaron and Summer in the flat off their faces on freshly baked weed brownies.

With the bishop due to visit any minute, Billy’s appalled and sends them off to hide in the bedroom.

Todd catches the bishop about to try one of the brownies and yells at him to stop but is it too late?

Billy resumes lecturing Aaron on the dangers of drugs until Summer snaps that she’s sick of being told what to do.

Later in the week, Aaron’s dad arrives at the garage visibly drunk and volatile and threatens Aaron over the stolen cash and weed. He is sent packing by Kevin.

Aaron later meets up with girlfriend Summer and she's left extremely shocked to discover that his dad was waiting for him and attacked him when he got home.

Having heard from Fiz Stape (Jennie McAlpine) about Aaron stealing weed from his dad, Paul Foreman (Peter Ash) calls at the flower shop flat and lays into Aaron for leading Summer astray.

When Paul grabs his bruised arm, Aaron winces in pain and lashes out, punching Paul in the face. Summer watches in shock.

Paul tells Billy he’s reporting him to the police. But when Aaron explains to Billy that his dad regularly beats him he's sympathetic and heads off to stop Paul reporting Aaron. Will he get to him in time?