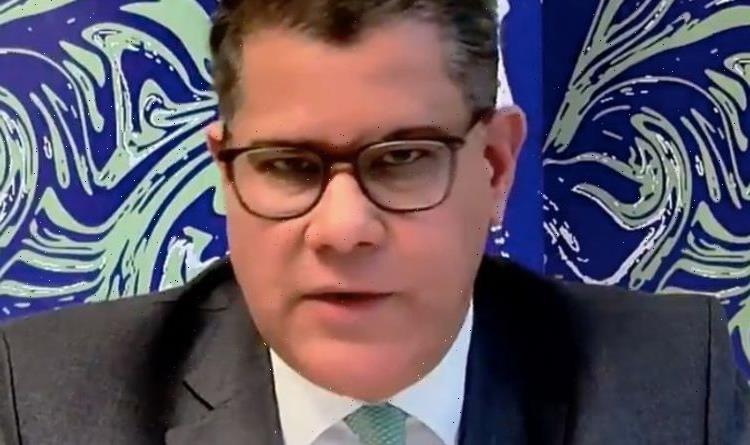 Newsnight: Alok Sharma says he has a diesel car

Alok Sharma assured BBC Newsnight presenter Kirsty Wark that his next car “will almost certainly be an electric vehicle”. The COP26 President has been leading the Government’s efforts to promote a more sustainable way of living in light of a damning report from the United Nations on Climate Change. Mr Sharma’s comments about his car sparked fury on Twitter, with several accusing the Tory MP of pushing for a “do as I say not as I do” message.

When asked by Ms Wark about what type of car he drives, Mr Sharma said: “I actually have a diesel car along with millions of other people.

Mr Sharma also discussed his concerns about the Tory backbenchers in the net-zero scrutiny group who do not want working-class voters to pick up the bill for expensive green policies.

He said: I think what’s important is for all of us to understand that actually, the cost of inaction is far greater than the cost of action when it comes to dealing with climate change.

However, Twitter users have criticised Sharma for owning a Diesel car.

One user wrote: “Until the rich & those in positions of power start following what they preach then the public will not follow, it’s very simple.”

While another commented: “Mr Sharma please don’t talk about what you might do, use an electric car now, stop using diesel.”

Another said: “Obviously he can afford to buy one. The climate change meeting why aren’t they all doing it online instead of travelling from their country.”

And one added: “Do as I say, not as I do. @AlokSharma_RDG can certainly afford an EV & probably claim back the cost and yet HE is doing nothing about it, despite his Government responsibilities.”

Mr Sharma is leading Cop26, the climate summit in Glasgow in November.

He has said that the world is “dangerously close” to running out of time to stop a climate change catastrophe.

The Conservative MP told the Observer: “We can’t afford to wait two years, five years, 10 years – this is the moment.

“I don’t think there’s any other word for it,” he said.

“You’re seeing on a daily basis what is happening across the world. Last year was the hottest on record, the last decade the hottest decade on record.”