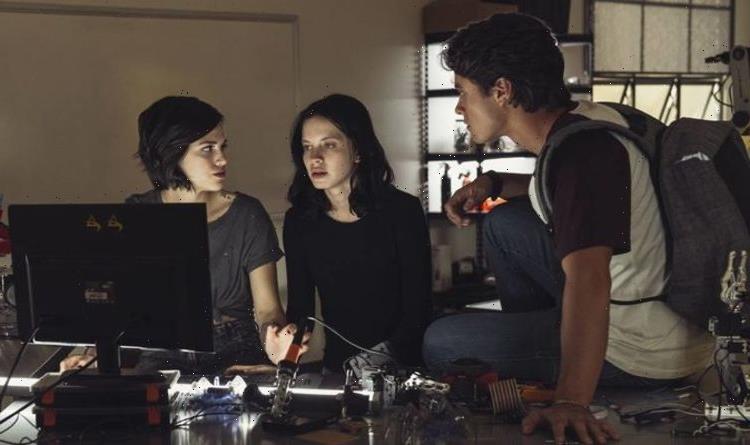 Spanish teen drama Control Z was a hit when it was released on Netflix in May last year and now a second series is on the way. Season two will be out tomorrow, Wednesday, August 4, with another hacker causing mischief who needs to be stopped. Here’s everything you need to know about the cast of Control Z season two.

Who will be in the cast of Control Z season 2?

Sofia is the star of Control Z who was able to work out the identity of the hacker in season one.

While she may be seen as an outsider, this enables her to watch what is going on so will she be able to do the same in the next series.

Actress Ana Valeria Becerril is relatively new to the industry, with a few projects under her belt.

Her most famous role was in 2017 film April’s Daughter where she portrayed 17-year-old Valeria.

Alex is the computer whizz of the group and was a big help to Sofia in series one.

She has struggled to make friends at the school but is slowly starting to come out of her shell thanks to the investigation.

So how is she going to cope when she finds out another hacker is on the loose?

This is actress Samantha Acuna’s first-ever onscreen role according to her IMDB page.

Gerry was an antagonist in the first outing of Control Z on Netflix.

He was a school bully that pretty much everyone disliked from the get-go.

Javier was one of the main suspects in the Spanish teen drama last year.

He was a new student who came to the school shortly after the hacking incidents started.

This led everyone to think he could have been the one behind it all.

Actress Fiona Palomo is returning for season two after portraying student Maria at the school the first time around.

Fiona Palomo plays Maria in the Control Z series, who is also a student at the school where the hacking is taking place.

She will be in the film Ligando Padre as Aline which is currently in post-production.

Raul was a fellow student who tried to assist in finding out who the hacker was in series one.

Actor Yankel Stevan has also been in Como dice el Dicho and Waking Up With You.

Control Z is available to watch on  Netflix.