Hard to blame them honestly 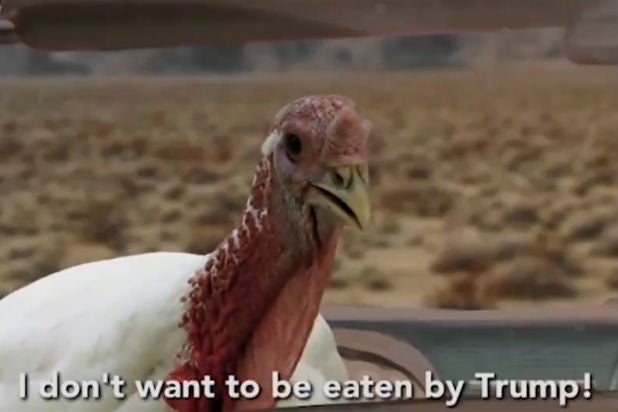 On Tuesday’s episode of “The Late Show,” Stephen Colbert took aim at one of the silliest recent presidential traditions (George H.W. Bush was the president who made it an annual thing, though JFK was the first to do it): the annual Turkey pardon, in which presidents ‘pardon’ a Thanksgiving turkey instead of having it killed and cooked.

Yes, the yearly event is mega eye roll, but since so many presidents have done it it’s not likely to go away any time soon. And so it is that on Tuesday, Donald Trump performed his final turkey pardon. This time, he was given a choice between two turkeys, one named “Corn” and one named “Cob.”

In the end, Trump chose to grant a formal pardon to “Corn.” However, unlike several federal prisoners whose executions were cruelly moved up by Trump’s attorney general — a blatant disregard of another presidential tradition, halting executions during presidential transitions —  Cob’s life was also spared by Trump.

But obviously things could have gone a bit differently, so it is that Colbert imagined what it would be like if Corn and Cob decided to make a break for it and go out like Susan Sarandon and Geena Davis in “Thelma and Louise.”

In the clip, which shows two turkeys in a convertible similar to the one from the classic 1991 Ridley Scott film, the passenger seat turkey frets that “I bet Trump won’t pardon either one of us.”

“He’ll pardon himself and eat us,” the driver’s side turkey says.

“I don’t want to be eaten by Trump,” passenger seat says. “What do we do?

And as they speed toward the Grand Canyon, passenger side asks: “Aren’t we flightless?” “Not anymore,” replies driver’s side. Cue a parody of the final moment of “Thelma and Louise.”

Click to see it here, or watch the clip below: