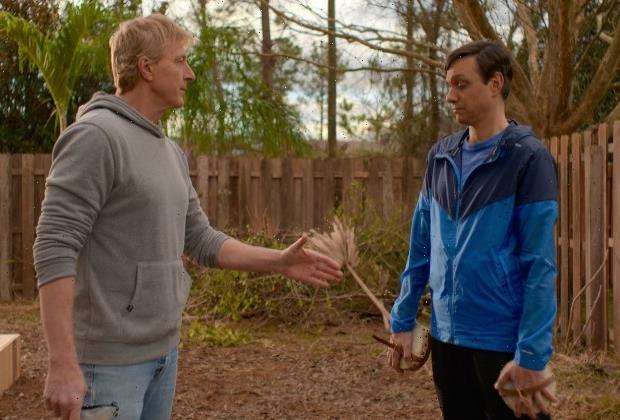 In the world of Cobra Kai, some rivalries turn into unlikely alliances, while other beefs may remain combative forever. But despite Daniel and Johnny’s seemingly squashed drama, that in no way, shape or form means things are going to be easy for the dojos.

“You’ve seen Johnny and Daniel’s relationship now for over 30-some-odd years, so to expect completely smooth sailing would probably be a mistake,” hints executive producer and co-showrunner Jon Hurwitz.

When we last left the dueling dojos, the two senseis (played by Ralph Macchio and William Zabka) put aside their differences to join forces against Johnny’s former mentor John Kreese (Martin Kove) and the usurped Cobra Kai. But as Hurwitz mentions, the two karate masters both cut their teeth with very different teachings. While Miyagi-Do provided Daniel with all of the life lessons he needed in conjunction with fighting techniques, Johnny was forced to find his own way, utilizing his own aggressive style born out of Cobra Kai, but morphed into his own brand of badassery. Their differences have only fueled the rift between them throughout the Karate Kid franchise.

In the upcoming Season 4 (all 10 episodes premiere Friday, Dec. 31 on Netflix), we’ll finally get our first glimpse of what happens when the two dojo heads attempt to put the past behind them. In short: It’s gonna be a bumpy ride.

“Johnny and Daniel have very different ideologies, and it has caused conflict throughout their lives,” says Hurwitz. “They do have a common enemy now and want the same things. Plus, they’d have had some breakthroughs because of the wise words of Ali Mills. But now it’s the two of them trying to teach a bunch of students together, so you can expect there to be some challenges, and the question that we’ll answer this season is how they respond to those challenges.” 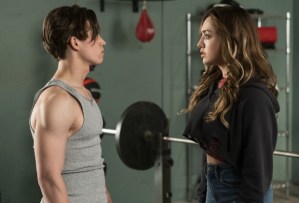 But the Johnny/Daniel pairing isn’t the only complicated dynamic that will be explored throughout Season 4. The contention between Sam and Tory (Mary Mouser and Peyton List) has “never been hotter,” says executive producer and co-showrunner Josh Heald. Coming out of last season’s throwdown in the Miyagi-Do dojo, Tory still carries “a lot of bad blood,” while Sam surges with confidence and a willingness to continue the feud.

“As the story unfolds in Season 4, that rivalry heats up, and as with any relationship, you have ebbs and flows in terms of who’s pissed off, who’s angry, who’s willing to bury the hatchet, and who needs to hash it out,” says Heald. “We are living with that rivalry as much as we ever have before.”

Fans will see even more of Tory’s backstory unravel, and the additional reveals about her family background may earn Cobra Kai’s fiercest female a bit of sympathy.

“One of our favorite parts of writing this show is that we switch points of view quite often, and we try to never present anyone as the villain or the bad guy,” he adds. “Everyone’s kind of a protagonist and everyone is kind of each other’s antagonist. Our goal is always to take you into these moments of intense confrontation where you really feel the motivations of both sides and at least [get] a mindset toward understanding what brings it to that moment beyond just a bloodlust or rivalry.”