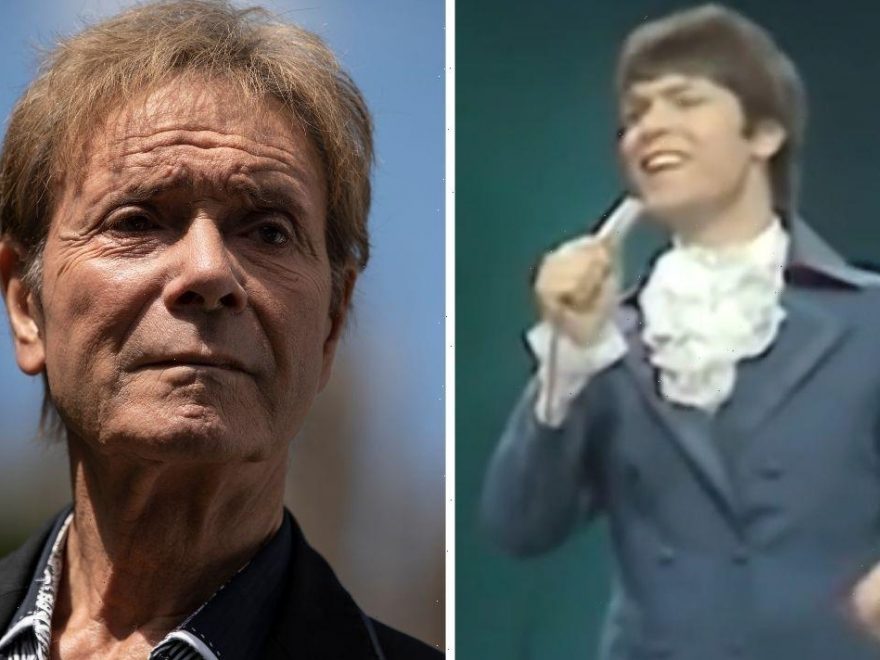 Eurovision: A look back at Cliff Richard’s results

The Eurovision Song Contest is being held this weekend and will see 25 countries competing against each other. TikTok star Sam Ryder will be representing the UK in the 2022 competition with his song Space Man. However, on Friday night, Channel 5 viewers tuned in to take a look back at Eurovision over the years. The show, Eurovision: Secrets and Scandals, looked at what went on behind the scenes and also heard from former participants.

However, during one admission it was revealed that singer Cliff Richard refused to watch the results when he narrowly missed out on winning.

Cliff sang his hit song Congratulations in the 1968 competition, which was hosted by Cilla Black.

The 81-year-old was the favourite to win the contest, although, he ended up finishing in second place behind Spain.

Cliff performed at the Eurovision Song Contest in 1973 in Luxembourg.

He sang Power To All Our Friends, but, once again he failed to win and came in third place.

Speaking about Cliff’s loss against Spain, Eurovision expert Dr Paul Jordan said: “In 1968 Cliff Richard was a big favourite with his song Congratulations, people were expecting him to win.”

He explained that Cliff gave a confident performance at the time, but when the results came around, the nerves started to set in.

Eurovision historian, Gordon Roxburgh went on to explain: “During the voting, he didn’t want to watch it.”

He continued: “The story goes that he had locked himself away in the toilets.”

TV historian Dick Fiddy added: “He was getting a huge amount of votes, he was doing very well.”

However, despite being the frontrunner to win, Cliff had a surprise rival from Spain, Massiel.

She was a replacement for an act called Joan Manuel Serrat, who had insisted on singing in Catalan.

However, Spain would not allow this and insisted that the entry should be performed in Spanish.

Massiel was only chosen to perform one week before the contest took place.

Their song, La La La proved to be a hit with voters, and so they knocked Cliff off the top spot.

Ahead of Saturday’s grand finale, the bookmakers have been predicting who could win the 2022 contest.

Ukraine is currently the frontrunner to win the competition with their entry Stefania.

However, according to experts, Spain could come out on top, as they claimed Spanish is one of the best languages to win Eurovision.

According to Preply’s research, Chanel was the second most searched act.

Chanel is representing Spain, with her song SloMo which incorporates both Spanish and English in the chorus.

Italy and Ukraine are among the other countries which are the most searched for.

Eurovision: Secrets and Scandals is available to watch on My5.