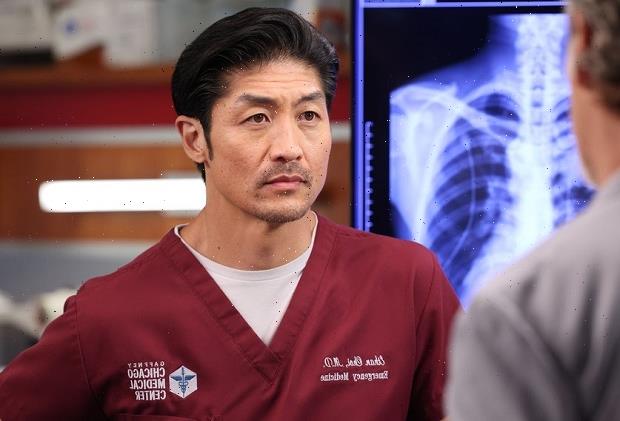 Chicago Med‘s Ethan and April aren’t just back together. They’ll also be working together again.

In a People exclusive first look at the couple’s upcoming wedding, which will coincide with star Brian Tee’s final episode on Dec. 7 (airing at 8/7c on NBC), co-showrunner Andrew Schneider reveals that following the nuptials, the pair will be “starting a mobile clinic so that together they can take first-rate medical care to underserved neighborhoods in Chicago.”

So while Dr. Ethan Choi will be leaving the hospital, he and his wife will remain in the Windy City, allowing for the opportunity for guest spots in the future. (Tee is already confirmed to return for Episode 16, but as a director.)

Ethan and April’s wedding was teased in the Nov. 16 installment, when their friends got surprise invitations to the event. Ethan explained to Dr. Charles that his dad’s death crystalized things for him, and that’s probably why things have been easier with April this time around.

Although Ethan’s Med colleagues were happily shocked by the news of the impending ceremony, the writing has been on the wall since the Season 8 premiere, when Yaya DaCosta made a surprise appearance as April. The two exes reconnected at the burial site for Ethan’s father and both reassured the other that they hadn’t gotten married in the time since they last saw each other. In a later episode, Ethan and April shared a heated dance at a night club, officially rekindling their romance.

“Both have evolved, professionally and emotionally, in ways that allow them finally to join their lives together,” co-showrunner Diane Frolov told People. “When they reconnected earlier this season, April saw that Ethan was now more open, less rigid; and Ethan realized he could now be the man she needed. This allowed the feelings both still felt for one another to blossom.”

Frolov went on to add, “We felt [the wedding] gave closure and a happy ending to the Ethan-April love story. It also felt like a compelling next chapter in his life as a doctor.”

Med fans, hit the comments with your thoughts on Ethan and April’s new journey!