Peter Mayhew, the beloved 7’4″ British actor who portrayed Han Solo’s Wookiee in five “Star Wars” films, has died at the age of 74.

Mayhew was the hirsute alien in “Star Wars,” “The Empire Strikes Back,” “Return of the Jedi,” and “Revenge of the Sith.” He received shared credit for the role (with Joonas Suotamo) in “Star Wars: The Force Awakens,” and was credited as Chewbacca Consultant in “Star Wars: The Last Jedi” and “Solo: A Star Wars Story.” 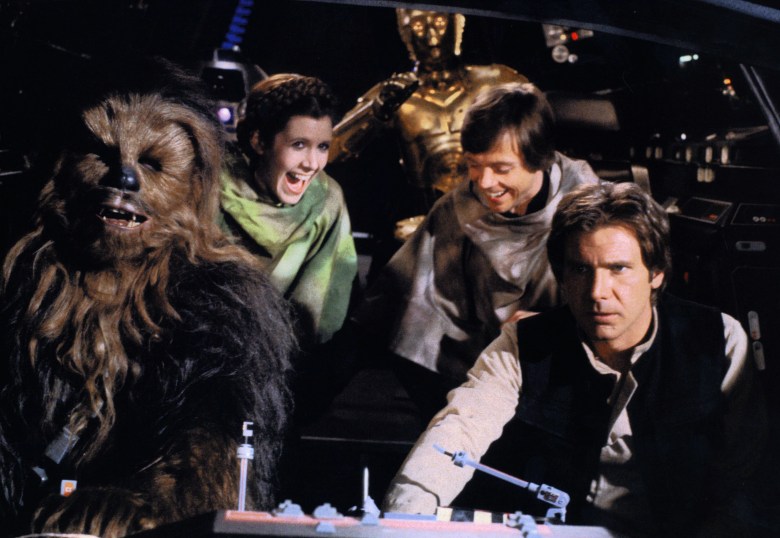 While “Star Wars” was warmly received by many critics, even the outliers could not resist the charms of Chewbacca. Writing for the Sydney Morning Herald in October 1977, critic Helen Frizell said:

But Star Wars was not science-fiction, not satire. It was black-suited villains versus the goodies in space. It was battle after battle, aerial dogfight after dogfight, even a spoken “This is it, chaps.” It was stupid humanity carrying on as violently as usual. The creature I liked most in the film was not human. He was Chewbacca, the Wookie, who was a very competent co-pilot of a fighter craft. His hairy face, said to he apelike, resembled an Australian terrier. (They’re nice, bright little dogs.)

According to his own Facebook page, Mayhew was discovered when he was an orderly at King’s College Hospital in London. “Star Wars” creator George Lucas saw a photo of him in a local paper, in which he held a patient in his arms.

Mayhew became a naturalized American citizen in 2005. At the time, he told the Today show that when he takes his oath to become an American he’d recite what he can remember and “it will be a Chewie growl for the other parts.”

Mayhew and his wife, Angelique, lived at their pecan farm in Boyd, Texas, a community about 60 miles northwest of Dallas. He founded The Peter Mayhew Foundation, a nonprofit organization “devoted to the alleviation of disease, pain, suffering, and the financial toll brought on by life’s traumatic events.”