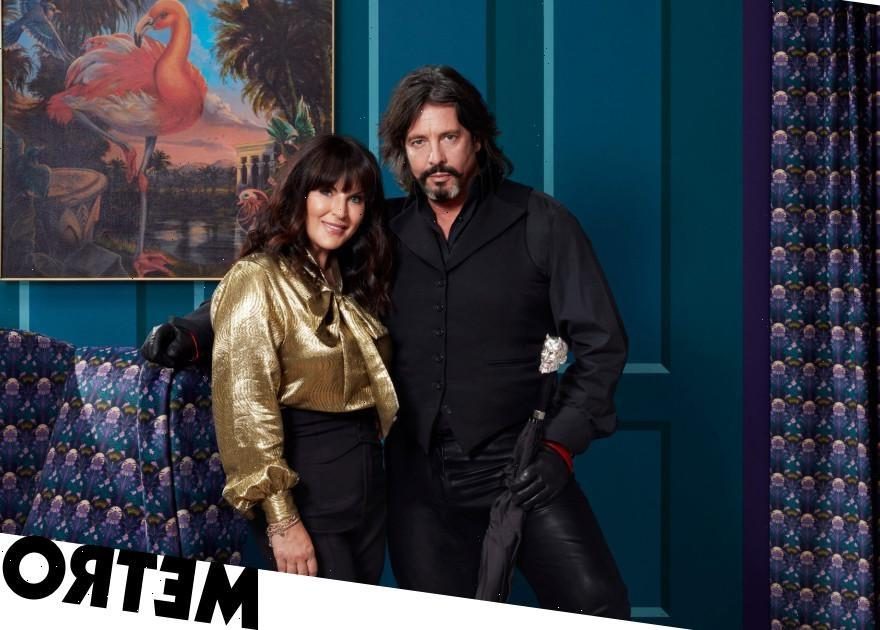 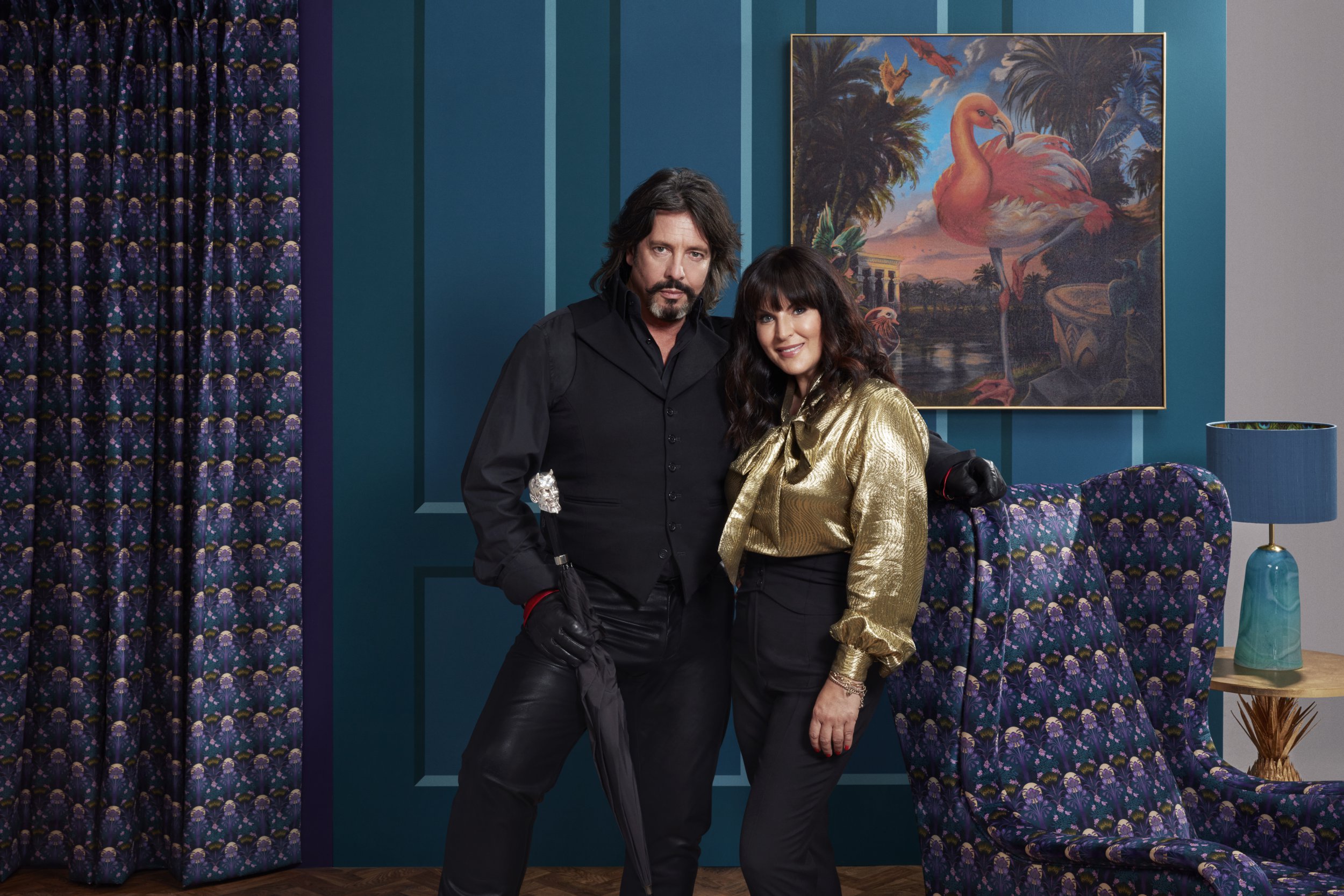 For anyone not around and conscious in the 1990s, the return of Changing Rooms won’t mean that much to you – just another home makeover show, isn’t it?

But for those of you who were, you know it’s a whole other kettle of fish – and we would be surprised if a kettle of fish was suggested as ‘quirky’ dining room centrepiece by Laurence Llewellyn-Bowen.

After 17 years off our screens, the definitive home improvement show is back to potentially destroy the friendships of neighbours nationwide in the name of dado rails and feature walls. Considering the original series – all 17 series of it – isn’t available to stream, it’s remarkable how much of an imprint it has on my brain. I was 14 when the show ended, and I can still viscerally remember a floor being painted black and not drying quickly enough, leaving the entire design team locked outside the room. I giggle every time I think about the Greek nudes carved out of MDF – because you can’t get marble on a BBC budget – tacked onto a four poster bed. And the teapots. Oh, the teapots.

If you ask anyone about the most memorable moment of Changing Rooms, they’ll say the teapots. It’s basically ‘where were you when JFK was shot’ but for primetime home improvement. Linda Barker decided to display a woman’s priceless teapot collection on floating shelves in the middle of a room, much to the horror of her friends. They added too many books to a spare shelf, the entire contraption collapsed, and the teapots were no more. It was stomach-churning stuff.

But eventually, the constant fury of homeowners whose beloved homesteads now resemble an early 90s nightclub or a Roman bath was too much to bear, and Changing Rooms was laid to rest. However, the BBC’s loss is Channel 4’s gain, as they are rebooting the show with no Carol Smilie, no Linda Barker and no Handy Andy, but Anna Richardson off of Naked Attraction, a camp designing team Jordan Cluroe and Russell Whitehead, and a very capable carpenter and joiner named Tibby. Laurence Llewelyn-Bowen, aka the Notorious LLB, is of course back, he’s harder to shift than the ghost of those teapots.

However, even as a devoted fan of the show, I was concerned. Would Changing Rooms be the same, having been wrenched out of a time where wall stencils were the height of contemporary interior design and into an era where we are all fluent in Ikea?

Tonight’s first episode says – yes and no. Laurence is as bananas as ever, introducing himself to postwoman Lisa and her daughter Kirsty by staying absolutely still and reclining on a sofa in a pair of leather trousers like he was posing for Jack Dawson on the Titanic. He told them that his concept for their friend Claire’s sitting room was ‘Forever Peacocky’ (‘We are travelling to the floating palace of Udaipur’), and after they warned him the only colour Claire doesn’t like is pink, he cracked open a tin of paint to reveal the colour… Flamingo Pink. ‘The new trend is maximalism,’ he proclaimed through his dandy moustache, as if we ever thought he’d be got dead recommending beige or magnolia. 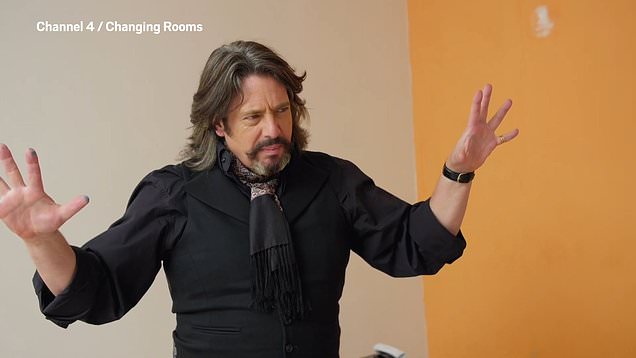 LLB also proves he’s learned absolutely nothing from the last few decades by telling a startled Tibby that he wants to suspend a swing seat with a rattan headboard from the ceiling, to ‘prove as a programme that we can hang things from the ceiling’. Knowing that the reference may not land with anybody younger than 30, host Anna instructs viewers to Google the teapot incident.

Meanwhile, on the other side of the street, Jordan and Russell fit into the suitably bonkers mould by telling Claire and her friend Jo that their theme for Lisa’s bedroom was ‘Shantay Swansea’, modelled on a drag show on the Las Vegas strip. Features include making chains out of clay, decorating vases with decorator’s caulk guns, and making ‘stroke-able art’ from a bag of blonde wigs. Once the hair was pinned to a board, I had high hopes for utter carnage.

But when it came down to it, the finished designs were, well, a bit underwhelming. Yes, there was an explosion of pink and purple in the bedroom, and yes there was a swing seat hanging from the middle of a living room ceiling. But it was all highly finished, relatively tasteful, if not a bit mad, and if you took down the wig art, you could totally live with all of it.

I think what’s missing for me was the sense of naffness that came with the original Changing Rooms. As skilled as all the interior designers and carpenters were, every room came away looking a little bit crap. You knew only one side of the door was painted, there was always one accessory too many, and the colours never matched. But that’s what gave it its hysterical charm. Now, sponsors Dulux aren’t going to let the designers pick terrible colours, and everything looks polished and Instagrammable. I don’t think we’ll see a single neighbour sever their relationships after this series, and that’s a crying shame.

There is hope, though. Anna Richardson is as charming as ever, especially in a segment where she put everyone through a drag name generator (‘Mine is Lusty Gobbles’), and is a great replacement for Carol Smilie (and Davina McCall, who had to drop out). Laurence Llewelyn-Bowen is an absolute enigma who should never be off the television, and I am already warming to Tibby, who I would trust with my life and want to teach me how to use power tools safely.

And thankfully, it seems the designers can’t stay away from their cheap substitutes for long. In the opening credits, a snippet from a future episode hears Laurence proudly say: ‘We’ve got lots of MDF cut into weird shapes. It’s like we were never away.’

Changing Rooms with Dulux is on Wednesdays at 8pm on Channel 4.