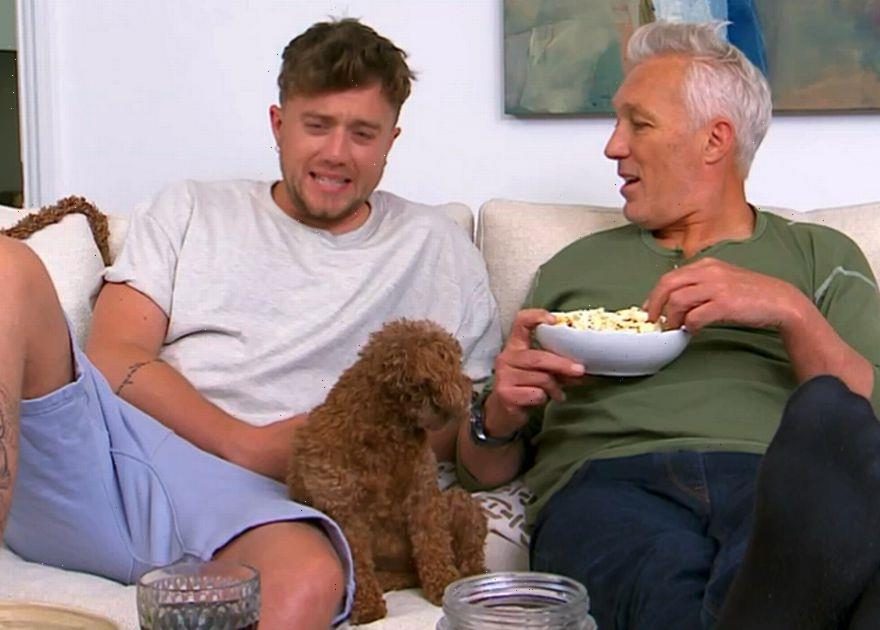 Roman Kemp has shared an update about his love for football, admitting he has to go to extra lengths to continue playing his beloved sport.

The Celebrity Gogglebox star who is currently appearing on the Channel 4 show alongside his dad, Martin Kemp, shared that he has been made to protect his balls at all costs.

Roman, 29, is an avid footballer and has even taken part in Soccer Aid, playing for the Rest of The World team having been born in Los Angeles, USA.

But it appears his footballing dreams were close to being over if he didn't protect himself.

But Martin, 60, appeared to have other ideas, suggesting his youngest child, Roman should invest in a pair of Spanx to help him.

"Why would I need Spanx?!" asked Roman, before Martin explained he was merely asking if Roman had worn them.

"A couple of times," confessed Martin after Roman decided to ask whether he had invested in any over the years.

He added: "If I've been out once or twice and I've felt a bit weighty," before adding: "If you put a pair of Spanx on, you lose like an inch."

"There's nothing sexy about that, about Spanx," added Roman before asking what colour Martin had invested in.

Martin went on to joke: "Flesh colour, yeah, you look a bit like Kim Kardashian."

Roman recently revealed he became flustered when he met Catherine, the Duchess of Cambridge backstage at Party at the Palace during the Queen's Platinum Jubilee celebrations.

Speaking to Kirsty Young on the BBC, he said: "I'm terrible at royal protocol when you meet a royal and what you have to say.

"I make mistakes all the time – yesterday, Princess Kate was there," before Kirsty corrected him by saying "the Duchess of Cambridge,"

Roman gushed: "She looked amazing," before adding: "I saw her and she said, 'you look great' and I said to her 'wow, yeah you look really fit!'